Getting Your Kids Into Video Games 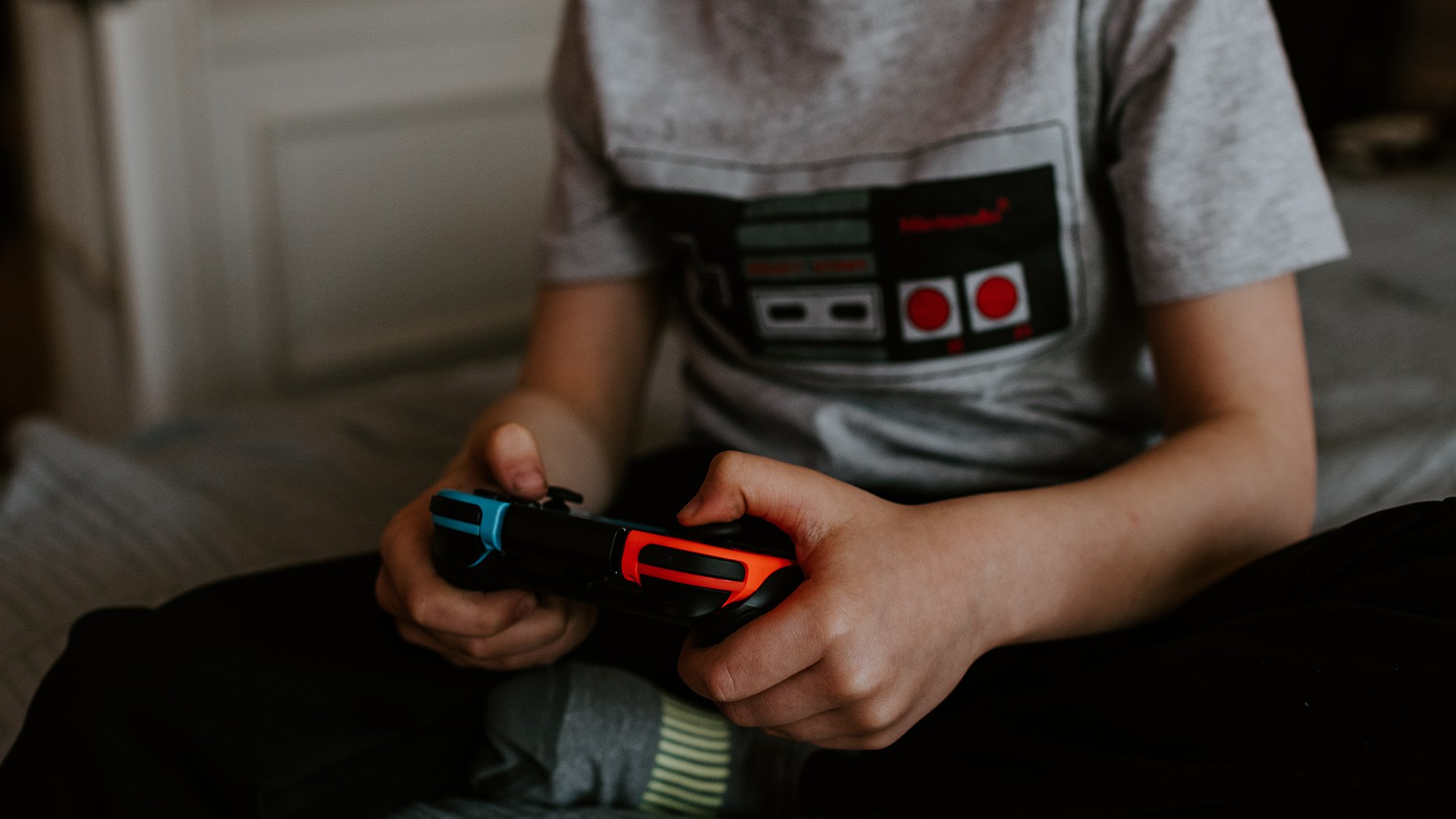 My grade schooler just completely trashed me at Mario Kart 8 Deluxe. Hey, some parents groom their kid for the gridiron. Some make sure their children appreciate the arts. Me? I’m using video games to prepare my kid for the real world. With that in mind, let me tell you a little about some of the video games I love playing with my kid – and why.

You see, as a dad that works in the game industry, of course I want to share with him my love for the craft. However, I have two commandments that I use when picking out games to play with my kid:

Thou Shalt Pay Attention. This is kind of a no-brainer, but my kid is early on in the game and I’m introducing him to concepts. So I pay attention to what he likes: Lego, board games, sports, cars, and Pokemon. Oh my lord, so much Pokemon. From there, I start doing a little homework to find games that might fit well into what he enjoys.

Thou Shalt Play Together. This is a big requirement for me. I could write a treatise on why couch co-op video gaming should always be a thing. When I was growing up, it was all about your buddy (or parent) sitting next to you, playing. This is simply a natural way for you to bond more with you kid – and, good news, it’s fun! Even just cheering on your child as he plays is a totally valid option as well.

Now...onto some of our current favorite themes!

Exploring Together With Pokemon

I blame Pokemon Go. It started simply enough. Take the kid out for local hikes, hop on a train and discover new areas together, learn about landmarks...and, yes, catch Pokemon in the park. All built into a game tied to your phone. We would roam the world together, mastering ball-spinning techniques and conquering Gyms as a team.

As soon as Pokemon Sword and Pokemon Shield came home, though, that all changed. These ingenious games borrowed some of the same mechanics that my child and I loved from Pokemon Go. Namely, they encourage multiple players to team up across the game’s digital world. Travel, hang out in camp together, even battle oversized Gigantamax-grade, Godzilla-sized creatures. So, with two Nintendo Switches in the house, we both traveled the Galar region together.

Another nice thing about the games - in the age of forced improv-schooling - is that there’s ample dialogue to read and math to be done. As a part of our regular gaming sessions, kiddo must read the conversations out loud with me. And he needs to calculate energy and health and how much he needs. It ain’t a school textbook, but I’m using the things that he loves doing to help teach him the basics. Like how to properly spell Pikachu, apparently.

Working Together to Solve Problems

Exploring a world together is always fun, but how about solving puzzles and tackling challenges as a team? The Overcooked games and, more recently, Totally Reliable Delivery Service, are both ridiculous examples of how to function as a team.

The Overcooked franchise has you working as different members of a crazed kitchen staff, running around racing the clock to complete meals. You ever try to corral a kid into following orders to successfully complete a task? Now imagine trying to do that in a video game. There’s a very good chance you will fail in any given round of Overcooked....but that is half the fun. Fair warning, though: Some households may devolve into people shouting orders to each other - literally too many cooks in the kitchen. Just trust me on that one.

In Totally Reliable Delivery Service, you have goals, sure, but those are more there as suggestions. Here, it’s an open world for you to explore and goof around in as you deliver (or destroy) packages. You’re encouraged to work as a team and deliver packages, but our play sessions have just devolved into slapstick comedy. So far, he’s fired me out of a cannon. He’s pushed me out of a hot air balloon, mid-flight. He even yanked me out of a moving delivery truck. It’s gotten to the point where we have more fun figuring out new ways to mess with each other while “on the job.”

Even games meant as single player experiences, like Untitled Goose Game, can fit that team puzzle-solving need. It could be the storybook-esque visuals, the soothing soundtrack...nah, most likely it’s this honking wise-quacker whose sole mission is to mess with people. Honestly, half the time playing Untitled Goose Game as a family, we would just experiment to see how the player-controlled goose could disrupt the town. Drag away someone’s newspaper. Get a gardener soaked by his own sprinklers. Really, any round of playing just devolves into us pushing the “honk” button and cracking up.

Getting Competitive With Your Kids

There are plenty of ways to compete with other players, but how many of them instill that healthy sense of competition while still retaining the fun in the process? My kid’s preferences range from board games and driving to….well, virtual food fights. Let me explain.

One of the major pastimes in the Gladstone house: board games. Well before the COVID-induced lockdown, we enjoyed a healthy dose of the dice rolling. There have been a few waves of digitized versions of tabletop games ranging from Catan to Uno, but Super Mario Party (on the Switch) is in a class all its own. While you are navigating a virtual board with the goal of collecting coins and stars, you’re also competing in mini-games. There’s an awful lot of shouting going on as we go head-to-head or play in teams.

Craving some wholesome - but competitive - head-to-head gaming? We have two unique options that we switch between. Rocket League and Butter Royale are our favorites. My kid likes both because he can play online or off. When online, he doesn’t need to chat with anyone. He can just jump in, play, and leave when he’s done. No risk of hearing something he shouldn’t.

If you're not familiar with either of these games, Rocket League is essentially supercar soccer. Drive a car in an indoor arena with the goal of scoring on the opposing team. Funny enough, I’ve actually used this game to introduce my kid to the concepts of how you play soccer. Now, I’m concerned about him wanting to play a real-life version of this at some point. (For more information about Rocket League, check out our guide.)

Then there’s Butter Royale on Apple Arcade - the pun-tastical game that’s essentially a Fortnite food fight. Up to 32 players get dropped into a sizable map. As a flood of oozing butter forces players toward the center, they must battle each other with ketchup hand-cannons, sausage slinging machine guns...and...an RPG that launches french bread. No bloodshed, no penalizing folks for not having ample twitch-based shooting skills - just simple fun. When kiddo and I played as a team, we had open communications about where to go and who is covering who. Then he went lone wolf on me.

After a few rounds in the “butterfields,” I was getting creamed, both literally and figuratively, and enjoying every second of it. And, frankly, that’s all I could ask for when it comes to playing video games with my kid.

How’s my game time going so far with Darren 2.0? Am I truly training him for the real world? Well, so long as it doesn’t involve my little angel dropping banana peels behind him while driving my car in a few years, I’ll consider it a small victory. In the meantime, I will begin chronicling my life and death battles against my kid here soon in a series I like to call “Dad vs. Kid.”

Who do you think will win?

Editor's Note (05/15/2020): You can check out our first installment of Dad vs. Kid, featuring Animal Crossing: New Horizons, right here.