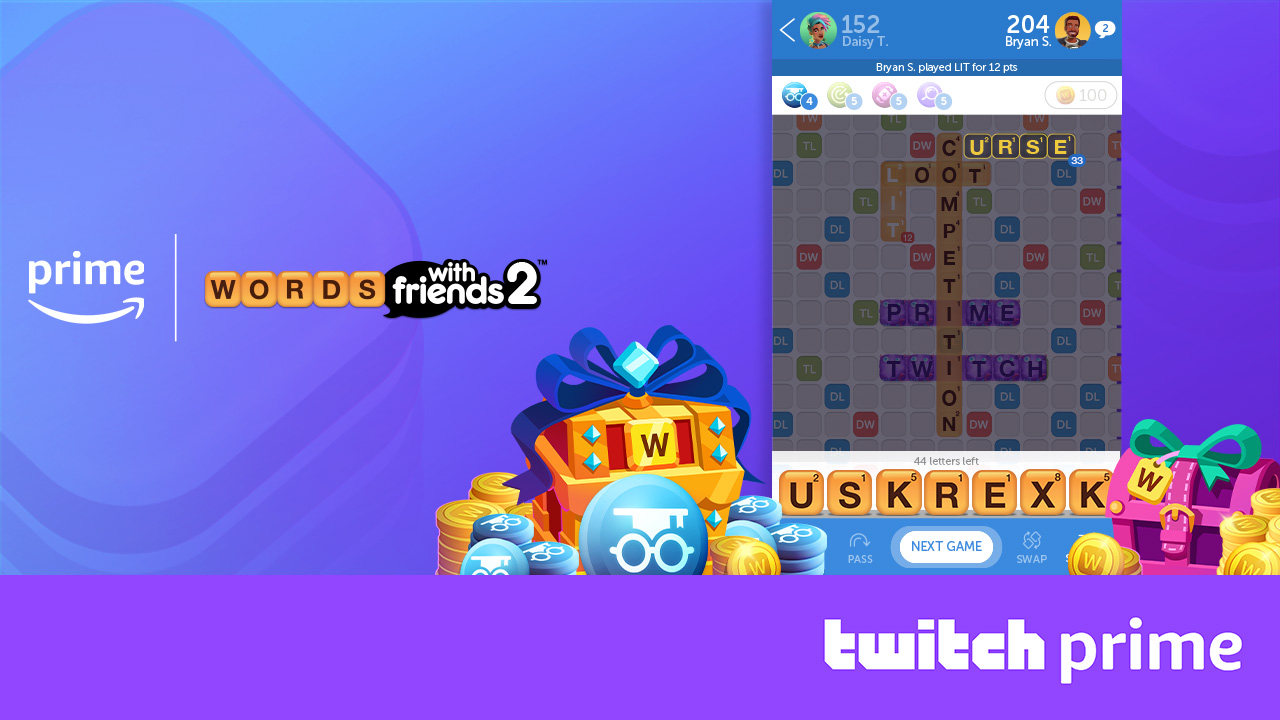 Zynga, the maker of games like FarmVille and Wonka’s World of Candy, has partnered with Amazon to give Prime members free in-game content in some of Zynga’s mobile games.

To start, this partnership will allow players to collect free rewards in Words With Friends 2, Zynga’s take on Scrabble, which allows players to compete with friends or other players around the world.

Players will be shown banners that tell them about the free items (like mystery boxes and exclusive tile styles) and they can sign in with their Amazon account to claim the rewards, so long as they have an active Prime membership.

While this promotion is currently only available in Words With Friends 2, Zynga said more free goodies and promotions will be added to other Zynga games in the future.

Keep checking back with SuperParent, as we’ll make sure to let you know which games receive these promotions going forward.

Does your family enjoy playing Words With Friends 2? Let us know in the comments, or tweet us at @superparenthq.