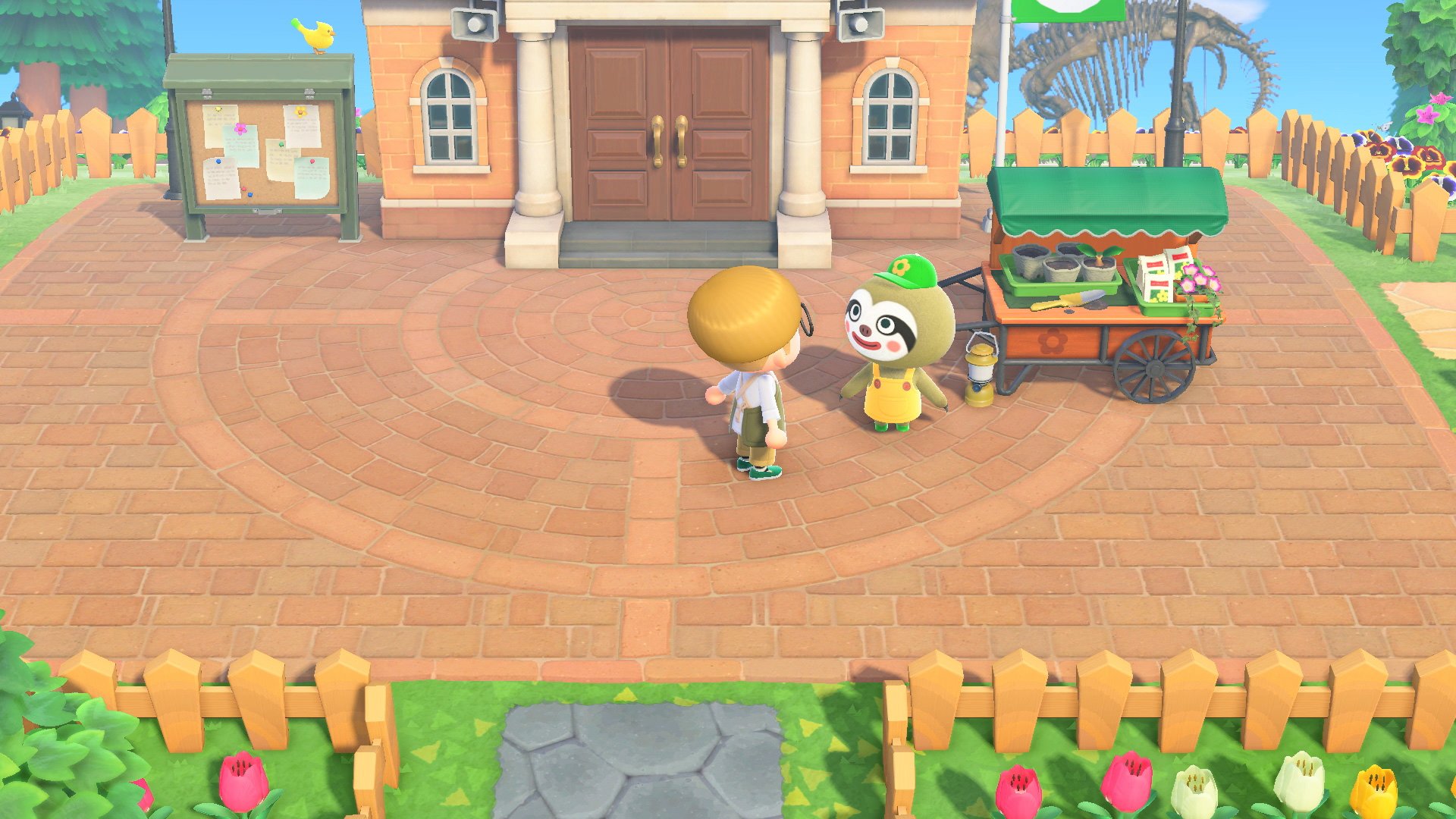 Earlier this year, Nintendo announced that Animal Crossing: New Horizons would be updated with an Earth Day event in April. Now, we know more about this specific update, because it’s coming this week!

The game’s next update will be released on April 23. Rather than focusing on Earth Day specifically (which is April 22), the update will add a “Nature Day” event to the game, as well as new characters to talk to and buy items from: Leif and Redd!

The Nature Day event will run from April 23 to May 4. It will allow you to complete special Nook Miles challenges that are focused on nature-themed actions, such as planting trees and watering flowers. You’ll receive Nook Miles for completing these tasks.

While this Nature Day event is temporary, Leif and Redd are coming to the game to stay.

Leif will appear in your town plaza as a traveling merchant, and he’ll be selling things like flowering bushes and flower seeds. In the trailer for this update (embedded above), we can also see that hedges are being added to the game, so it’s possible Leif will sell those as well.

Next, Redd will begin appearing at our islands in his boat, the “Jolly Redd’s Treasure Trawler.” Redd will sell a variety of art and furniture pieces that you can purchase with Bells. However, as with previous Animal Crossing games, Redd isn’t totally trustworthy, and some of his art pieces will actually be fake! You’ll need to figure out which pieces of art are real and which are phonies.

When you collect a genuine piece of art, you’ll be able to donate it to the museum, which is being expanded to feature an art gallery. There will be lots of different art pieces available to collect and donate, including paintings and sculptures.

This upcoming Nature Day event is one of many limited-time events coming to Animal Crossing: New Horizons in 2020. Keep checking back with SuperParent, as we’ll bring you more information about the game’s updates and events as we learn more.

Are you excited about this New Horizons update? Let us know in the comments, or tweet us at @superparenthq.