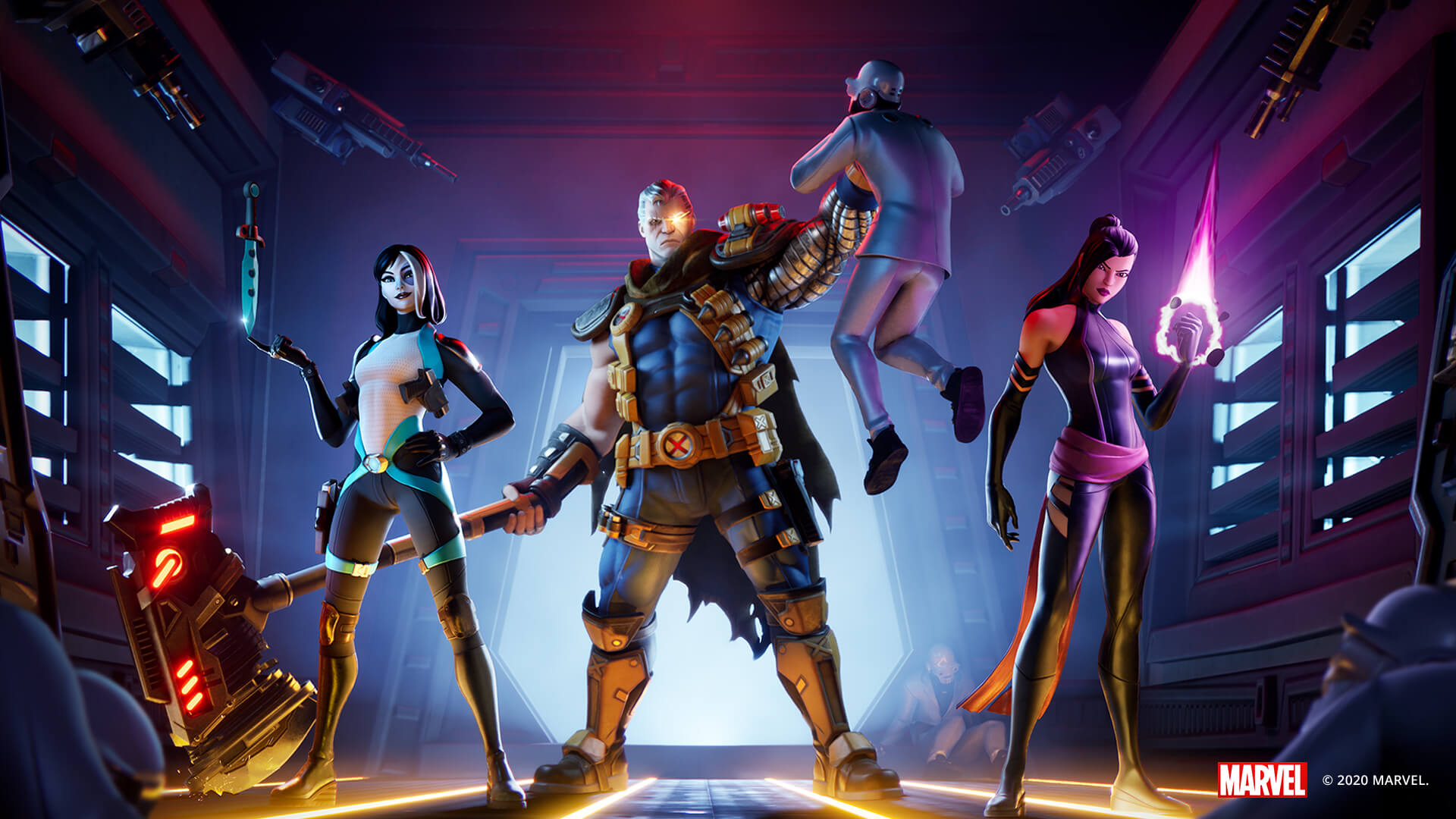 Earlier this year, Fortnite launched a Deadpool crossover event that added the Marvel anti-hero to the popular battle royale game.

As spotted by Polygon, the Deadpool event has been expanded with the addition of three new “X-Force” characters for players to unlock: Cable, Psylocke, and Domino. All three characters, and their associated items, are available in the in-game Item Shop.

In addition, players can unlock a new “X-Force style” for Deadpool’s outfit by completing Deadpool’s Week 9 challenges. According to Fortnite’s website, these challenges ask you to “collect his unmentionables and salute his pants.”

If you’ve yet to unlock the main Deadpool outfit, you can do so by purchasing the Chapter 2 - Season 2 Battle Pass, and then completing the Week 7 Challenges that ask you to find Deadpool’s two pistols.

From there, you can also unlock the “Maskless” version of the Deadpool outfit by completing the Week 8 Challenges, which ask you to find Deadpool’s pool floaty and attend his yacht party.

However, you aren’t required to purchase the Chapter 2 - Season 2 Battle Pass to keep playing Fortnite. If you’re not interested in this Deadpool-themed content (or any of the other items available through the Battle Pass), you can feel free to save your V-Bucks for something else.

What do you think of this Deadpool crossover event in Fortnite? Let us know in the comments, or tweet us at @superparenthq.