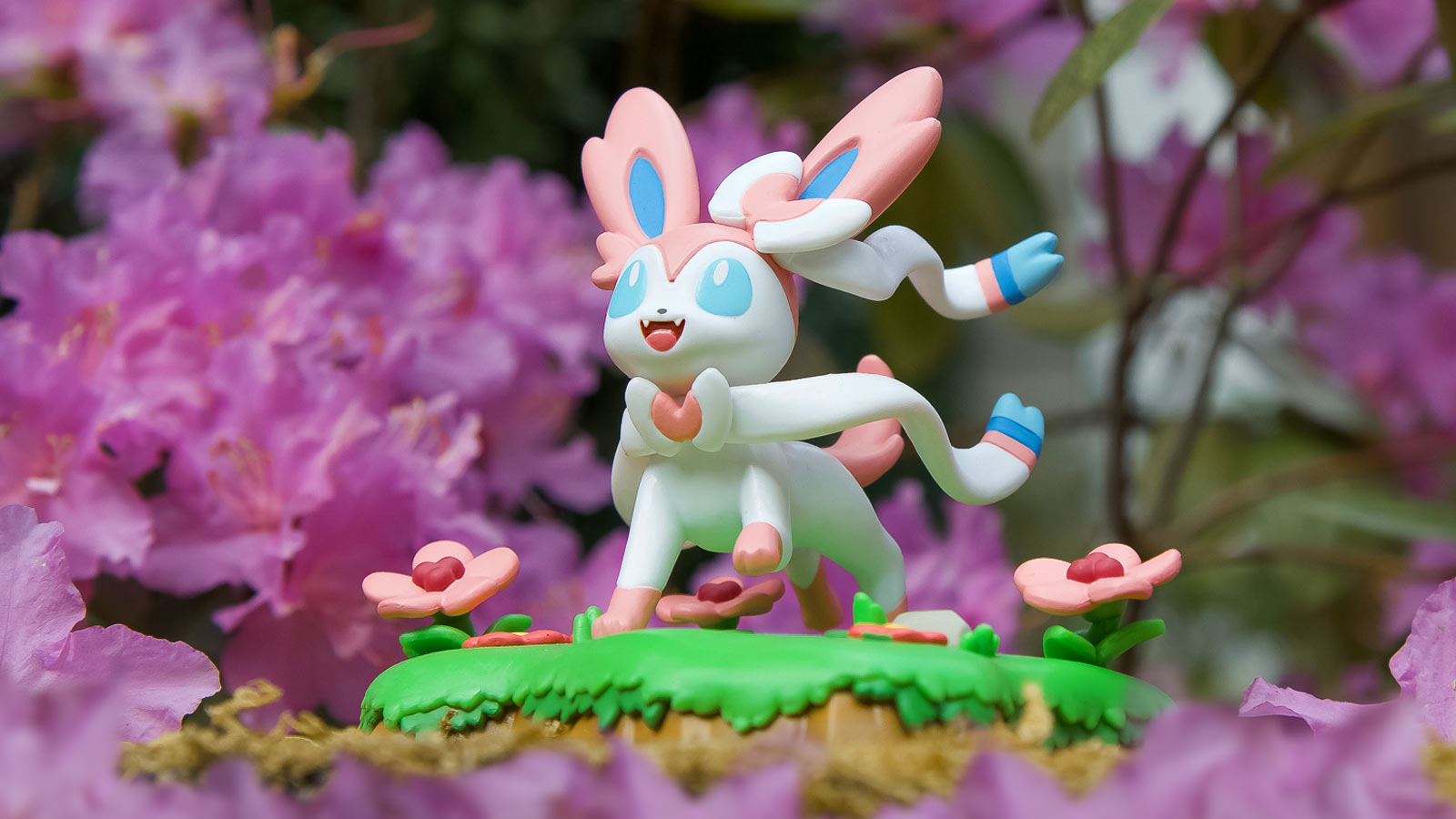 Trainers, it’s almost time for the release of the third figure in Funko’s "An Afternoon with Eevee & Friends" series on the Pokemon Center website.

The new figure features Sylveon, the adorable Fairy-type Eevee evolution that was introduced in Gen VI of the Pokemon universe. The figure shows this pink and white cutie standing in a field of pink and red flowers.

As a reminder, the nine figures in this "An Afternoon with Eevee & Friends" set are designed so that their bases can line up to create a larger overall scene. Sylveon’s figure is meant to be placed diagonally behind the Eevee figure that was released first. The Eevee figure is also set in a field of flowers, so the two figures go together perfectly.

Funko’s Sylveon figure will be available to purchase on the Pokemon Center website on April 21 at 9 a.m. PT. It will cost $14.99.

If past experience has taught us anything, it’s that these figures are extremely popular, so you’ll want to be ready to buy one on April 21 if you want to add Sylveon to your collection. For reference, the two figures that have already been released in this set -- Eevee and Vaporeon -- are no longer available on the Pokemon Center website.

What do you think of Funko’s Sylveon figure? Let us know in the comments, or tweet us at @superparenthq.