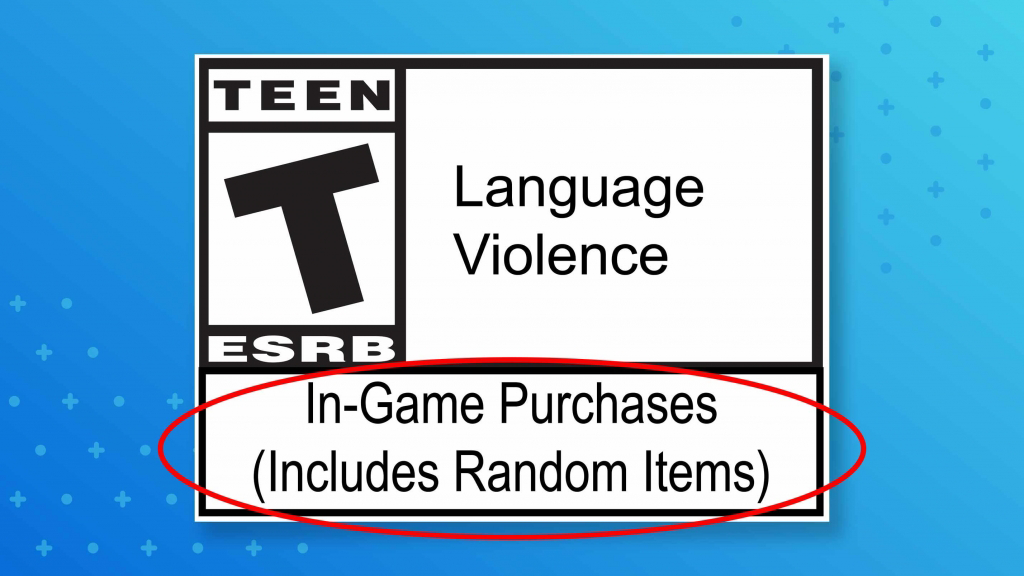 A friend’s kid ran up a $3,000 bill on in-app purchases while playing a video game. True story. While my pal asked to not be in this article, imagine that happening to you.

Thankfully, loot box gaming is coming under more scrutiny. This week, the ESRB stepped in and formally updated its ratings policy to call out “in-game purchases that include random items.” What does that mean? And does that warning go far enough?

Buckle up, because we have a couple of thoughts on this with a SuperParent Perspective.

If you’re not familiar with the loot box controversy, let’s break it down simply. You may be familiar with downloadable content (DLC) for games. Little bits of digital gear you can buy to add onto your game. It could be something innocuous - customizations to your outfit, for example. It starts getting murky when you can also pay for stat-boosting abilities with real money to give you an advantage in online games.

The stickiest problem is when a game asks you to plunk down money, hit a button, and you randomly get items. You could drop hundreds of dollars and still not get an item that you’re hoping to score. Sound familiar? Sound like your last trip to Vegas?

Let’s call it what it is -- gambling. Some games employ randomized mechanics with your money that encourage you (and your kids) to essentially gamble.

European nations sent the first shots. The practice of loot boxes has been banned from video games in Belgium. They are being heavily regulated in the Netherlands. South Korea. Singapore. Japan. The list goes on and on.

ESRB, On The Case

You need to understand something. Some developers (largely in "free-to-play" land) operate expressly to get some players to spend upwards of $10,000 annually in a single video game. Not that it’s excused, but in free-to-play games, you already have some basic understanding of the deal. You’re playing a game for free, up front, and the developer needs to make money.

You thought the $60 sticker price was too high for AAA games on store shelves? There are some top-tier games that have pulled similar shenanigans. Spend more money after you bought the game for everything from in-game boosts to virtual credit to buy in-game items and “mystery packs.” We’ve chronicled some of these practices in our SuperParent Guide to Loot Boxes.

“This new Interactive Element, In-Game Purchases (Includes Random Items), will be assigned to any game that contains in-game offers to purchase digital goods or premiums with real world currency (or with virtual coins or other forms of in-game currency that can be purchased with real world currency) for which the player doesn’t know prior to purchase the specific digital goods or premiums they will be receiving (e.g., loot boxes, item packs, mystery awards).

As a parent slowly introducing my kid to games, I’m laser-focused on warnings like this. I know that there are ways to lock down online purchases by platform, and I plan to keep my kid at arm's length from in-game purchases. Call me old-fashioned, but I’ll gladly reward companies that are up-front with what the game’s true costs are, without all the smoke and mirrors.

So, back to the question we posed at the top. Is this “In-Game Purchases (Includes Random Items)” warning enough?

This is a great step in the right direction - calling out predatory practices lurking in some of the most popular games out there. Well done, ESRB. You’ve done a great thing.

That said, it can still go steps further. Since this is gambling on some level, how about making it mandatory that publishers and developers must implement in-game parental controls to prevent purchases? After all, kids can’t sidle up to casino slot machines or buy scratcher lottery cards. Why should it be easy to buy these things in-game?

Also, what about the odds you’re up against? Before anybody lays money (virtual or otherwise) down for a chance to “win” an item, what are the stated odds of actually getting it? Apple gets it. In fact, it laid down the law in 2017, updating its developer guidelines to require developers to share the odds. Here it is in black and white, clear as crystal:

“Apps offering “loot boxes” or other mechanisms that provide randomized virtual items for purchase must disclose the odds of receiving each type of item to customers prior to purchase.” - Apple Dev Guidelines, 3.1.1

Can’t implement a proper in-game disable tool? Feelin’ like Han Solo and don’t want to hear the odds? Maybe it’s time to change a game’s rating to “AO (Adult Only)” because of gambling. Or, follow the lead of other nations and put an end to these sales tactics altogether.

Do you think that this new label is a step in the right direction? Do the ESRB or game developers need to do more? We’d love to hear your SuperParent perspectives. Share them with us in the comments, or tweet us at @superparenthq.

Disclosure: SuperParent's parent company, Greenlit Content, has worked with ESRB as a client.