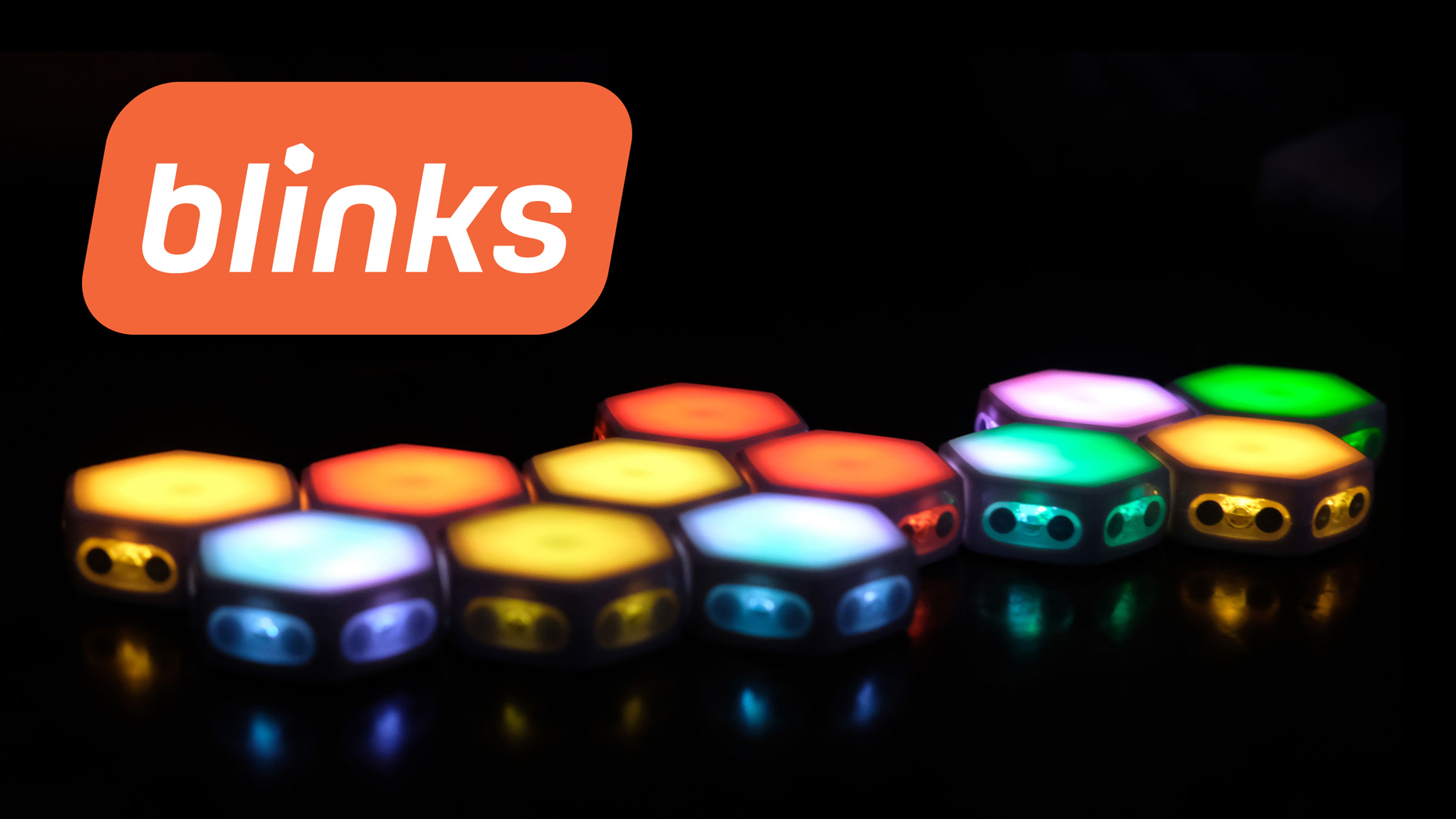 Update (05/04/20): Developer Move38 launched a Kickstarter campaign to raise money for the first Blinks expansion, which will bring six more games to the platform.

If you’re looking for a new game for family game night, or your kids are interested in game development, you might want to check out Blinks.

Developer Move38 describes Blinks as a “smart tabletop game system.” The Core Set consists of six hexagonal Blinks discs which connect magnetically and are individually powered through replaceable cell batteries. Each Blink can light up in multiple colors, as well as display patterns that go along with the system’s games.

Each Blink is like a game cartridge, meaning it comes with a game inside it. When you want to play a particular game, you activate that Blink and connect it to the others. At that point, the Blink will “teach” the other discs the game you want to play so you can get started.

There are six games included in the Core Set. For instance, Mortals is a two-player post-apocalyptic game that gives each Blink a life timer. Players need to remove Blinks from the formation and reconnect them in order to steal “time” from the other discs. When a Blink runs out of time, it becomes a zombie, which can steal life from the remaining living Blinks. The player with the last living Blink is the winner.

Another game, Berry, challenges players to connect the Blinks in such a way as to create specific formations of Blinks in a single color to earn points.

You can check out videos for each of the available games to learn how they’re played before deciding whether or not you want to buy the Core Set.

Once you’ve purchased the Core or Combo Set, you’ll have the option to purchase extra development tools if you want to create and load your own games into the system. However, you don’t have to be interested in STEM or purchase these development tools to play the standard games included in the Core and Expansion sets.

For more information about Blinks, check out Move38's website.