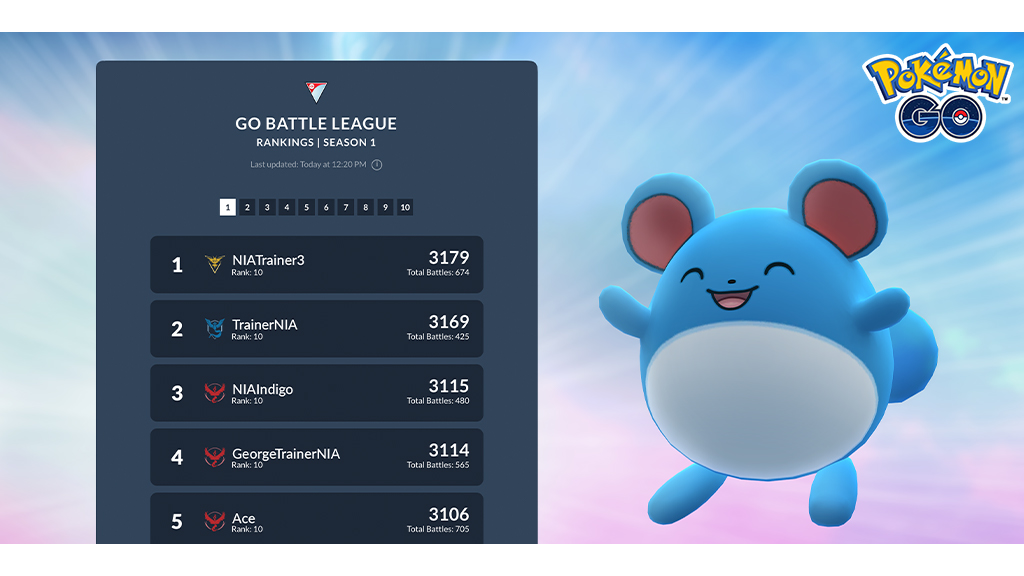 Trainers, you’ll soon be able to view the top players in the Pokemon Go Battle League.

On April 10, a leaderboard will be added to Pokemon Go’s website that will allow you to view the top 500 trainers in the world who are rank 7 and above. You’ll be able to view each player’s in-game nickname, team, rank, rating, and the total number of matches they’ve completed.

In addition, a special event called “Go Battle Day: Marill” will take place on April 12 from 12 a.m. to 11:59 p.m. local time. On that day, you’ll be able to complete up to 20 sets of Go Battle League battles, up from the previous limit of 5 sets. That means you’ll have the ability to compete in up to 100 battles on April 12, if you feel like competing in that many (you’re not required to).

Finally, in a news post, Niantic, the developer of Pokemon Go, said that “the encounters that serve as rewards for ranking up, such as the Pikachu Libre encounter at rank 10, will stay the same” during this event.

Are you excited about this Marill event in Pokemon Go? Let us know in the comments, or tweet us at @superparenthq.