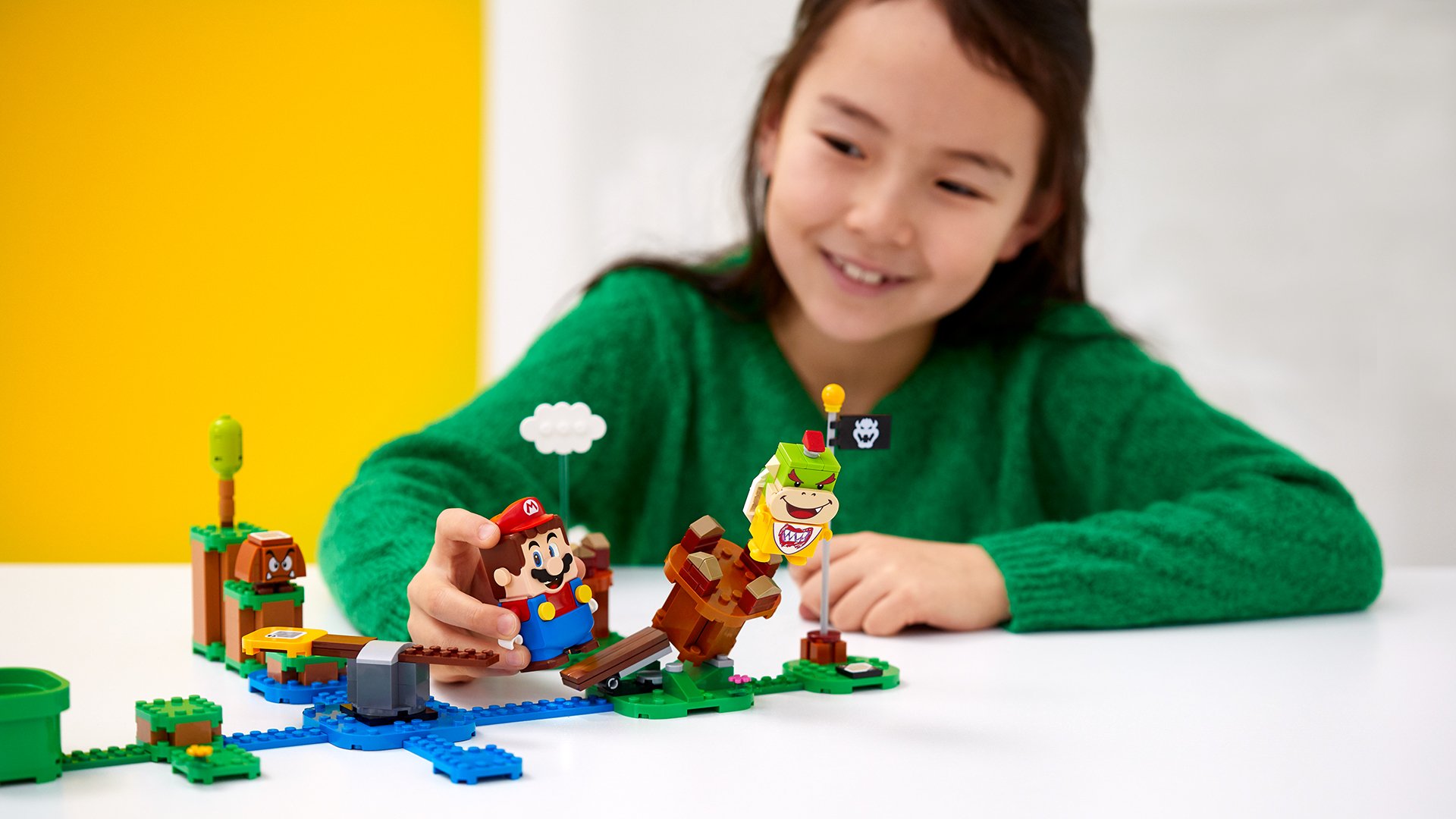 Earlier this year, Nintendo and the Lego Group revealed some cool new Lego sets that will bring the Super Mario video games to life in the real world. Now, we know more about these toys, including when the sets will be available and how much they’ll cost.

This new series of building kits revolves around the Lego Super Mario Adventures with Mario Starter Course, which will include all of the bricks and interactive elements kids (and adults) will need to build basic Super Mario-style courses.

Each course will begin at the Start Pipe and end at the Goal Pole, but kids can arrange the bricks between the starting and end points however they want.

This Starter Course set will come with the electronic Super Mario figure, which has LCD screens in his mouth, eyes, and chest that will react to the action as kids play. The figure will also play sounds.

The set will also include seven “action bricks” for Mario to interact with as kids help him complete their courses, as well as figures of a Goomba and Bowser Jr.

The Starter Course set will be available on August 1, 2020 for $59.99. It’s available to pre-order now on Lego’s website and at select retailers. If you pre-order the kit from Lego’s website, you’ll receive a free Monty Mole & Super Mushroom Expansion Set (which the Lego website says is worth $14.99).

These sets will also be released on August 1. The Piranha Plant Power Slide set will cost $29.99, while the Bowser’s Castle Boss Battle Expansion Set will be priced at $99.99.

All of these Lego Super Mario kits have an age rating of 6+.

Are you interested in picking up these Lego Super Mario sets when they’re released? Let us know in the comments, or tweet us at @superparenthq.