Check Out These Vulpix, Mewtwo, and Pichu Funko Pops 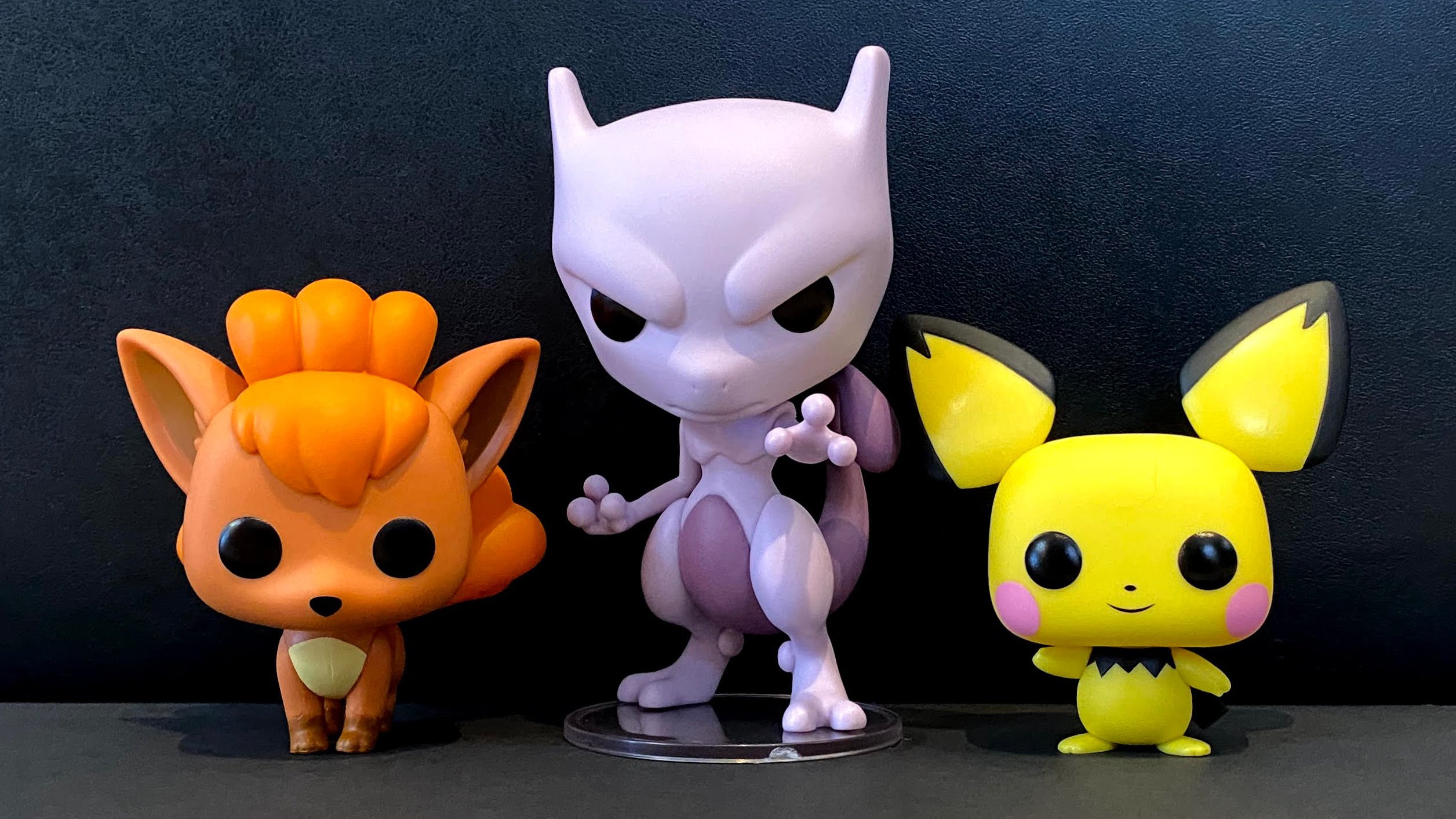 We had a chance to check out the Mewtwo, Vulpix, and Pichu figures in person to let you know what to expect if you decide to pick them up for yourself.

Mewtwo is the tallest of the three figures, measuring roughly five inches tall. Even though it stands on its own just fine without help, it comes with a plastic disc that you can connect to the figure’s right foot that serves as a base for more stability. Unlike some other figures in our collection, you can’t really move Mewtwo’s head to the right or the left -- it always reverts back to its angled view.

The Pichu and Vulpix figures are much shorter, with both falling between the three and four inch marks (they’re similar in height to figures like Eevee and Pikachu). Both of these figures have moveable heads, though you can only slightly move Vulpix’s head to the right or left before it hits the figure’s many tails. Finally, even though Pichu’s ears are rather thin, they don’t bend, so they’ll always stick up like they’re meant to.

The Pichu, Mr. Mime, Mewtwo, and Vulpix Pop figures are available (either for sale or for pre-order) at sites like Entertainment Earth and BoxLunch, among others. Keep in mind that different stores may put these items on sale at different times, and that each site may have them for different prices.