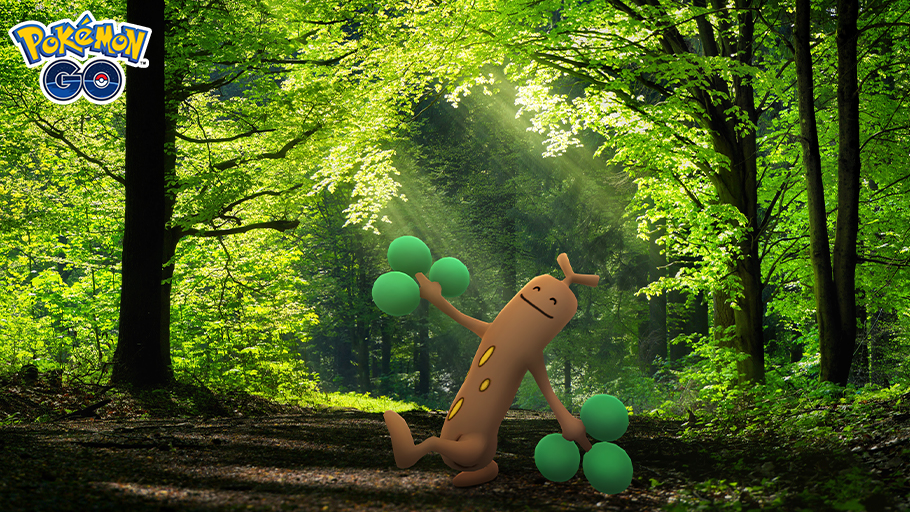 Trainers, a new event is happening now in Pokemon Go, which focuses on “Tricky” Pokemon.

The Tricky Pokemon event will run from now until April 7 at 10 p.m. local time. During this event, Pokemon like Gastly, Haunter, Voltorb, Sudowoodo, Aipom, Croagunk, and Foongus will appear more often in the wild. You’ll also have the chance to encounter Shiny Sudowoodo and Shiny Croagunk!

In addition, Aipom, Wynaut, Bonsly, and Croagunk will hatch more frequently from 5 km Eggs that are collected during this event. You’ll also be able to collect and complete themed Field Research tasks that will give you the chance to encounter Sudowoodo and Croagunk.

Plus, during this event, players can encounter Croagunk when they take a picture of a Pokemon using the game’s AR camera feature.

Next, Stunfisk is making its in-game debut during this event. It will be available to encounter as a Field Research task reward, and it will also have the chance to hatch from 5 km Eggs that are collected during this event window. Stunfisk will also technically be available to find in the wild, though Niantic, the developer of Pokemon Go, said in a news post that you’d have to be “extremely lucky” to find one.

Once this event ends, Stunfisk will no longer be available in 5 km Eggs, though it will still be around as a Field Research task reward and a rare encounter in the wild.

Finally, Ditto will appear more often in the wild during this event. Niantic said, “We also have reports of Ditto transforming into more Pokémon species than before, and it seems this phenomenon will persist after the event ends.”

Are you excited about this Tricky Pokemon event in Pokemon Go? Let us know in the comments, or tweet us at @superparenthq.