Play This, Not That: Resident Evil 3 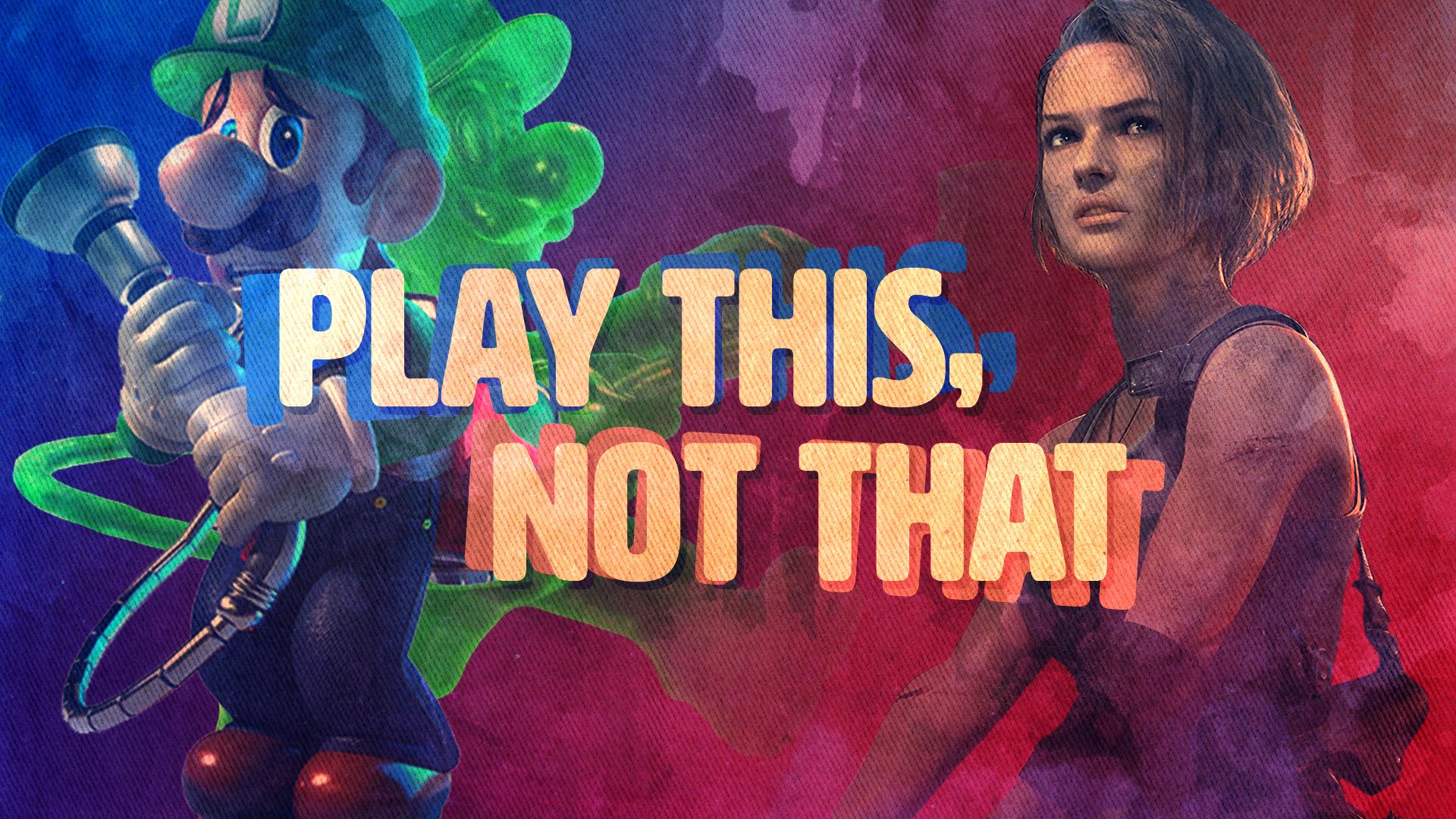 Resident Evil 3 is a remake of Resident Evil 3: Nemesis, which was released on PlayStation in 1999. This updated survival horror game follows a woman named Jill Valentine on her quest to escape from Racoon City during the zombie apocalypse.

The game has been rated M for Mature by the ESRB, with Content Descriptors for “Blood and Gore,” “Intense Violence,” and “Strong Language.” Games that receive the M rating are deemed inappropriate for players under the age of 17. You can read the game’s full Rating Summary on the ESRB website.

If your kids or young teens have expressed an interest in Resident Evil 3, but you’re not ready for them to play M-rated games, here are some alternatives to consider. These games may not have the exact same premise as Resident Evil 3, but they touch on similar gameplay mechanics or themes without having over-the-top violence or gore.

Luigi’s Mansion 3
Rated E for Everyone
Available On: Switch

You may be thinking, “How is a Nintendo game anything like Resident Evil 3?” While it’s true most games starring Mario and Luigi are far from scary, the Luigi’s Mansion games do have a darker theme than some Super Mario titles. In Luigi’s Mansion 3, you’ll need to help Luigi rescue Mario, Princess Peach, and their friends who have been trapped inside picture frames in a hotel full of ghosts. To do this, you’ll travel to each floor in the hotel, where you can battle and suck up ghosts into Luigi’s special vacuum. Luigi’s Mansion 3 isn’t a horror game, though you may come across a couple of jump scares.

Little Nightmares is a horror game that challenges players to help a girl named Six escape a place called The Maw, which is full of evil creatures that very much want to prevent that from happening. The game mixes spooky environments with puzzle platforming gameplay to create an eerie experience designed to play on childhood fears.

This horror game challenges players to use stealth to explore their neighbor’s house to discover what’s hidden in his basement. According to the game’s website, “You play against an advanced AI that learns from your every move. Really enjoying climbing through that backyard window? Expect a bear trap there. Sneaking through the front door? There'll be cameras there soon. Trying to escape? The Neighbor will find a shortcut and catch you.” Rather than focusing on intense violence, Hello Neighbor is a game about suspense.

Set in the world of the beloved Ghostbusters film franchise, Ghostbusters: The Video Game was originally released in 2009. In 2019, this Remastered version hit consoles and PC. The game features the likenesses and voice acting of the four original Ghostbusters -- Bill Murray, Dan Aykroyd, Harold Ramis, and Ernie Hudson -- and follows an original story written by Ramis and Aykroyd. This story sees players take on the role of a new recruit to the team, rather than one of the main characters. Players will travel throughout New York City as they work to free the city from ghosts.