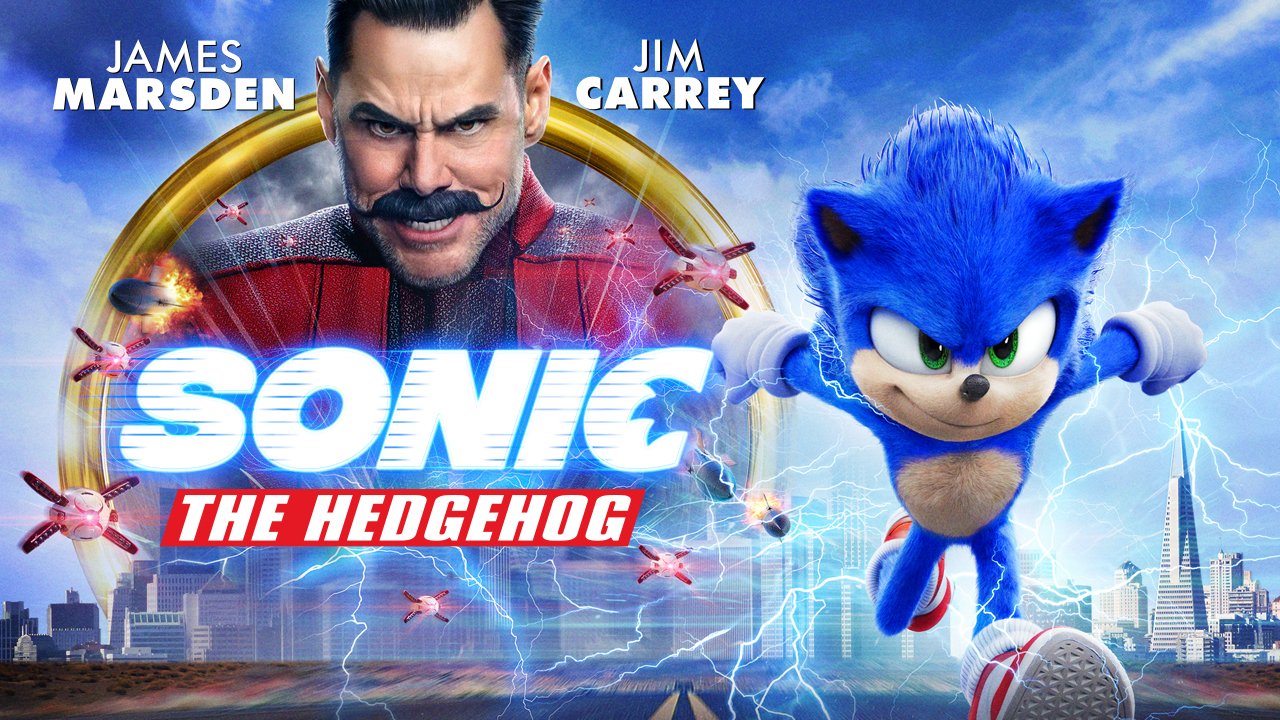 Well, that was fast. After hitting theaters on February 14th, Sonic the Hedgehog races to digital streaming today, March 31st. Between this, Frozen II and Onward, kids -- and parents -- suddenly have a lot of great choices to keep the family entertained during the lockdown. First-run features are quickly coming home. With that in mind, let’s take a quick look at the film, and get a hot take from our resident 7-year-old.

Let’s start by saying that Sonic is fast and furious fun for your kids. It’s clearly targeted at them – as well as anybody with fond memories of Sega’s blue blur. We won’t dig too deep into the story, but Sonic gets introduced as an alien creature with superpowers. And the rings that he famously collects? They help him travel between worlds. As a hoglet (look it up), Sonic escapes to Earth. While he tries to remain in hiding, he makes a friend (James Marden) along the way and accidentally triggers an event that gets the attention of one Dr. Robotnik (Jim Carrey).

The film itself is fairly safe for kids in the 7-to-8-year old range with a variety of cartoon-grade violence, physical comedy, and the occasional butt / fart joke. Of course, there’s also no denying Carrey’s mark on the film that’ll remind parents of his work on The Mask in all the best ways. Most of the violence and explosions in the movie come from drones that Sonic takes down, but there is one scene that might make parents do a double take: A roadside bar brawl. Fists fly for a couple seconds before Sonic diffuses the whole thing in a totally cartoonish fashion.

Overall, it’s one of those movies that kids will get into and parents won’t mind being along for the ride. Speaking of kids, we enlisted ours for a reality check review of the film and its special features...

Sonic the Hedgehog: The 7-Year-Old Review

“A blue hedgehog whose name was Sonic was getting chased by a evil bad guy by the name of Dr. Robotnik. A guy helped Sonic the hedgehog to get his rings in San Francisco.

"My favorite action part of the movie was when Sonic put a fake bear’s head on a rude guy’s head and he hurt himself. Then Dr. Robotnik did the same thing as Sonic, throwing the same guy out the window. It was pretty funny. And all the explosions -- those were pretty cool.

"I also liked that crazy Carl called Sonic the blue hedgehog the blue devil. And crazy Carl is pretty crazy!

Around the World in 80 Seconds - It’s a quick, in-character video that has Sonic talking about traveling across the world.

What the kid thought: “I liked it because he ran across the water and the world. My favorites were the flowers, the koalas, and when Sonic ran to New York. If I could run anywhere like Sonic right now, I’d run to San Francisco and eat Chili Dogs.” So say we all, kid!

Deleted Scenes and Bloopers - I had never sat my kid through deleted scenes for a movie before, but I found a way to explain them that actually made a whole lot of sense: Making movies is a lot like making a puzzle with too many pieces. Once the puzzle is put together, you have some stuff left over. After all that, we watched them.

My little critic’s response: “I get why they were deleted.” Not gonna disagree, but ouch.

Speed Me Up - It's a music video featuring a track from Wiz Khalifa and pals.

The kid's take: “I liked the song, I liked the video - I liked the way the beat made me want to dance...and it looked like it was a video game.” And, the kid did get up and break into an impromptu dance party while watching it.

A Brief History of Sonic - In appropriate movie features fashion, the film assembles the cast, key crew members, and Sega staff to race through the history of Sonic. As one would expect, it’s an interesting, short breakdown. If you’re looking for a deeper dive into the history of Sonic, we’d recommend a couple other online pit stops.

What was my kid’s takeaway from all this? “It’s so crazy that Sonic has been around for 29 years…. [Looking at the original games from the early 90s] Is this what games REALLY looked like when you were a kid, dad? Wooooow.”

Sonic the Hedgehog is now available on digital streaming services. The film is rated PG for action, some violence, rude humor, and brief mild language.