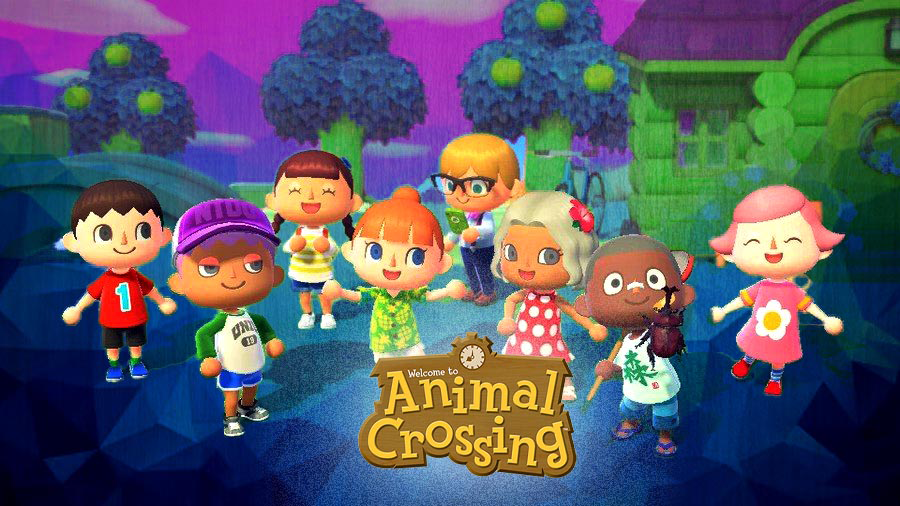 These life simulation games allow you to create a new life for yourself, where you can do mostly whatever you want, whenever you want, using the tools provided to you.

We had a chance to check out Animal Crossing: New Horizons on Nintendo Switch.

What is Animal Crossing: New Horizons about?

Rather than containing an in-depth storyline, with lots of chapters, twists, and turns, New Horizons is more comparable to a game like Minecraft. It’s more of a sandbox that drops you into the in-game world, introduces you to a variety of features, and then lets you use your imagination to do whatever you want with them.

The game’s basic story sees you traveling to a deserted island as part of Nook Inc.’s Deserted Island Getaway Package. From there, you’ll work with Tom Nook (a character based on a tanuki) to build a variety of facilities on the island, invite residents to live alongside you, build homes for yourself and your animal friends to live in, and more. The game has major story beats that all players will experience, but what you do with the time in between these moments is up to you.

So, what can you actually do in this game?

New Horizons gives you lots of different ways to spend your time. You can collect seashells on the beach, go fishing, catch bugs, plant and water flowers, talk to friendly animal characters who live on the island with you, craft furniture and decorative items to display in your home or around the island, go shopping, collect fruit, change your character's clothes, and more.

Much of your progress in the game will revolve around earning Bells, the game’s currency. You’ll need to use Bells to pay off your trip to the island, build and upgrade your home, purchase items in the store, and more. You can earn Bells by selling all sorts of objects in the in-game store.

For instance, you can sell fruit that grows on your island’s trees, or you can go fishing or bug catching and then sell those fish and bugs (you can also donate fish and bugs to the museum, which is a beautiful location to visit on your own or with friends). If an animal friend gives you a gift that you don’t want, you can sell that too, and so on.

As you progress through the game’s major story elements, you’ll unlock more things to do. As an example, you’ll unlock a campsite where new animal friends can come to visit (you can also invite animals to visit using Animal Crossing amiibo figures and cards), and you’ll also be able to construct bridges and inclines to cross the island’s river(s) or scale the cliffs at the back of the island.

There’s a heavy emphasis on crafting in New Horizons. You’ll be able to collect resources like wood, clay, and iron by interacting with trees and rocks, and then use those to create furniture and decorations. You start with only a limited number of crafting recipes to choose from, but this expands greatly over time.

You’ll earn a second type of currency, Nook Miles, by completing activities around the island. These activities can be thought of as achievements or trophies that ask you to do things like catch fish or sell seashells in bulk, chop down trees, water flowers, and much more. If you ever need an idea for things to do in the game, checking out the Nook Miles system is a great place to find inspiration.

As you earn Nook Miles, you can spend them on new crafting recipes, upgrades for your character (including upgrades to the amount of items you can carry at once), and more. You can also spend them on Nook Miles Tickets, which allow you to fly to randomly generated islands where all of the resources are up for grabs.

Finally, the game also has a major multiplayer component that allows you to visit other players’ islands through either online or local play. Just keep in mind that players can freely chat with others through text chat, and it is possible to visit strangers by finding visit codes called "Dodo Codes" online and entering them in your own game. Players can also create their own images to use on clothing, display as artwork, and more. If you visit a stranger, you may come across text and imagery that you find inapprorpiate.

Does the game have other issues?

At the beginning of the game, you only have access to “flimsy” tools, like a flimsy bug catching net and fishing pole. These items break pretty quickly, so you have to frequently stop what you’re doing to craft replacements. Thankfully, you'll unlock stronger tools as you progress.

In addition, until you build stairs or an incline to reach the cliffs at the back of your island, you can only get there by climbing a ladder (the ladder isn't available at the very beginning of the game). It’s a tedious process to keep switching between your ladder and other tools as you move around on the cliffs.

These are admittedly minor complaints, and they may not be shared by everyone.

A bigger issue is related to the game’s family-friendliness. In general, the game is absolutely family-friendly -- there’s no blood, gore, or death to worry about here. (The closest thing to in-game death that we’ve seen so far is your character passing out if it gets bitten by a tarantula. If you're bitten on your own island, you just wake up back at your house.)

However, the game’s dialog is presented through text, rather than traditional voice acting. Characters do have their own voices, but they speak in gibberish, rather than a real language (similar to how the Sims have their own language in the Sims games). This means players need to know how to read to get the most out of the experience, which limits the fun that can be had by younger players who are playing New Horizons on their own.

Finally, our biggest complaint is with one of the game’s technical limitations. You’re limited to having a single island per Nintendo Switch console. That means if your family only has a single Switch, but multiple people want to play, they will all have to live on the same island together, rather than being able to customize their own island exactly how they want.

The game uses a real-time day and night cycle, which means each in-game day takes 24 hours to complete, and the in-game time matches your real-world time. As weeks and months progress, the game's environments will change to match the current season (you can choose whether your island is located in the nothern or southern hemisphere).

In addition, at multiple times throughout the year, in-game events will take place celebrating various holidays, etc. For instance, the game's first event, Bunny Day, will begin on April 1, 2020.

While we have some complaints about the game’s technical limitations and flimsy tools, they don’t eliminate the massive amount of fun that you can have with this game. Animal Crossing: New Horizons is an adorable, charming -- and most importantly -- endless game that sparks pure joy as you play.

Overall, it’s a wonderful experience that we absolutely recommend every family check out, even if you’ve never played an Animal Crossing game before.

Animal Crossing: New Horizons is rated E for Everyone by the ESRB. It’s available to purchase physically and digitally for $59.99.