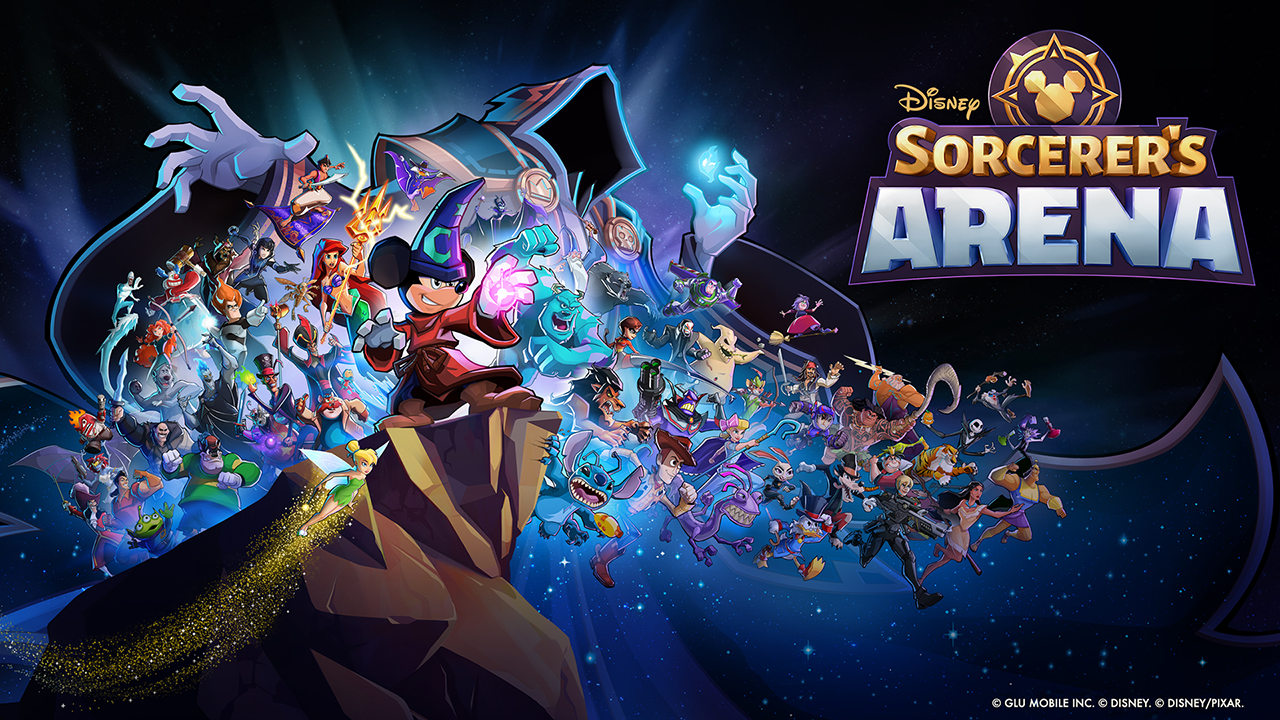 Disney Sorcerer’s Arena is a free-to-play mobile game on iOS and Android devices. The game lets you collect over 100 Disney and Pixar characters and take them into turn-based battles against a variety of enemies, including famous villains from Disney films (you can also add some villains to your team).

In Disney Sorcerer’s Arena, you start with only a handful of heroes and villains in your collection (like Sorcerer’s Apprentice Mickey and Ariel), but you can collect many more over time. Each character has their own skills and strengths in battle, so you can mix and match these characters to create a team that suits your play style.

During a battle, players and enemies take turns performing actions. Your characters have multiple moves to choose from, though some moves need to recharge once they’re used before you can use them again.

The game features multiple gameplay modes, including a single-player campaign mode and limited time events. As you complete battles and levels, you’ll collect character tokens that can be used to unlock new characters for your team. You can also collect items that will allow you to make your characters stronger over time.

In addition to various single-player modes, the game also features real-time multiplayer battles and multiplayer “Clubs.” When you join a Club with other real players, you can participate in Club Dungeon and Club Conquest activities with your team.

Disney Sorcerer’s Arena includes lots of different ways to spend real money. For example, you can purchase mystery chests containing a variety of in-game items, or purchase item bundles that focus on particular characters, such as Mulan and the “Prince Ali” version of Aladdin. These aren’t all of the ways you can spend real money in the game, so make sure to turn off in-app purchases on your device before letting a child play this one.

Finally, the game lets you chat with other players in real time. We spotted some spam messages in the game’s “Global” chat window, but the game does allow you to report inappropriate content (like spam) and mute players you don’t want to hear from. You can also turn off global chat previews altogether so you won’t see new messages at the bottom of the screen as you play. For some general tips on keeping your kids safe when playing online games, check out our guide.

Disney Sorcerer’s Arena is available to download for free on iOS and Android devices. The game is rated 9+ on iOS and E10+ for Everyone 10+ on Android.

Check out 14 minutes of Disney Sorcerer’s Arena gameplay in our SuperParent First Look below.