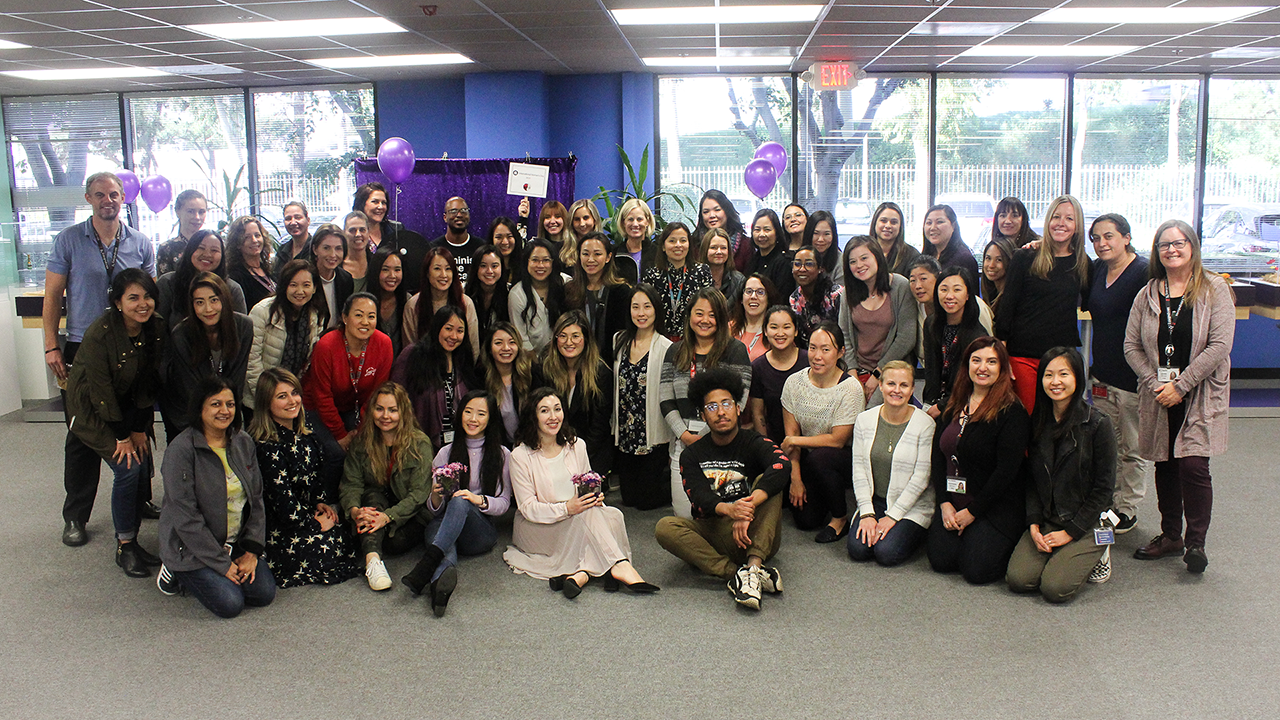 Earlier this week, we brought you part one in a two-part series celebrating female employees at HyperX in honor of International Women’s Day.

SuperParent had a chance to chat with some of the women at HyperX to learn about the mentors they had as kids, how they got into the gaming/tech industry, and what they’d say to young girls who want to enter the fields of gaming and technology.

If you missed part one, you can check it out right here.

Penny: I started interning at Kingston my senior year of college. I worked in several departments before landing in HyperX as an events coordinator after I graduated. I wasn’t familiar with the gaming industry and it was pretty mind blowing how much it has grown. I’ve definitely learned a lot during my time here.

Penny: My mom was one of my biggest role models and mentors growing up. She was a very strong independent woman who never let others tell her she couldn’t do something. She taught me that nothing is impossible as long as you have patience and the will to do it.

Penny: Go for what you’re passionate about. The tech and gaming industry is predominantly men, but don’t let that discourage you. Don’t ever let this industry or people intimidate you. As women, it’s naturally going to be harder, but we have to continue making our voices heard and growing together.

Roxy: After many years in advertising, I got involved in the Tech industry in 2006 on the Ad Agency side handling Hewlett Packard’s advertising for Latin America. I have fallen deeply in love with software, hardware, apps and gaming ever since!

Roxy: No, technology was meant for males. My older brother studied Computer Science and had a computer at home (the ones with green screen) protected with a password and I would hack it every day to play a Decathlon.

Roxy: I would tell them that it is a super exciting industry where everything evolves and changes so it’s impossible to get bored! There is a constant learning and one must be quick witted to solve problems or challenges on the go. Not to be afraid because we women got this!

SuperParent: Did you have any female mentors growing up?

Sandra: I tend to underestimate the value I bring to the table and there are so many mentors who I thank for reminding me that I have a voice and should use it! From my mom and my sister, to my past managers—they have all pushed me to strive for greatness and gave me the platform to do so. They are also all Superhumans who can juggle a million things at once!

SuperParent: What would you say to young girls and women who want to get into the tech and gaming industry?

Sandra: Be open to start in an internship role, or in a position that you may not have originally planned for. It’s important to get in ASAP and gain as much experience as you can. The tech and gaming community is strong and will provide the support you need to advance your career. From what I’ve seen, the support amongst females in the industry is especially strong. Also, you don’t need to be the most knowledgeable about every game or gadget to succeed. Give it a go if you have a general curiosity and desire to be a part of this exciting industry.

SuperParent: Did you have any female mentors growing up?

Ting: I rarely encountered any female mentors during my most recent school years. I went through two stages of undergrad, in Computer Science and Photography, and have had NO female professors and only 10% female classmates in Computer Science, and 50% female professors in art school. While most teachers during my early school life are female, the most prominent female mentors so far in life have been my mom and my current manager.

Ting: Welcome! Though our market is majority male, HyperX has a friendly and diverse environment having a 70% female population in our APAC marketing team, with a mix of casual gamers and tech enthusiasts. Who says you have to be able to sing to work in a record company?!

Wendy: I used my transferrable skills to enter esports/gaming. I was in a digital marketer role when I got to know the HyperX fan. I’ve used that as a foundation to pioneer our business development efforts with brands who want to get into gaming or want to go deeper with marketing to gamers. In this role I’m working with some great female leadership outside of HyperX that are courageous visionaries in their industry to see gamers as a key audience to accelerate their brands’ success.

SP: How did becoming a parent change your outlook on games and technology?

Wendy: Gaming has always had a negative rep with parents who would rather have their kids play outside or take on other interests that can better lead them towards a future career. Through my experience in the industry, I’ve seen the endless opportunities that can come from a passion for games/technology, and the strong skillsets one can develop from gaming. I’m championing HyperX’s inclusion and diversity efforts by working with non-profits that are the voices of the underserved and whose clients share the love of gaming. Of particular note, I’m pioneering a new relationship with 1000 Dreams Fund and forming the BroadcastHER Academy that gives microgrants and helps to mentor young women on careers in the gaming industry. I am also serving as an advisor on their board.

Wendy: I’ve had a few great role models starting with my Mom, who’s always worked outside the home in Finance. Through her example I learned a work ethic from her and because of her always working. Independence came at an early age for me and I am forever grateful for that. Early in my career I had another great role model, Karen Miller, who believed in my skills long before I knew I had them. She had confidence in me and that has served me well when I seek new hires and assess their potential. Lastly, a great mentor for many years was not a woman, but a man who opened a lot of new doors that ultimately helped shape my career.

Wendy: For gals/young women that want to get into gaming – get in and get experiences. When at college, get into club leadership positions and raise your hand for everything and then see where that portfolio of experiences leads to. You may not land on the right fit job at first, but you’ll gain industry experience that will open doors. Also lean in on other women in the industry. Do your homework and research who’s who. Women in gaming are very open to sharing their stories and can be great to network with. I speak on gaming topics at conferences and find that a female perspective is always a welcomed addition to the panel of speakers. But what amazes me more is the lasting female friendships around the world that have formed in these circles with other women leaders in gaming. I admire their perseverance and we are there to lift each other up long after the speaking gig.