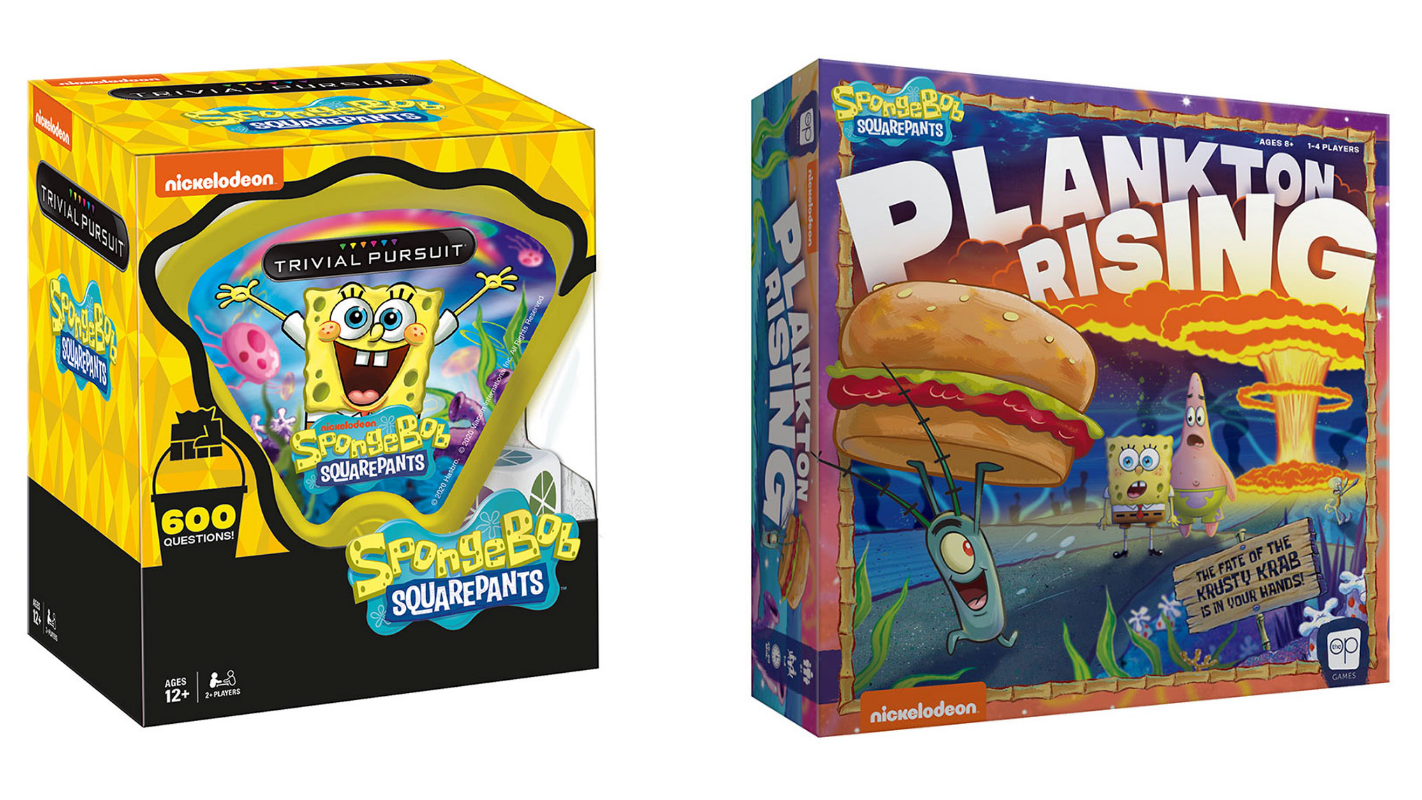 The Spongebob Movie: Sponge on the Run is scheduled to hit theaters on May 22, 2020. To coincide with the debut of the film in theaters, this summer, The Op (Usaopoly) will release two new tabletop games inspired by the SpongeBob SquarePants television series.

The first game, Trivial Pursuit: SpongeBob SquarePants, will include 600 questions that will test your knowledge of all 12 seasons of the Nickelodeon television series. The game’s questions will be split into six different categories:

Trivial Pursuit: SpongeBob SquarePants is for 2 or more players, and it has an age rating of 12+. The game will cost $19.99.

The other new game is called SpongeBob: Plankton Rising. The cooperative card and dice game is the newest entry in The Op’s “Rising” series, which also includes games like Star Wars: Dark Side Rising and Harry Potter: Death Eaters Rising.

SpongeBob: Plankton Rising will challenge 1-4 players to work together to stop Plankton from stealing all of the ingredients that go into making a Krabby Patty. The game has an age rating of 8+, and each playthrough is expected to take 45-60 minutes to complete. It will cost $39.99.

Both SpongeBob games will be released in North America this summer.

Are you excited to try these new tabletop games inspired by SpongeBob SquarePants? Let us know in the comments, or tweet us at @superparenthq.