Play This, Not That: Doom Eternal 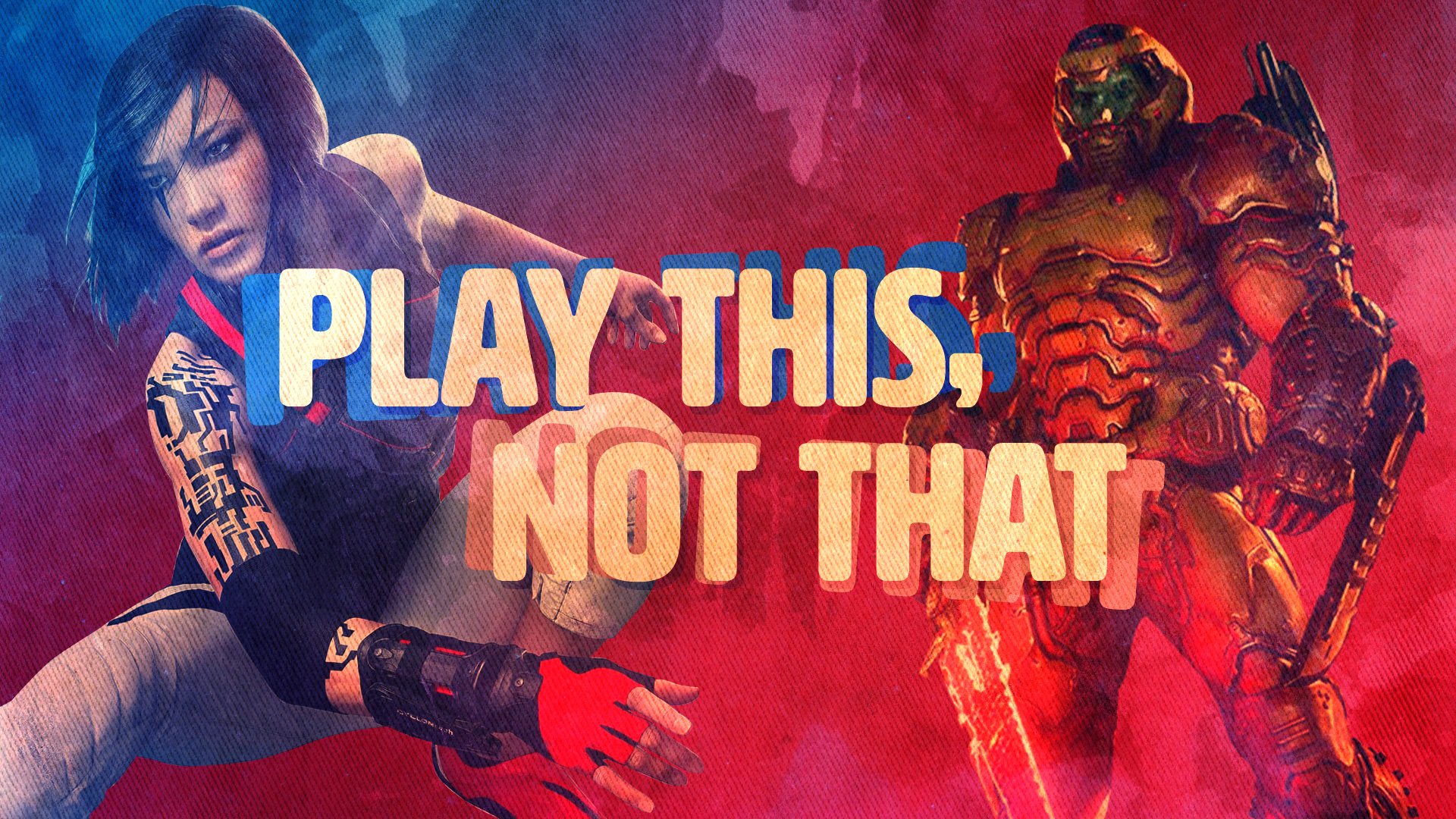 Doom Eternal is the latest installment in the mega-popular Doom franchise. The first-person shooter will challenge players to save humanity from demons that have come from Hell to invade Earth.

As you might expect for a game with this kind of premise, Doom Eternal has been rated M for Mature by the ESRB, with Content Descriptors for “Blood and Gore” and “Intense Violence.” That M rating means that the game has been deemed inappropriate for players under the age of 17. (Head over to the ESRB’s website if you want to read the game’s full Rating Summary.)

If your kids or young teens have expressed an interest in playing Doom Eternal, but you’re uncomfortable with the idea, check out these alternatives that feature similar gameplay mechanics, but all have a “T” rating or lower.

Mirror’s Edge is a first-person action game that allows players to become a “Runner,” or courier challenged to deliver messages to different areas of a futuristic city. At first glance, Mirror’s Edge and Doom Eternal may not seem very similar (aside from the first-person camera perspective), but we’re recommending Mirror's Edge due to the game's focus on fast-paced, parkour-inspired movements through environments. In Doom Eternal, players are also encouraged to quickly move through areas, and as Shacknews reported, the game even includes “parkour like jumping.” While Mirror’s Edge was originally released on the last gen of video game consoles, you can still play it on Xbox One via Xbox 360 backwards compatibility.

Plants vs. Zombies: Battle for Neighborville
Rated E10+ for Everyone 10+
Available On: PlayStation 4, Xbox One, PC

This third-person shooter drops players into the neverending battle between plants and zombies. The game lets players compete against one another in six online multiplayer modes, including a four-vs-four Battle Arena mode. It also supports split-screen cooperative play, so multiple kids can play at the same time on the same screen. While zombies are traditionally scary and even gory, the characters in Battle for Neighborville are more like over-the-top cartoon characters, so there’s no intense violence to worry about here.

Splatoon 2 is a kid-friendly third-person shooter that lets players shoot ink to cover up environments, rather than shoot bullets to kill enemies. The game includes a single-player story mode, as well as a variety of multiplayer modes. For instance, the Turf War mode challenges two teams of four to cover as much ground as possible in ink that matches their team colors. The team that covers the most ground with their team’s ink color in three minutes wins. In addition to playing online, the game also supports local multiplayer so kids can play with others near them.

In 1996, the original Chex Quest was released as a free prize inside Chex cereal boxes. The game was a kid-friendly remake of the original Doom, which featured the same basic gameplay mechanics, but removed the mature content and replaced the demons with aliens. Three Chex Quest games were eventually made, and you can download Chex Quest 3 for free right now from the Chex Mix website. Since the Chex Quest games were considered “Doom clones,” this is an easy recommendation if you (and your kids) are willing to try a retro game that’s really similar to older games in the Doom franchise.