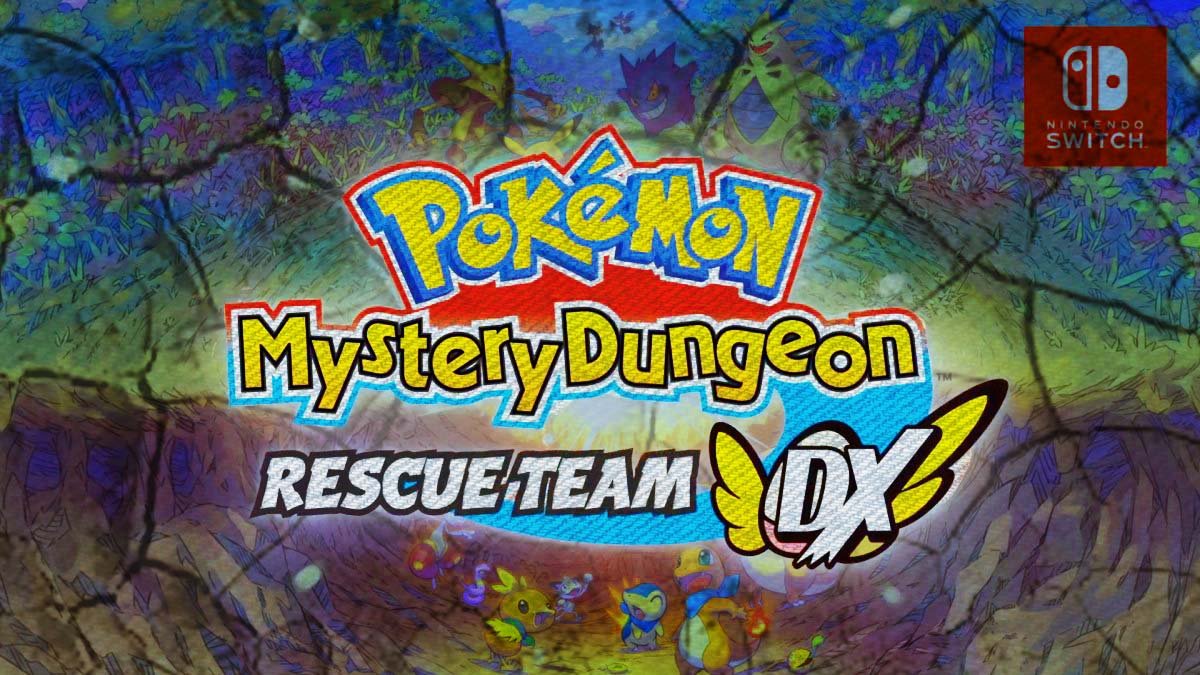 This remake features updated graphics and features, and you don’t need to have experience with the original games to play this new release.

In Rescue Team DX, players are transformed into a Pokemon, and they’ll travel to a world where a string of natural disasters has thrown things into disarray. Players will join another Pokemon (their partner) to create a rescue team that will help Pokemon by exploring randomized dungeons. The fact that players are actually a human that’s been transformed into a Pokemon plays a large role in the story, and they’ll need to investigate how their transformation is connected to the natural disasters.

How is Rescue Team DX played?

To begin, players are presented with a personality quiz that asks them a variety of questions to determine which Pokemon they should become. You can either go with the Pokemon the game suggests, or ignore the results of the quiz and choose the Pokemon you want to be. There are 16 Pokemon to choose from, such as Bulbasaur, Eevee, Pikachu, Psyduck, Skitty, and Mudkip.

From there, you’re allowed to select your partner Pokemon, who will guide you through your new life as a pocket monster.

Once players form a rescue team, they’ll be able to accept jobs to rescue lost Pokemon, find missing items, or complete deliveries. All of these jobs are completed in dungeons, which have different themes and Pokemon to encounter and battle within them.

Each time you enter a dungeon, the layout is randomly generated, so no two runs will be the same. However, every floor has a similar general setup, consisting of a variety of open rooms and narrow pathways that connect them. Resources like coins and berries (among others) can be found scattered on the ground, and a staircase somewhere on the floor will let you move on to the next floor.

Gameplay is fairly strategic thanks to its turn-based nature. Each time players move their team, wild Pokemon on the floor (those that aren’t sleeping) will also move. Dungeons are technically made of grids, so players can move one square to the left, right, up, down, or diagonally on each turn (that is, there is no circular movement). If you don’t move your team, the wild Pokemon won’t move, and so on.

By default, a map for each floor will appear at the side of the screen as you move around. The map shows you the positions of other Pokemon (including those you need to rescue or deliver items to), as well as the items that can be collected on the floor.

When you encounter a wild Pokemon, you and the wild Pokemon can take turns performing moves. While you can technically press the A button until the enemy Pokemon faints, pressing A allows your Pokemon to choose which move to perform, and it may not choose the best move for the current situation. For instance, it may choose to heal itself (if it knows a healing move), rather than attack the opponent.

You can take control of the situation by choosing which move to perform on each turn, which increases the overall strategy available to you. Plus, since you can see wild Pokemon on the map, you can choose to pursue them or try to avoid them (though avoiding a battle may not always be possible).

When you defeat a wild Pokemon, you’ll earn experience points that will help your team level up and become stronger over time. Sometimes, these defeated Pokemon will want to join you on your adventure, and you’ll have the option to take them along or send them away.

As you progress, you can build Pokemon Camps for these new recruits to hang out in. Before entering each dungeon, you can customize your team with the Pokemon you want to take with you from these camps.

Finally, there’s a hunger component to keep track of while exploring dungeons. Your active Pokemon (the one you manually control) starts each dungeon with a full belly, but it will become hungrier over time. If you let their belly empty completely, they’ll start taking damage until you feed them or they faint.

Is this game challenging?

Yes and no. The game’s main storyline is pretty short, all things considered, and the game is padded out with a limitless supply of optional jobs for you to complete. If you try to just run through all of the main story missions without completing any of these side jobs, it’s likely your team will quickly run into Pokemon that are too strong to easily defeat, or you’ll wind up wasting all of your healing resources to keep your team going until you complete the mission.

However, if you’re willing to put in the time to complete lots of side jobs (as well as optional training missions at the game’s dojo), you can significantly boost your team's stats so they can take on stronger opponents without needing to heal or revive someone on every turn.

So, to put it more simply, the game’s difficulty will ultimately depend on how much time you’re willing to dedicate to training.

If everyone on your team faints in a dungeon, you’ll lose all of the money and items you were carrying. You can keep your extra money and items safe by storing them in town before you enter a dungeon.

There’s also the option to call for help while in a dungeon. If your team faints, you can ask friends to come help you through the game’s Pelipper Post Office feature. If someone answers your call for help, they can enter the dungeon you’re in to rescue you so you can pick up where you left off. You’ll need a Nintendo Switch Online membership to access the game’s online features.

Finally, the game's dialog is presented through text, rather than voice acting.

Pokemon Mystery Dungeon: Rescue Team DX is a really fun game for those who know what they’re getting into. Or, to put it another way, if you and your kids are more interested in the game’s story and meeting lots of cute Pokemon than in doing lots of training and facing challenging bosses, this may not be the game for you. The basic gameplay loop is repetitive by design, and you’re all but required to do extra training to make it through the later dungeons.

But if you enjoy that kind of challenge, and -- dare we say it -- grinding, or you enjoyed games like Chocobo’s Mystery Dungeon Every Buddy, we definitely recommend giving Rescue Team DX a try.

Pokemon Mystery Dungeon: Rescue Team DX is available to purchase in stores and on the Nintendo eShop for $59.99. The game is rated E for Everyone by the ESRB.