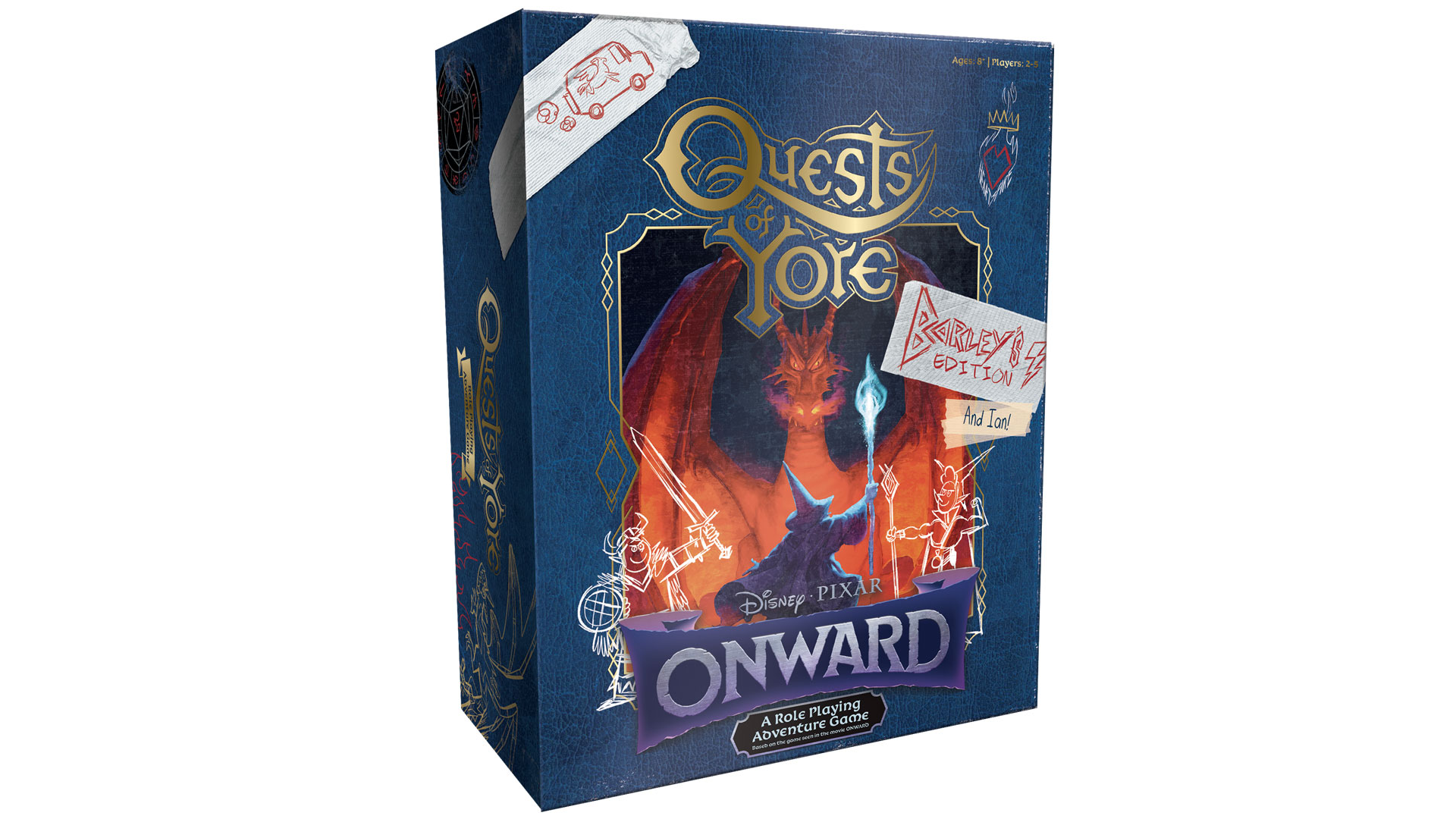 In the Disney and Pixar film Onward, two elf brothers, Ian and Barley, go on a quest in an attempt to spend one more day with their late father. The movie references a fictional tabletop role-playing game called Quests of Yore, which is now being brought to life in the real world by The Op (Usaopoly).

The real-world version of the game will be called Quests of Yore: Barley’s Edition. Here are a few details about the game, taken from the title’s product listing on The Op’s website.

“In this immersive role-playing game, gather your Fellowship and embark on an epic Quest across the lands of old. Rush to the aid of the satyrs of Clovendell and uncover a mystery that will test your adventurers’ strength and teamwork. Take on the role of the Quest Master leading the travelers or one of the fellowship hungry for adventure! The tale you tell will feature the folk and lore of the hit Pixar movie Onward. Elves, cyclops, goblins, dragons… and The Manticore, are just some of what awaits you on your journey in Quests of Yore: Barley’s Edition.”

Quests of Yore: Barley’s Edition will support 2-5 players, and it has an age rating of 8+. Each game is expected to last upwards of 90 minutes. The game will be released this fall in North America for $49.99. It will also be available in Europe, Australia, and New Zealand.

Are you excited to try this tabletop game inspired by Onward? Let us know in the comments, or tweet us at @superparenthq.