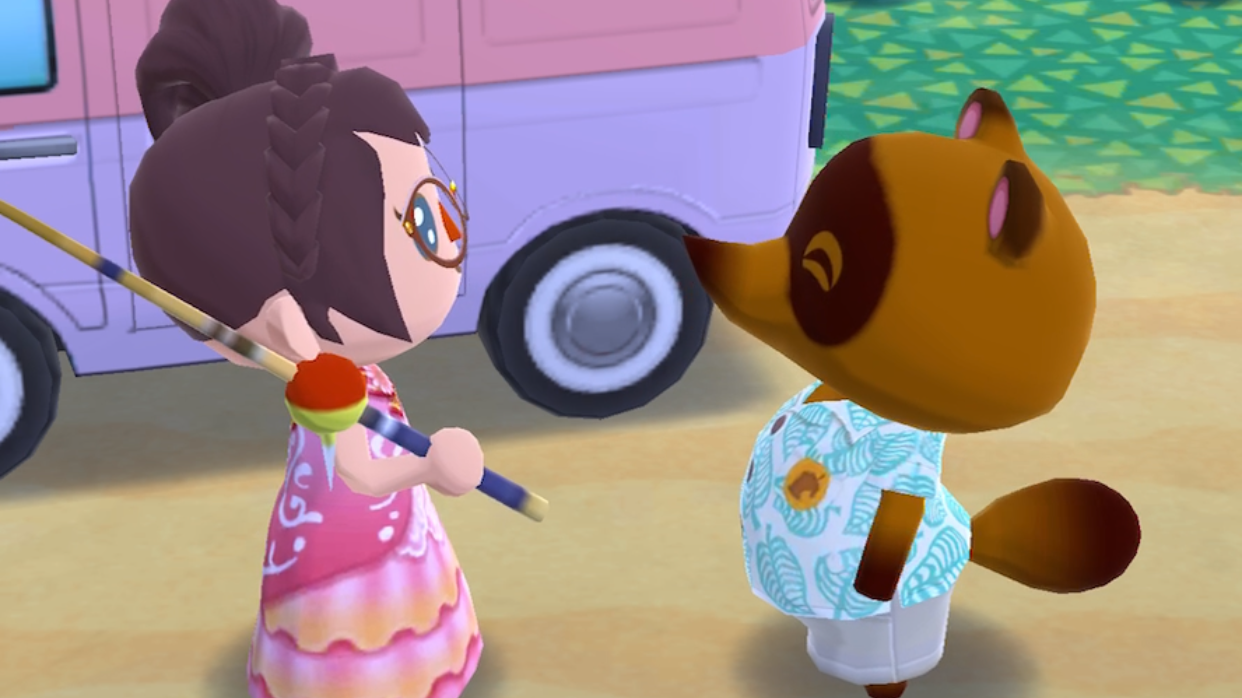 With this crossover, Tom Nook, Timmy, and Tommy have come to the game to host a new Fishing Tourney that’s part of the game’s ongoing “Tulip Time” event series.

Like the game’s other fishing events, this one asks you to collect special fish that you can turn in to receive prizes. Since this event is hosted by characters that are representing New Horizons, the prizes are themed to island life. (Animal Crossing: New Horizons will allow players to begin a new life for themselves on a deserted island.)

For instance, you’ll be able to collect things like a camping cot and an island campfire, as well as island tents, and even a DAL seaplane like the one seen in New Horizons. The Fishing Tourney will end on March 19.

Plus, the game’s daily login bonuses have also been updated to celebrate New Horizons. You can receive a free item from the “On to New Horizons” set by logging in at least once per day from March 12 to March 20. These items include things like a “Timmy’s aloha shirt.”

Finally, in a press release, Nintendo said players will also be able to “catch some crawly critters featured in Animal Crossing: New Horizons and craft stylish island-themed wall and flooring décor…” so we expect extra items will be added to this event before all is said and done.

Are you excited about this new event in Animal Crossing: Pocket Camp? Let us know in the comments or tweet us at @superparenthq.