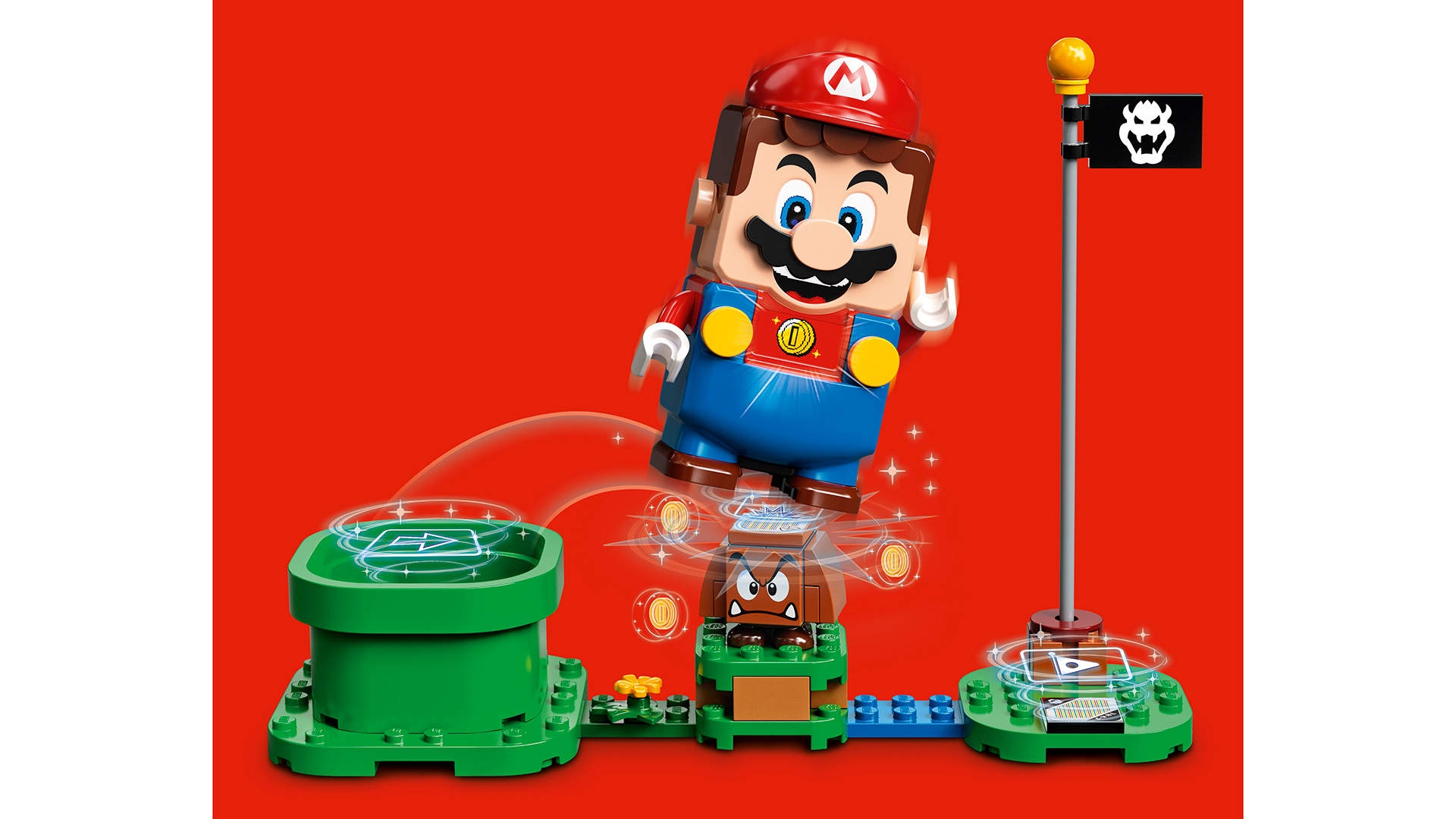 Nintendo and the Lego Group have partnered to release some cool new Lego sets based on the Super Mario video game series. Unlike traditional Lego sets, these sets will allow kids (and adults) to create real-world versions of the levels we might find in Super Mario games, and then use a new Lego Mario figure to interact with them.

The Lego Mario figure is much larger than a regular Lego minifigure, and it’s electronic, which allows its mouth and eyes to animate. Plus, it can play a variety of sounds. There’s also a small display on Mario’s chest that keeps track of the action as the figure interacts with specific bricks in the sets.

You can see these new sets (and the Mario figure) in action by checking out the video below.

In a press release, Julia Goldin, chief marketing officer, EVP of the Lego Group, commented on these sets:

“We are very excited to bring Mario into the physical world through interactive and social LEGO play. With this experience we will help millions of kids with love for Mario to engage and play in a completely new way, where they are in control of creating and playing games with their favourite character. By seamlessly incorporating the latest digital technology, LEGO Super Mario is a highly social, interactive and collaborative experience for kids.”

The Lego Super Mario sets will be released later this year.