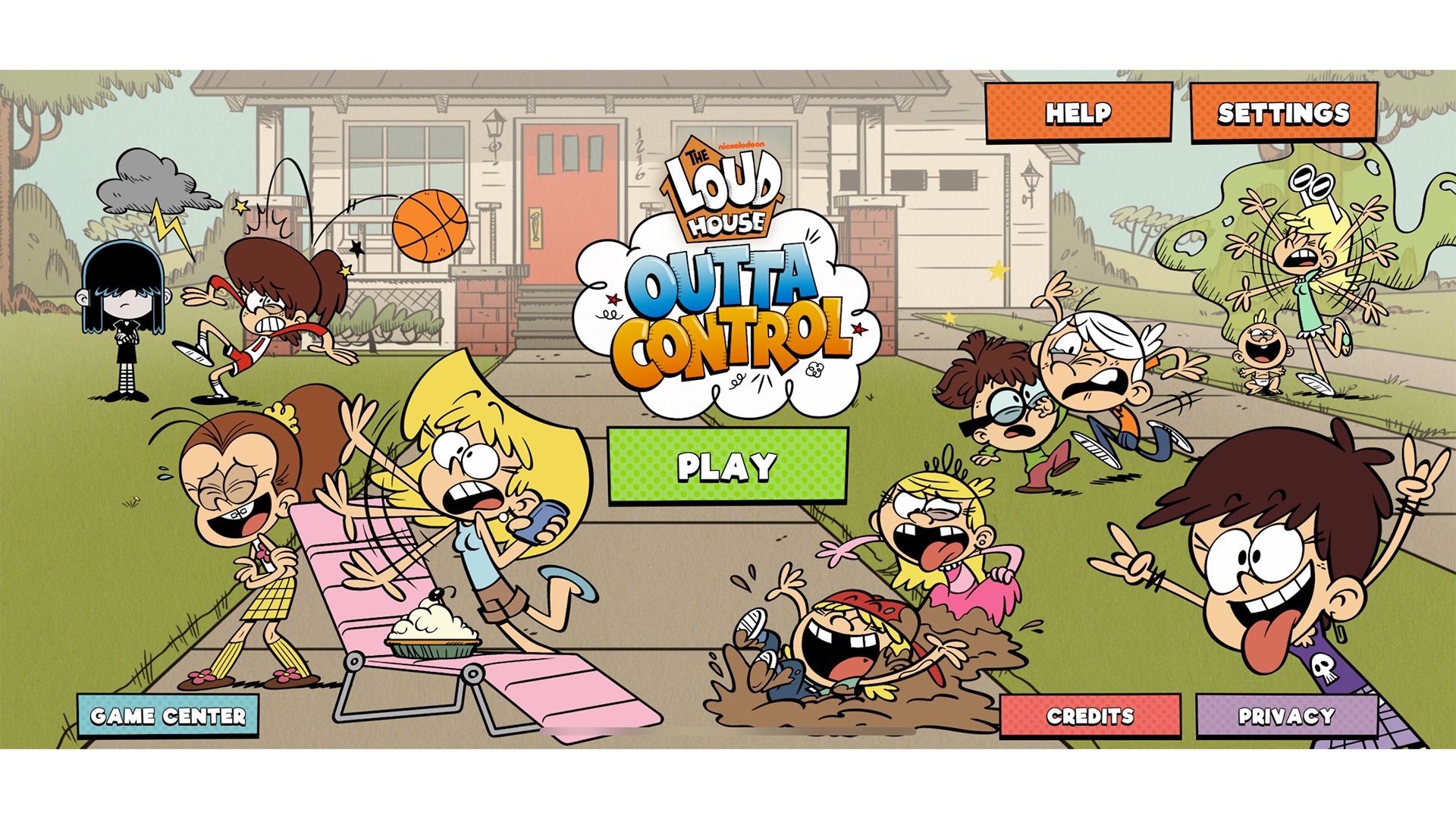 Loud House: Outta Control is a mobile arcade game on Apple Arcade, which was inspired by the Nickelodeon television series The Loud House. The game asks you to help Lincoln Loud and his many siblings reach the items they love while making sure they don’t bump into one another.

In each level of Loud House: Outta Control, characters will appear from the outside of the screen, and they’ll walk forward automatically. You’re asked to tap and hold on each character, and then drag your finger across the screen to create a walking path for them to follow. The goal is to help each character reach their desired item (or the level's destination) without bumping into another character or a fight cloud. (Fight clouds will randomly appear and automatically move across the screen.)

Each character is associated with different items, and both the characters and the items are color-coded, so you’ll be able to quickly tell which character goes with which item even if you aren’t familiar with each character’s tastes and preferences from the show.

There are also levels that ask every character to reach the same destination. For instance, you may need to have all of the kids clean the dishes in the sink. In these cases, you'll need to time your actions correctly so that two kids don't end up at the destination at the same time.

Each time a character reaches their desired item or destination, you’ll earn points. Every level is timed, so you’re challenged to earn as many points as you can before time runs out.

Finally, you can earn trophies on each stage, depending on your performance. When you unlock a trophy, you’ll also unlock a decorative collectible that you can view in the attic of the Loud house. You can replay stages to earn any trophies you may have missed, or to simply try and increase your high score.

Check out six minutes of gameplay from Loud House: Outta Control to see if this is a game your family would enjoy.