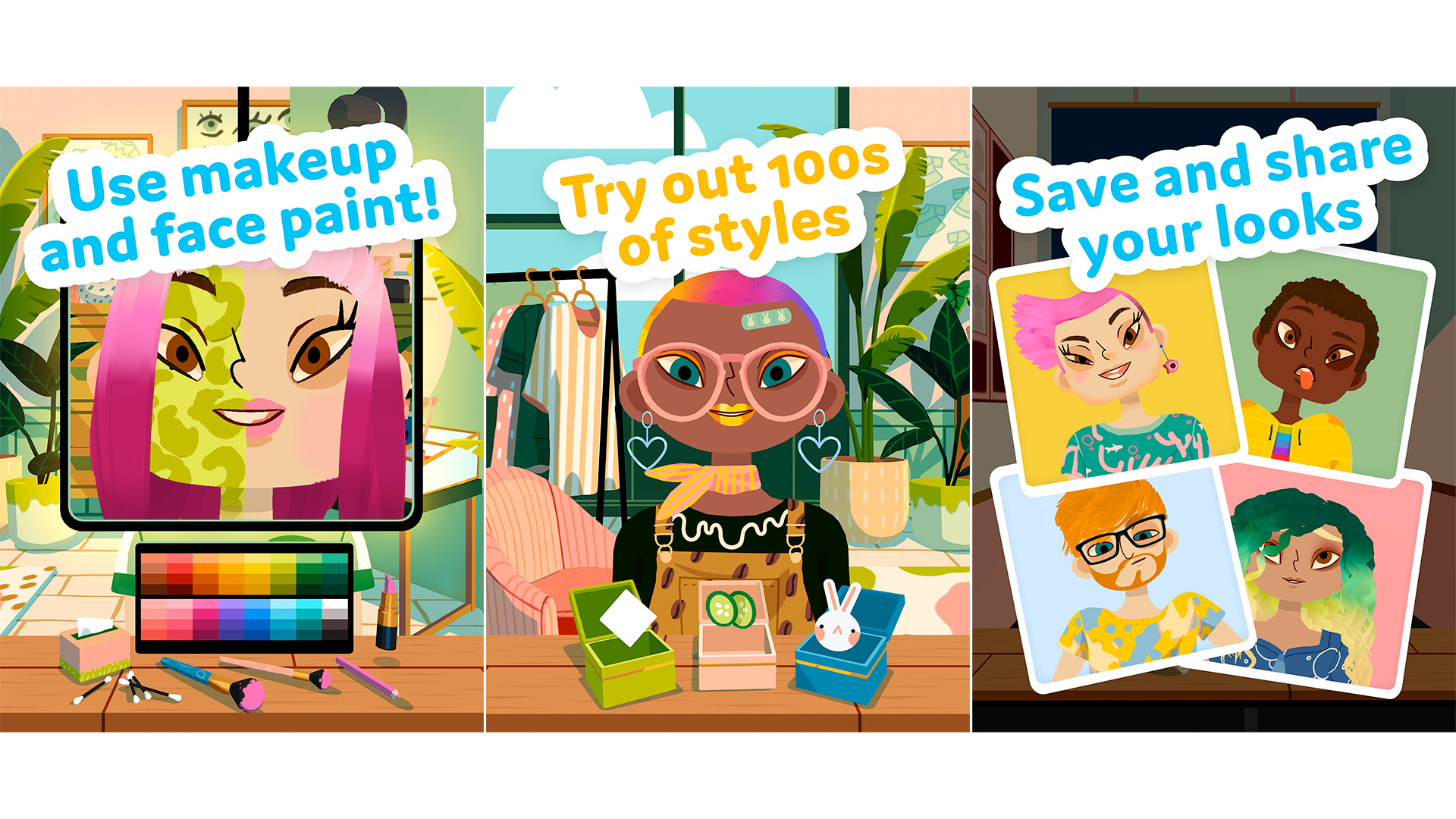 In Toca Hair Salon 4, kids can give makeovers to 20 different characters. Since this is a sandbox game, there aren’t any set goals to complete or guidelines to follow. Kids can simply play around with the game’s tools however they want.

For instance, they have access to a variety of hair styling and cutting tools (things like a brush, pair of scissors, and curling iron, among others), as well as hair dyes, which they can use to style and color each character’s hair.

Since this is a world of make believe, kids don’t need to worry about making a mistake and “cutting off too much hair,” since there’s a tool that allows them to instantly regrow the character’s hair so they can begin again as many times as they want.

In addition to styling each person’s hair, kids can customize their appearance by choosing from a variety of clothing options.

When kids are happy with the way someone looks, they can move the character into a photo booth and choose from a number of backgrounds before taking their picture. Pictures can be saved to the device so they can be shared on social media and elsewhere.

In addition to these free features, you can upgrade the experience by purchasing a number of in-game bundles. For instance, a Makeup Pack costs $3.99. It includes tools that allow you to do each person’s makeup, as well as face painting tools and new characters to customize. The game also offers themed bundles, such as an Underwater Pack and a Breakfast Pack, that add extra characters, clothing, and more to the game. Each of these themed packs costs $1.99.

Toca Hair Salon 4 is available to download for free on iOS. The game is rated 4+, but Toca Boca told us it was designed for kids 6-9.

Disclosure: We received a code to download the Makeup Pack for coverage purposes.