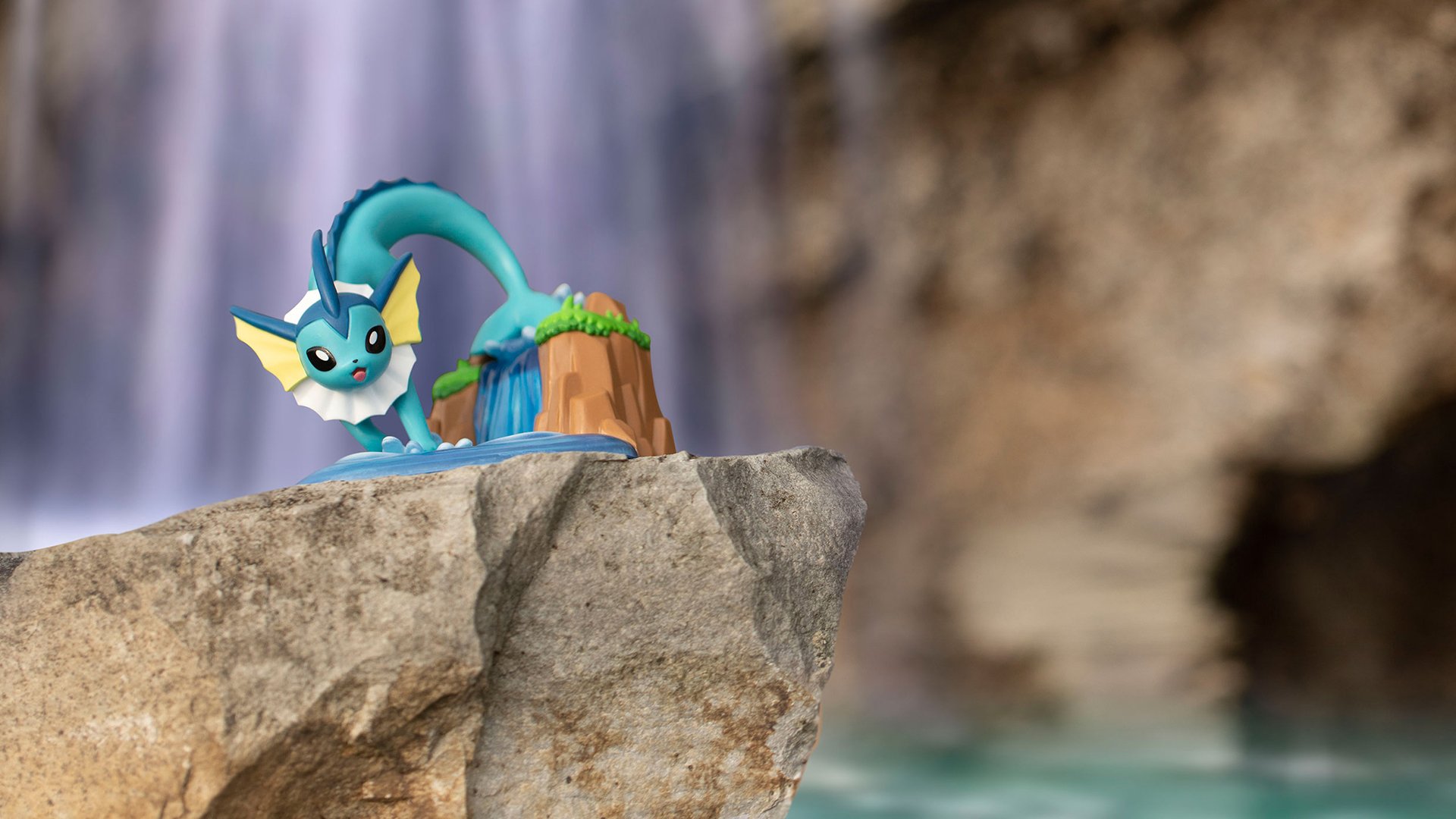 Earlier this year, Funko and The Pokemon Company announced a new line of collectible figures called “An Afternoon with Eevee & Friends,” which features Eevee, the “Evolution Pokemon” and its many evolutions.

The first figure was released in February, and it featured two Eevee hanging out in a field of flowers. Now, the second figure in the line has been revealed, and it features Vaporeon.

The Vaporeon figure shows the Water-type Pokemon jumping off of a waterfall into a pool below. It will be released on the Pokemon Center website on March 10 at 9 a.m. PT for $14.99.

The nine figures in this collection are designed to form one large scene if you place them all next to one another. The Eevee figure sits in the center of the scene, and Vaporeon will sit to the left of it, as you can see in the picture below.

The remaining seven figures in the Eevee & Friends series are expected to be released monthly from April through October of 2020. Here’s the full timeline for the rest of the figures:

If you want to view silhouettes of the remaining figures, head to the Pokemon Center website.