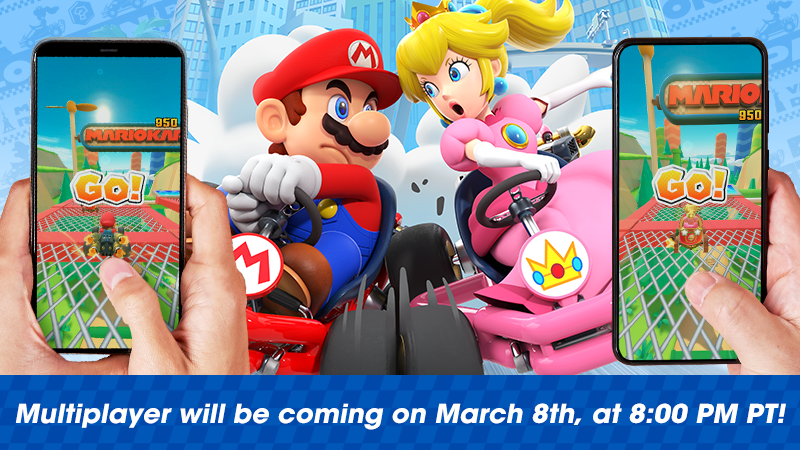 In September of 2019, Mario Kart Tour launched on iOS and Android devices, giving players the chance to put the pedal to the metal in a new way on mobile devices.

Mario Kart Tour has easier controls than the regular console versions of Mario Kart (like Mario Kart 8 Deluxe on the Switch). For one, your kart accelerates automatically, and you can use touch controls to steer your vehicle and use any items you pick up as you race. As a free-to-play game, Mario Kart Tour only gives you a few drivers, karts, and gliders to choose from when you first start playing, but you can unlock more over time.

Later this month, a major update is coming to Mario Kart Tour that will add a real-time multiplayer mode to the experience. This mode will allow players to race against others both nearby and online.

The multiplayer mode will let players compete in Standard Races that have a variety of different rules. The rules will change on a daily basis to keep things fresh.

In addition to racing online, you’ll also be able to compete against friends or other people nearby in races that will allow you to set your own in-game rules.

The real-time multiplayer mode will be added to Mario Kart Tour on March 8 at 8 p.m. PT.

Mario Kart Tour is available to download for free on iOS and Android devices. The game is rated 4+ on iOS and E for Everyone on Android. You’ll need a Nintendo account to play the game.

Check out our SuperParent First Look to learn more about Mario Kart Tour.