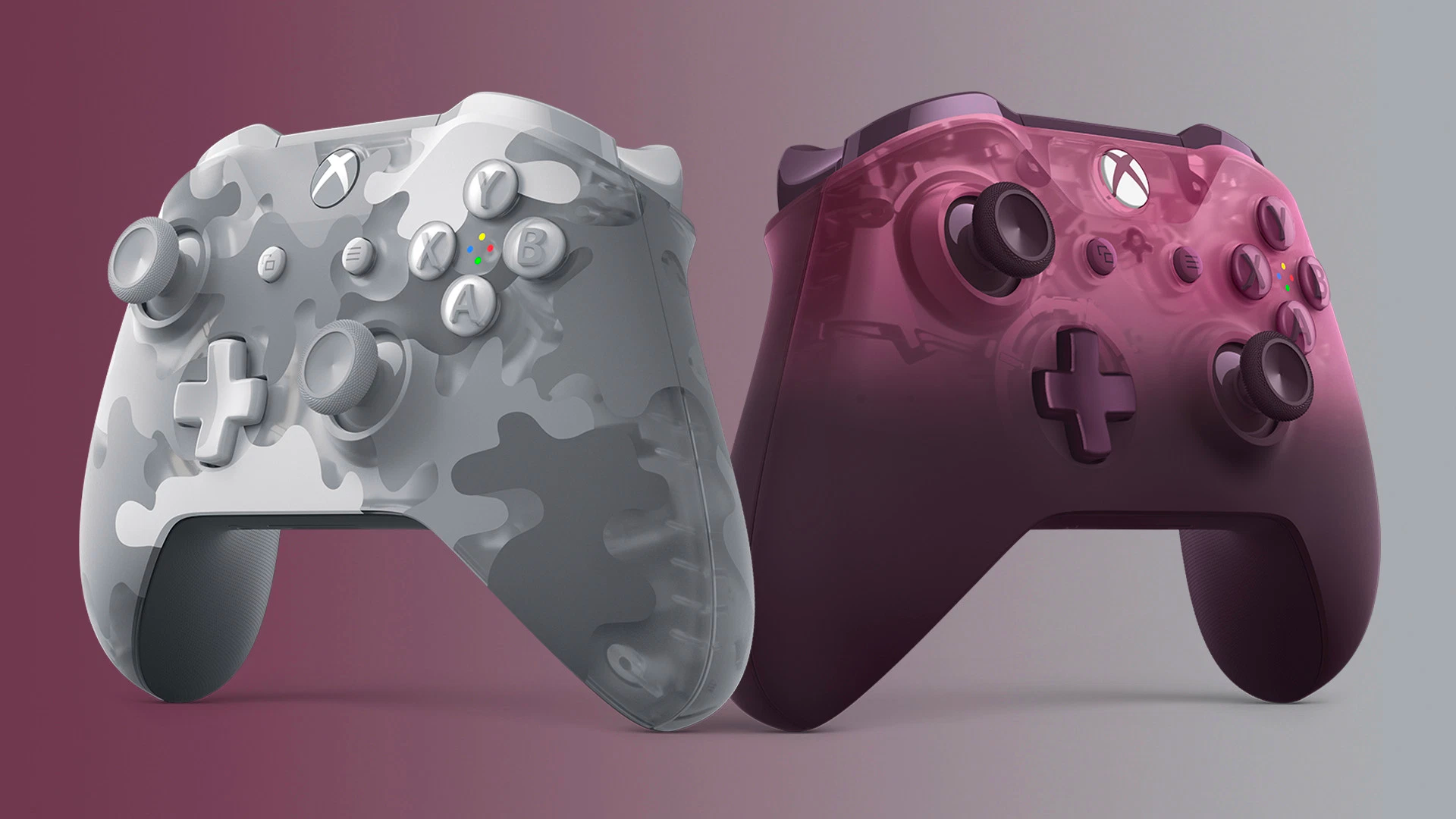 When you buy an Xbox One console, you receive everything you need to get started (including a controller) right in the box. However, you may find that you need or want a second (or third…) controller based on your family’s gameplay habits (for instance, if you play a lot of local multiplayer games).

If you’re in the market for a new Xbox One controller, Xbox revealed two new options that are pretty stunning.

The Phantom Magenta Special Edition Xbox Wireless Controller is the third controller in Xbox’s Phantom Series. It has a pretty magenta color, and part of the controller is translucent so you can see the parts inside of it. This controller will be available on March 17 for $69.99. It’s available for pre-order now.

The other option is the Arctic Camo Special Edition Xbox Wireless Controller. This one features a camo pattern with shades of white and gray. The pattern has areas that are transparent so you can see inside the controller.

The Arctic Camo controller will be available this May for $69.99. In the U.S., it will be sold exclusively at Microsoft Stores and Walmart. Even though it won’t be out until later this year, you can pre-order the controller now.

Head over to Xbox’s website to learn more about these new controllers.