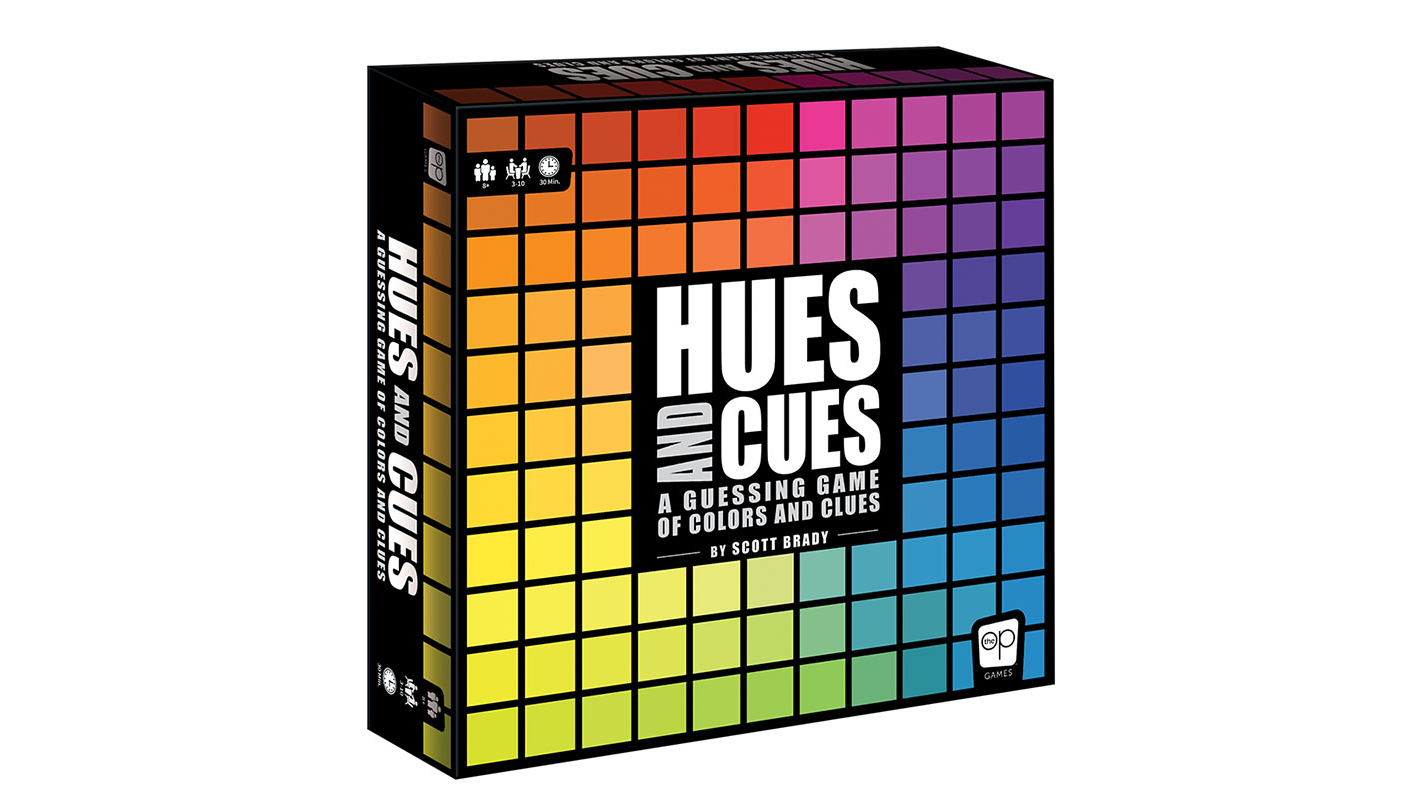 The Op (Usaopoly) revealed a colorful new tabletop game called Hues and Cues that will challenge players to guess target colors based on clues provided by another player.

Each game of Hues and Cues is for 3-10 players aged 8+. To play, a “cue giver” will choose a color card from a deck of cards to be the “target” color. Then, they’ll give one- and two-word clues to the other players to help them guess the right shade.

In a news post, The Op gave an example about how this works:

“What color do you associate with the word “apple”? Some may picture a delicious deep red, while others might imagine a pale yellow. You’re given another two words: “Granny Smith.” Now, from your knowledge of the puckering fruit used in tarts, you definitely envision a vibrant green. Thanks to the second and more specific hint, you’ve nailed the intended color.”

The game will include 100 different color cards, but the board itself will contain 480 colors to choose from when guessing. The closer each player gets to the target color, the more points they’ll earn. Each game of Hues and Cues is expected to last upwards of 30 minutes.

Hues and Cues will be released this summer for $24.99.

This isn't the only tabletop game The Op will release this year. For instance, it will launch an escape room game themed after Scooby-Doo this Spring, and a worker placement game called Harry Potter: House Cup Competition this summer.