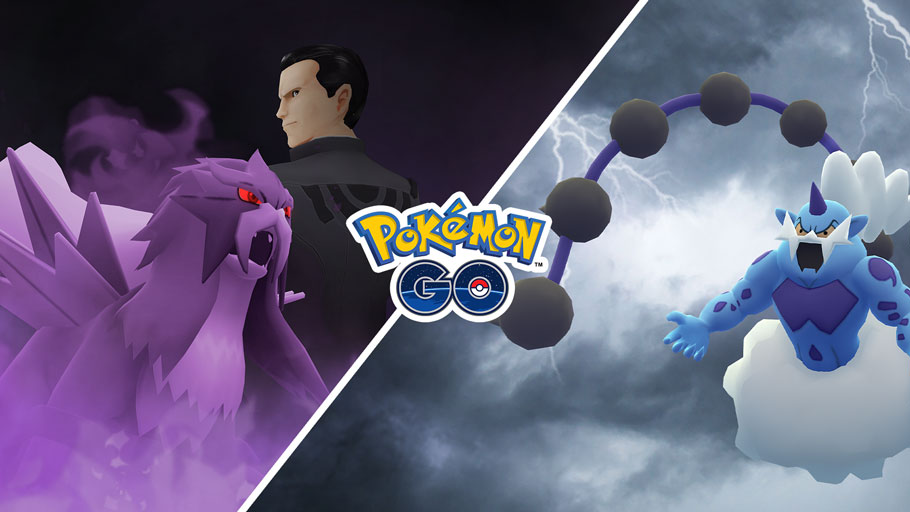 Trainers, March is here, which means there are lots of new events to look forward to in Pokemon Go!

Here’s a breakdown of what we know about this month’s events so far.

Starting on March 2 at 1 p.m. PT, the Legendary Pokemon Thundurus will be available to challenge in Tier-5 Raids. This is an Electric- and Flying-type Pokemon from the Unova region of the Pokemon universe (Gen V).

From March 6 at 8 a.m. to March 9 at 10 p.m. local time, Darkrai will be available to encounter in Raids, and there will be the chance for Darkrai to be Shiny.

From March 13 at 8 a.m. to March 16 at 10 p.m. local time, Altered Forme Giratina will appear in Raids. You also may encounter the Shiny version of this powerful Pokemon.

From March 20 at 8 a.m. to March 23 at 10 p.m. local time, you’ll have the chance to take on Cobalion in Raids. These Cobalion will know the move Sacred Sword, and there will be the chance for them to be Shiny.

From March 27 at 8 a.m. to March 30 at 10 p.m. local time, Lugia will appear in Raids. These Pokemon will know the move Aeroblast, and you may encounter a Shiny Lugia during this event.

The Team Go Rocket Takeover event will run from March 6 at 8 a.m. to March 9 at 10 p.m. local time. During this time, Poison- and Dark-type Pokemon, as well as other Pokemon that are related to Team Go Rocket, will appear more frequently in the Wild. This will include Absol. You will also have the chance to encounter Shiny Skorupi.

Plus, on March 7 from 2 p.m. to 5 p.m. local time, Team Go Rocket will be more active in the game, and this includes Sierra, Cliff, Arlo, and Giovanni. During this three-hour window, you’ll have the chance to rescue all six of the Shadow Pokemon that the Team Go Rocket Leaders have left behind after you battle them. You’ll also receive twice the normal amount of Stardust when you defeat a Team Go Rocket Grunt or a Leader during this event window.

Finally, during the three-hour event on March 7, you will be able to use a Charged TM to change the Shadow Pokemon move “Frustration” into another Charged Attack that the Pokemon can normally learn. In a news post, Pokemon Go’s developer, Niantic, said that if you purify the Shadow Pokemon in the future, it will still learn the move Return, which will overwrite the move it learned when you used the Charged TM.

From March 20 at 8 a.m. to March 23 at 10 p.m. local time (the same time frame as the Cobalion raid weekend), a “Mysterious Weekend” event will take place. Here’s what we can look forward to during this event:

Finally, a Special Research “story event” will also be released to go along with this Mysterious Weekend event. We’ll bring you more details about it as we learn more.

The Psychic Spectacular event will take place from March 27 at 8 a.m. until March 30 at 10 p.m. local time. Here’s what the event will feature:

Both Solosis and Gothita will remain in Pokemon Go after this event ends. They’ll appear in the wild, and they’ll also have the chance to hatch from 5 km Eggs.

We’ll bring you more details about each event once we know more.

March’s series of Special Research tasks in the ongoing Team Go Rocket storyline is called “The Shadowy Threat Grows.” If you can complete these tasks and defeat Giovanni, you’ll have the chance to rescue Shadow Entei.

Phew! That’s definitely a lot to take in, and this list doesn’t even include Pokemon Go Community Day, which will also take place at some point in March. Keep checking back with SuperParent for more information about these events, and mark your calendars if there’s a specific event you don’t want to miss out on!