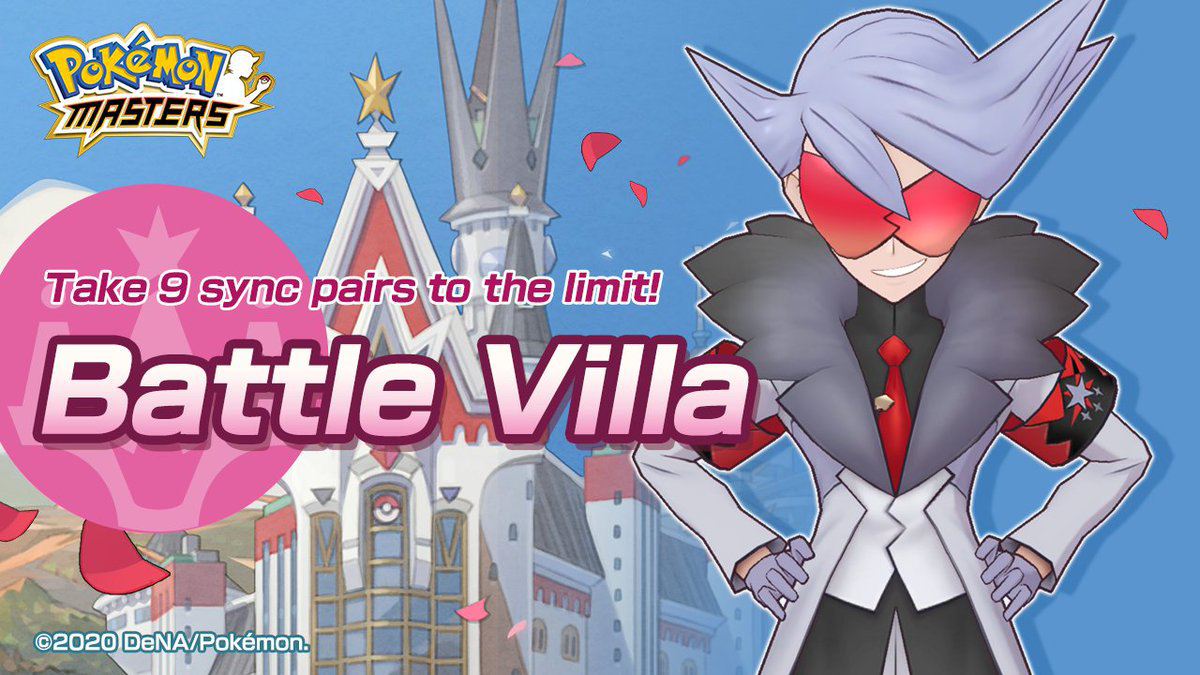 To celebrate the sixth-month anniversary of the launch of Pokemon Masters on iOS and Android, the game has been updated with lots of new content, including new Sync Pairs, new story chapters, and a brand new feature called Battle Villa.

The Battle Villa is a single-player mode that will challenge you to win as many 3-on-3 battles as possible within a two-week period. Once the two weeks are over, the challenge period resets and you can begin again.

Each day during a challenge period, you can choose nine Sync Pairs to take into battle with the goal of “surviving” for as long as possible before all of your teams are knocked out.

At the end of each battle, your teams’ remaining HP, MP, and any status conditions will carry over into the next encounter, rather than being reset. If all nine of your Sync Pairs are defeated, you can enter the Battle Villa mode again the next day to pick up where you left off.

You'll need to have completed at least chapter 7 of the game's main story to unlock access to the Battle Villa.

Elsewhere, this update added a new Shining Star story event to the game, which features the Sync Pair Sygna Suit Elesa & Rotom. You can add this Sync Pair to your collection through the Signa Suit Elesa Spotlight Scout, which will be available until March 15 at 10:59 p.m. PT.

In addition to the new Battle Villa mode and Shining Star story event, there are now three more regular story chapters to complete in Pokemon Masters, bringing the total to 24. If you complete these chapters, you’ll have the chance to add a new Sync Pair to your team: Valerie & Sylveon.

Finally, from now until March 15 at 10:59 p.m. PT, you’ll have the chance to unlock a new Sync Pair, Sygna Suit Red & Charizard, through the Poke Fair Scout.

What do you think about this Pokemon Masters update? Let us know in the comments, or tweet us at @superparenthq.