Pokemon Sword and Shield: Zarude Is the Newest Mythical Pokemon 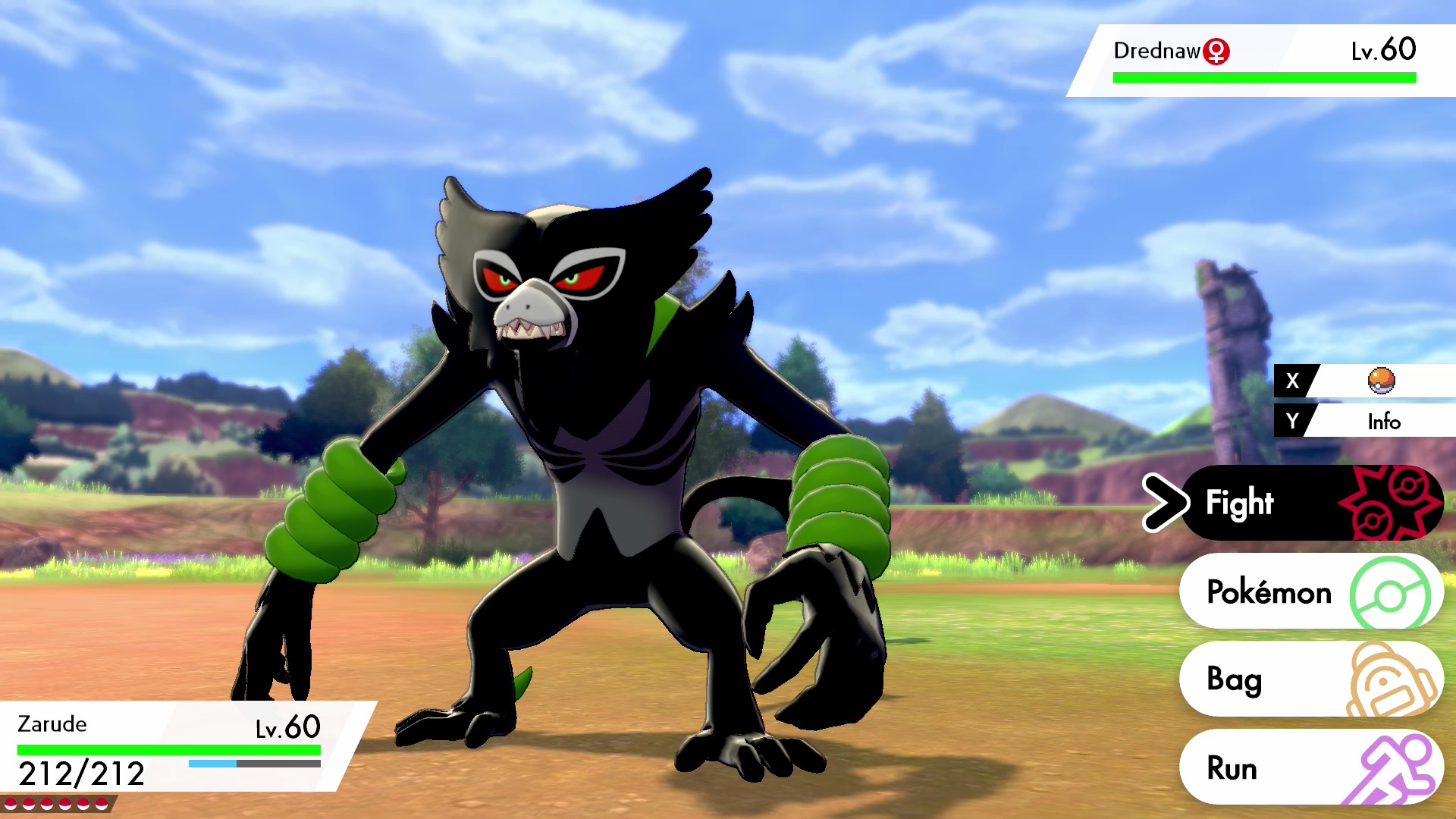 February 27 is Pokemon Day, which celebrates the anniversary of the release of the original Pokemon video games in Japan. As part of its annual celebrations, The Pokemon Company revealed a new Mythical Pokemon in the world of Pokemon Sword and Shield: Zarude.

Zarude is also known as the Rogue Monkey Pokemon. It’s a Dark- and Grass-type pocket monster that measures 5’ 11” tall and weighs 154.3 pounds.

In a press release, The Pokemon Company shared more details about Zarude:

“This Mythical Pokémon lives in a pack deep in the dense forests of Galar. It treats anyone that isn’t part of its pack with immediate hostility. When fighting, Zarude swings around from tree branches, attacking relentlessly with its sharp claws. Its quick wit helps it excel in battles.”

While Zarude is only available in Pokemon Sword and Pokemon Shield, The Pokemon Company said it “can’t be encountered in regular gameplay.”

So how will players be able to collect Zarude? That’s unknown as of this writing, but keep checking back with SuperParent, as we’ll be sure to let you know how you can add Zarude to your collection when the Pokemon becomes available.

What do you think about Zarude? Let us know in the comments, or tweet us at @superparenthq.