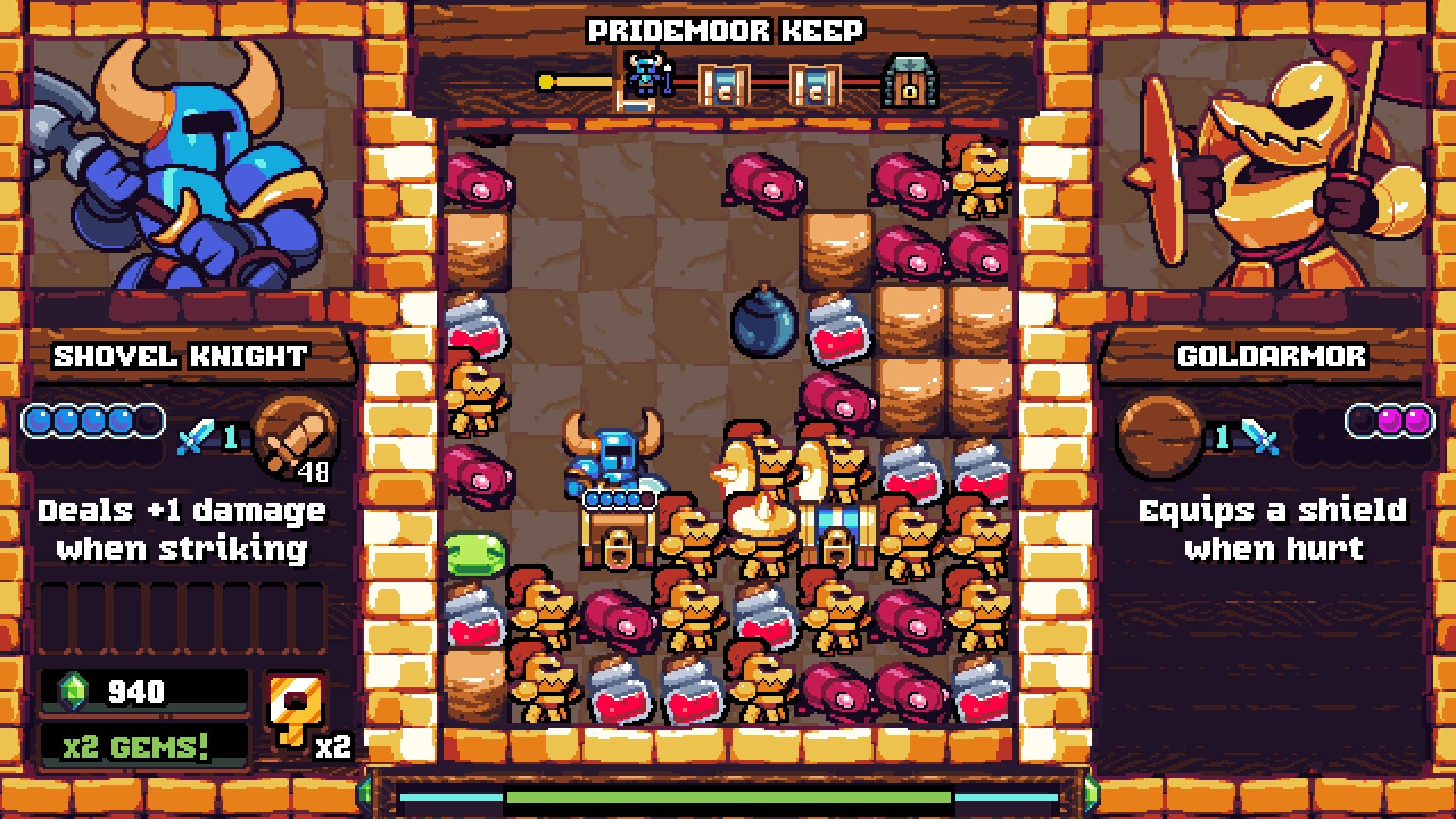 Shovel Knight Pocket Dungeon will let you control more than 10 hero characters from the Shovel Knight franchise, with each having “a unique power and play style.” The game will also feature multiple modes, including a Story mode, a Versus mode that lets two players compete against each other, and more.

While Shovel Knight Pocket Dungeon hasn’t been rated by the ESRB just yet, previous Shovel Knight games are rated E for Everyone, so we expect this one to be family-friendly as well.

Shovel Knight Pocket Dungeon doesn’t have a release date as of this writing, but it will be available to try at PAX East, which takes place in Boston, Massachusetts from February 27 to March 1.

Are you excited to learn more about Shovel Knight Pocket Dungeon? Let us know in the comments, or tweet us at @superparenthq.