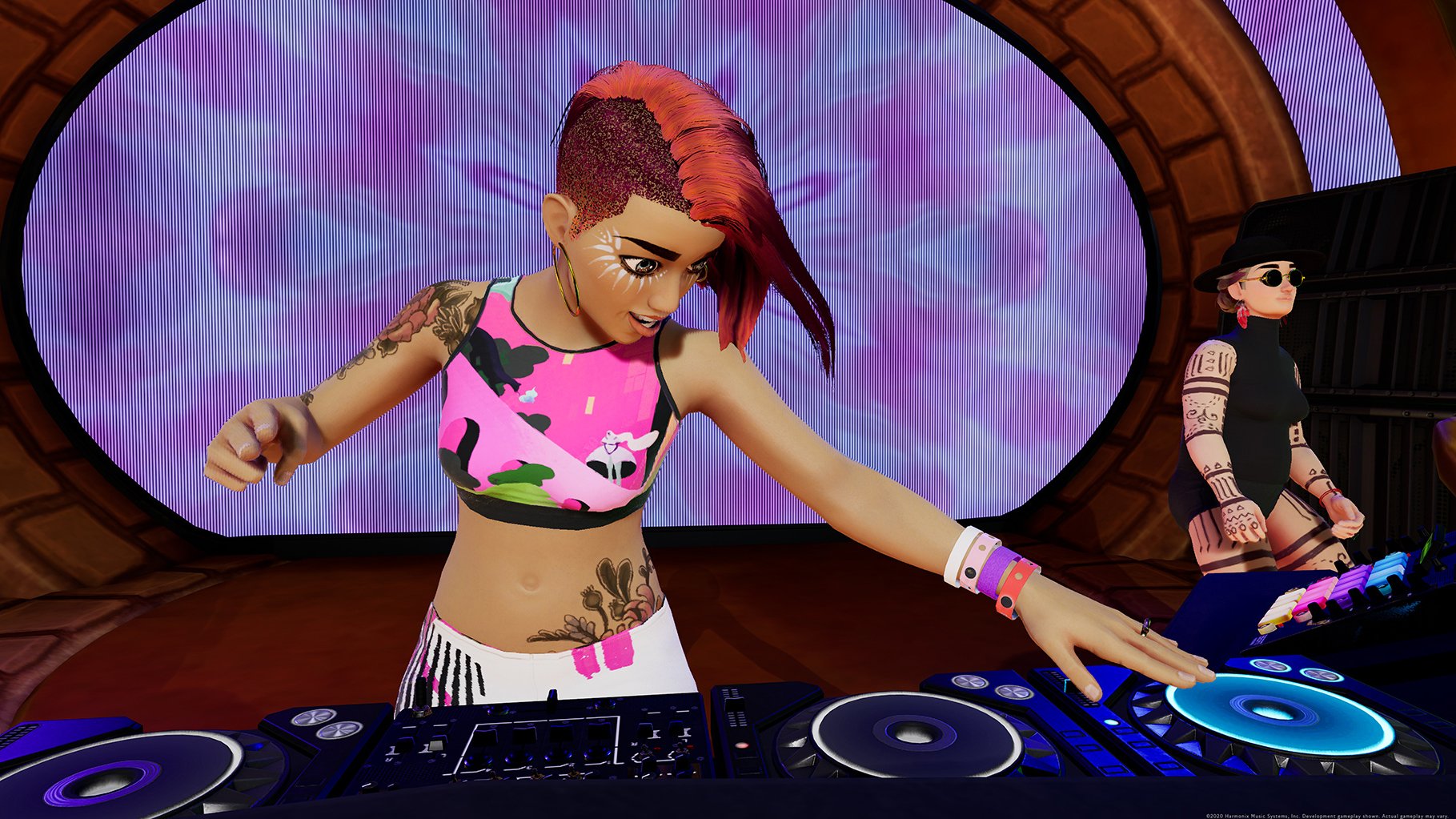 Harmonix, the company behind music-themed games like Rock Band and DropMix, revealed its newest game: Fuser.

The music mixing game will let players mix and match elements (like the vocals, bass line, and more) from different songs to create their own mixes, and they’ll earn points as they complete objectives or “satisfy crowd requests.” When players create a mix they’re really proud of, they’ll be able to share it with others online.

“As players progress through the game, they’ll unlock new songs, new sounds, a wide variety of cosmetic options and also advanced gameplay options that open up a stunning creative palette. Players will be able to express themselves through live challenges, multiplayer modes and also freestyle mode. Fuser is a musical playground where players can explore, discover and perfect incredible mixes. Fuser gameplay is all about creativity and experimentation, an audio canvas waiting for players to make their mark.”

Fuser will feature over 100 songs, including Post Malone’s “Better Now,” Smash Mouth’s “All Star,” and 50 Cent’s “In Da Club.” You'll also have the option to purchase additional songs as downloadable content (DLC) once the game is available.

It’s important to note that while Fuser has yet to be rated by the ESRB, some of the songs that will be included in the game contain explicit language. We’ve asked Harmonix whether this content will be censored (or whether players will have the option to censor it), and we’ll update this space if we hear back.

Fuser is expected to launch this fall on Switch, PlayStation 4, Xbox One, and PC.