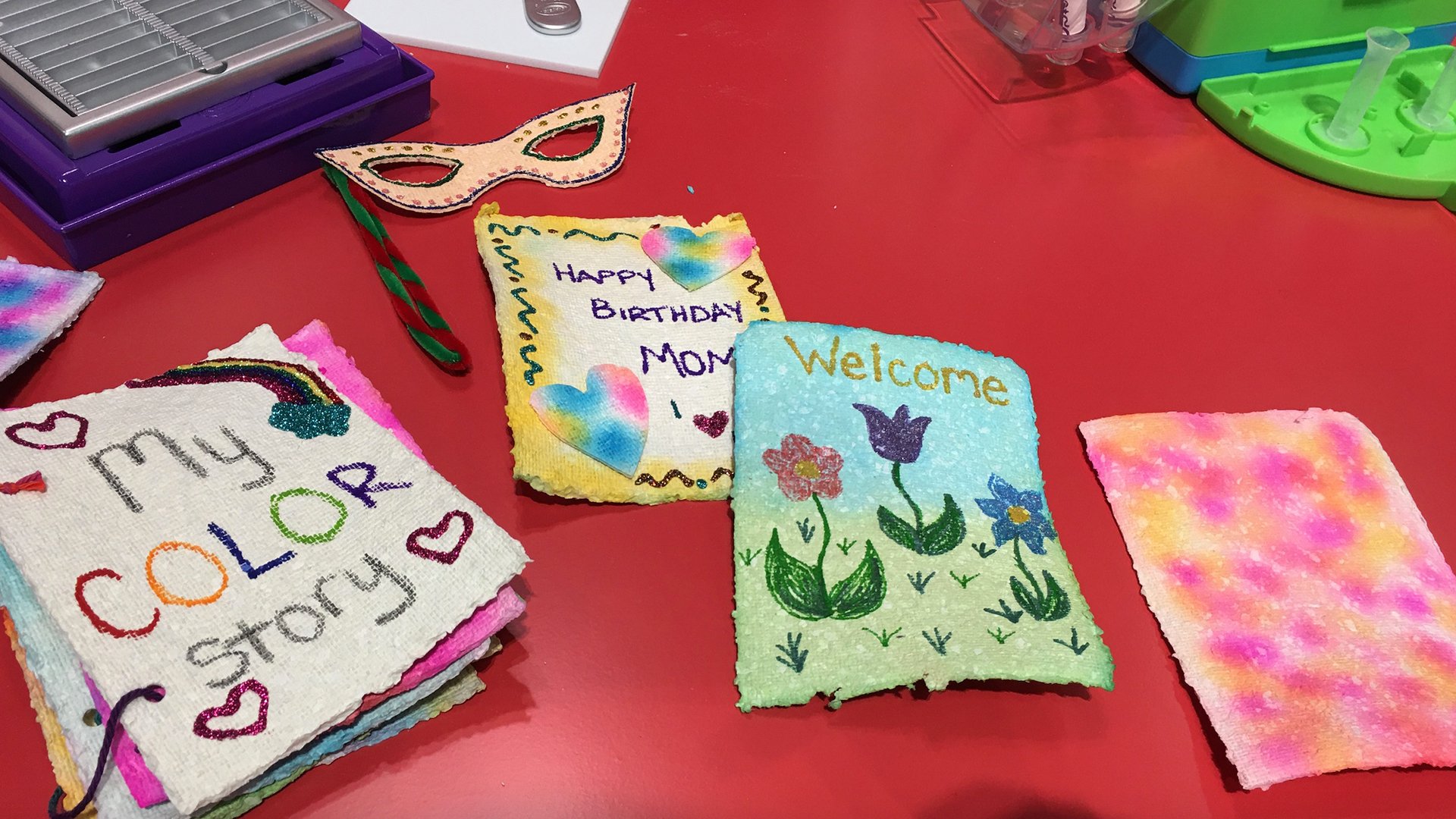 This year’s NY Toy Fair had no shortage of cool stuff for kids to enjoy. While there were plenty of awesome products from the likes of Hasbro, Mattel, and Lego, we wandered through the Jacob Javitz Center in search of things we’ve never seen. On that note, here are some of the best toys and games from Toy Fair 2020.

It seems like every toy company has its own slime, and most of these crazy compounds feel nothing like the capsule toy goop that we bought decades ago. Case in point, Play Visions’ new Slime By Design series that adds unique textures like the melty Butter and the pillow-soft Cloud; they even have clear slime that has little holographic bits inside. Suffice it to say, Play Visions raised the slime game this year and we look forward to watching our kids make a mess outside.

Crayola has so many cool items coming out, including this mess-free finger paint set! You squeeze some paint onto the board, lock a clear plastic film into place on top of it, and then kids can have all the fun of finger painting without the mess. When they’re done, simply unlock the top part and hang up your child’s latest masterpiece.

It turns out Crayola has a handful of DIY kits, from make-your-own erasers to magic markers. The one that caught our eye the most, though, is the Paper Maker. You literally make your own paper! How cool is that? Of course, you can then decorate it however you wish.

Bandai’s Megahouse Charaction Cubes are not what they seem. Yes, you can display these cute toys on your shelf and desk, but they’re actually Rubik’s Cube-like puzzles that you can twist back into shape! Cool take on a classic idea.

Moose Toys, master of hidden object toys, has a new series on the way called I Dig… Monsters! These items come in the shape of ice pops but there’s nothing chilly about these sweet-looking treats. Each hidden monster comes encased within a wax-like material that you slowly peel away; you can also uncover cookie-cutter style objects that let you mold this stuff into different shapes. Both therapeutic and fun, we think kids will have a wonderful time uncovering their new surprises!

At first, we thought Top Trumps had something to do with The Donald, but the game gets its name from the need to “trump” other players. It’s sort of like Uno mixed with trivia, except instead of getting rid of your cards, you want to accumulate everyone else’s. Each themed deck (the list includes wonders of the world, birds, celebrities, more) contains a variety of cards with different attributes. One player calls out an attribute (let’s say Wingspan in the bird deck) and then everyone reveals their numbers. Highest number wins everyone’s cards for that round. It’s a fun way to learn about all sorts of things real and fictional. The best part? This U.K. smash hit is available in the U.S. right now!

True virtual reality is finally here, and one of the best uses of it from Toy Fair 2020 was this Junior Chef kit from Abacus. Place your smartphone over the included booklet and recipes jump off the page through augmented reality (AR). From there, you insert the phone into the VR goggles and you’re transported right into the kitchen to watch chefs prepare different meals.

Your world is about to turn upside down after putting on these upcoming goggles from Vango. They literally flip things, and then you must attempt to complete everyday activities while wrestling with your altered perspective. Think you can write your name or draw pictures while upside down? We foresee big party game potential with this one.

Which of these items are you most excited about? Let us know in the comments, or tweet us at @superparenthq.

Pokemon Go: How to Get a Snivy in the Sunshine Ticket