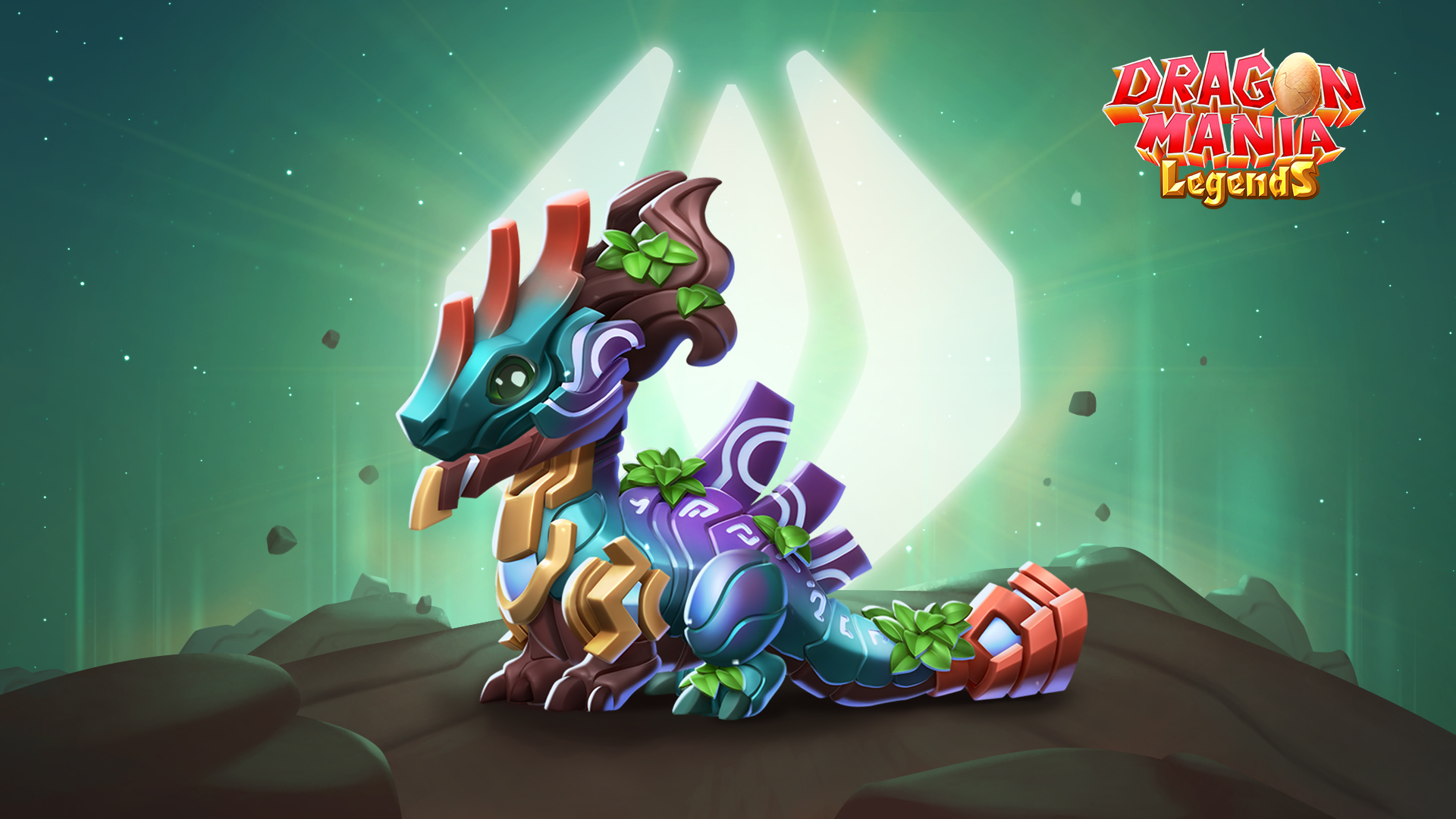 Gameloft, the company behind mobile games like Disney Princess Majestic Quest and Asphalt 9: Legends, released a major new update for Dragon Mania Legends, a free-to-play mobile game that allows players to collect, breed, and train a wide variety of dragons.

The Ancient Metal Mega update adds four new “Ancient Metal Dragons” to the game, including Ashkelon, Zephujin, and Koth'ez, which were revealed on the Dragon Mania Legends Facebook page, and a fourth dragon, Artoba, which we’re revealing exclusively here on SuperParent.

Here are some details about Artoba, straight from the developer:

"This Ancient Dragon was found inside a huge tree on Arto as a hatchling. Growing plants wherever it pleases, it's given offerings to stop environmental decline. Artoba is the origin of "the Bob"!"

With this Ancient Metal Mega update, dragon collectors can play the Dragon Dice mode to learn more about each of the four Ancient Metal Dragons and eventually unlock them for their collection. These are the most powerful Dragons ever added to Dragon Mania Legends, and they have no elemental weaknesses.

These Ancient Metal Dragons will only be available to unlock from March 2 to March 29, 2020.

In addition to adding these new dragons, the game’s latest update introduces a “Dragon of the Month” feature, which will see a different dragon added to the game each month, starting in March 2020. These dragons will be inspired by various movie genres, with the first dragon -- the Noir Dragon -- being inspired by classic noir films.

Players who successfully collect every "Dragon of the Month" released in a quarter will be rewarded with bonus dragons, and if players can collect all 12 dragons released in a year, they’ll earn a “special collection reward."

Dragon Mania Legends is available to download for free on iOS and Android devices.

Are you excited about this update for Dragon Mania Legends? Let us know in the comments, or tweet us at @superparenthq.