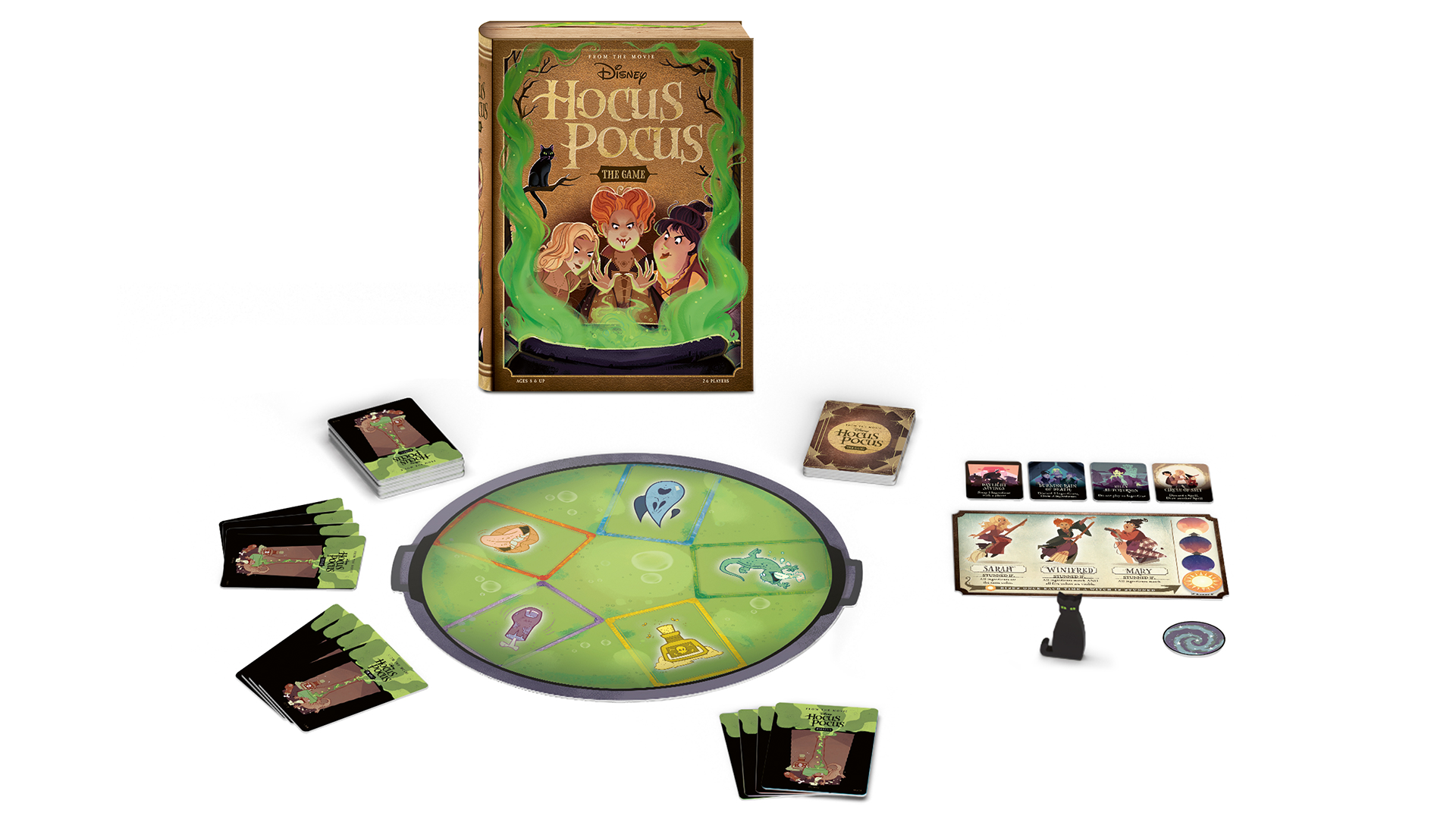 At the 2020 New York Toy Fair, puzzle, game, and toy maker Ravensburger showed off a series of family-friendly tabletop games and toys that will hit store shelves throughout 2020.

Here are some of the items that were revealed.

Inspired by the three Back to the Future films, this cooperative game for 2-4 players will challenge everyone to work together to help Doc Brown and Marty “repair the spacetime continuum” after Biff takes off with the DeLorean. The game will be available in June.

GraviTrax is a system that lets kids and adults create impressive marble runs by connecting pieces however they see fit (learn more in our review). This Vertical starter set includes new pieces, like walls, towers, and balconies, which can be used to create different kinds of structures when compared to the original starter set. Plus, these new pieces can be mixed in with the GraviTrax items your family may already own. The GraviTrax Vertical Pro starter set is expected to be released in September.

In this cooperative game for 2-6 players, you’ll need to work together to stop the Sanderson sisters from claiming the lives of Salem’s children. The game will include references to the classic Hocus Pocus film, such as quotes from the movie. It will also include a wooden figure of Binx the cat. Disney Hocus Pocus: The Game will be released this August, so you’ll have plenty of time to play the game throughout the 2020 Halloween season. Each game is expected to last 30 minutes.

In this game inspired by the classic Disney theme park attraction, 2-4 players will be challenged to protect their passengers and cargo as their boat makes its way down a dangerous river. Each game is expected to last 45-60 minutes. Disney Jungle Cruise Adventure Game will be released in June 2020.

Dog Crimes will challenge kids to use deductive reasoning to figure out which of six dogs committed 40 different crimes, such as tearing up a pillow. Each crime comes with a variety of clues that kids can use to solve it. Dog Crimes is available now on Amazon. Click here to learn more about the game.

Set in the world of the extremely popular Minecraft video game, this puzzle game challenges kids to use visual clues to place pieces in the proper location on a magnetic game board. There are 40 challenges to complete, which become more challenging as kids progress. Minecraft Magnetic Travel Puzzle is available now on Amazon. To learn more about the game, check out our previous coverage.

This toy train set comes with 37 pieces, including a “Record & Play Engine,” which will perform different actions, such as lighting up and making sounds, as it reaches certain “Action” items around the track. Parents can also download a mobile app that includes extra sounds for the Engine to make, as well as a remote control that can make the Engine move forwards, backwards, or stop moving altogether. This set will be compatible with all “BRIO World” products. It will be released this September.

Inspired by the Disney film The Little Mermaid, this bathtime toy is a “story matching game” with pieces that are designed to stick to the sides of a bathtub. No release date was revealed for this one.

These items aren’t the only things Ravensburger is working on for 2020. Overall, Ravensburger said it will release over 250 new products this year across its multiple brands (Ravensburger, ThinkFun, BRIO, and Wonder Forge). Keep checking back with SuperParent, as we’ll bring you more information about these products throughout the year.

Are you excited to try any of these games and toys with your family? Let us know in the comments, or tweet us at @superparenthq.