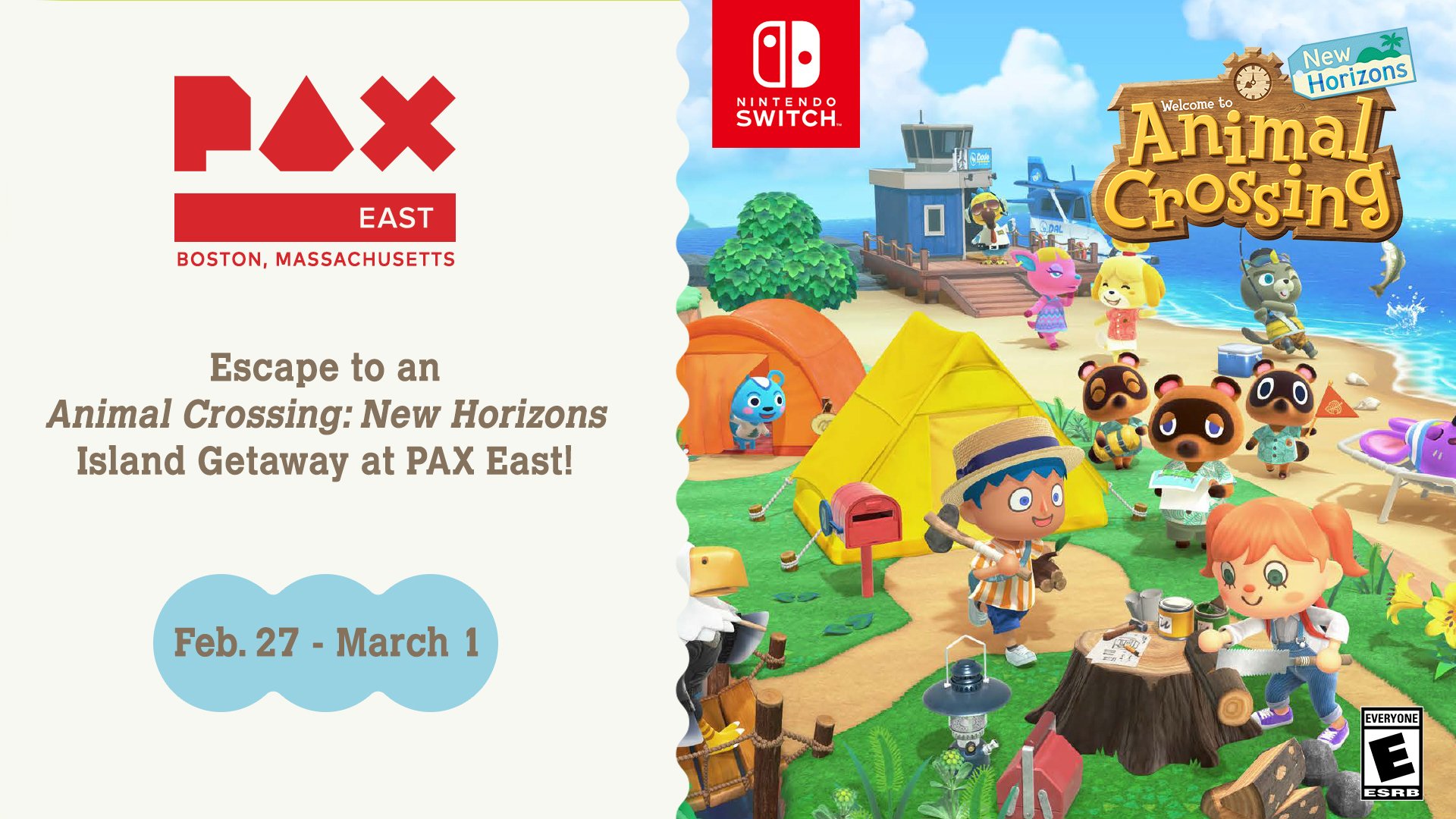 PAX East will be held in Boston, Massachusetts from February 27 to March 1. The gaming convention allows attendees to visit booths hosted by major game developers and publishers and even try some new games before they’re officially released.

Ahead of the show, Nintendo revealed the different experiences attendees can look forward to if they plan to visit its booth.

First, attendees will be able to play Animal Crossing: New Horizons before the game actually launches on Switch on March 20, and when they do, they’ll receive a free Tom Nook-themed tote bag as a reward (while supplies last).

In addition, Nintendo’s booth will let people take pictures with a variety of costumed characters from the Animal Crossing franchise, like K.K. Slider, Tom Nook, and Isabelle.

If you want to skip waiting in line to try Animal Crossing: New Horizons, you can sign up for a free “Warp Pipe Pass” that will let you “gain priority access” to the game’s demo line at PAX East. You can register for a pass on Nintendo’s website starting on February 25 at 5 p.m. ET. The pass will only be valid on the first day of PAX East, and a limited quantity of passes will be available.

Meanwhile, if you’re a Pokemon fan, Nintendo’s booth will let you try out Pokemon Sword and Pokemon Shield, and you’ll receive a free Pokemon-themed “postcard booklet” for trying the game (this freebie will be available while supplies last). The booklet shows off images from the Galar region of the Pokemon universe, where Sword and Shield are set.

Plus, if you bring your own Nintendo Switch and copy of Pokemon Sword/Shield to the booth, you’ll have the chance to team up with other attendees to take on Pokemon in Max Raid Battles, and you’ll receive a Pokemon Pin for doing so (again, this goodie will be available while supplies last). You’ll also be able to take pictures with someone in a Pikachu costume.

Finally, Nintendo’s booth will have a variety of products for sale, including items inspired by Animal Crossing: New Horizons. If you visit the “My Nintendo check-in booth” at PAX East, you’ll also have the chance to receive a free Isabelle pin (while supplies last).

Are you going to PAX East? Are you excited to play Animal Crossing: New Horizons when the game comes out later this year? Let us know in the comments, or tweet us at @superparenthq.