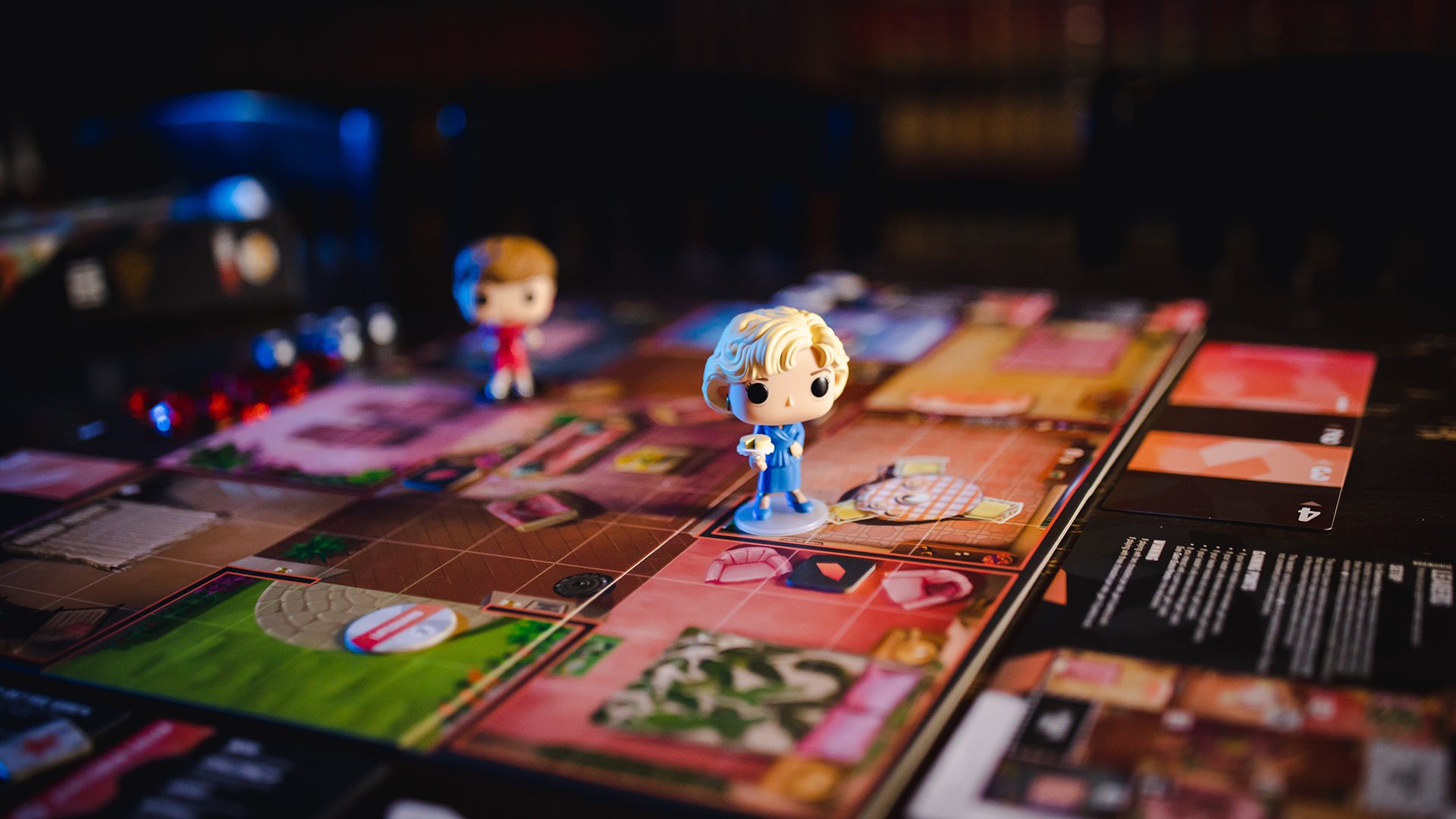 Ahead of this year’s New York Toy Fair (it takes place February 22-25), Funko Games revealed some of the family-friendly tabletop games it will release throughout 2020.

Here’s a quick preview of each game, and when we can expect them to be available.

Based on the first film in the classic Back to the Future franchise, Back in Time is a cooperative game that takes players to 1955, where they’ll be challenged to work together to make sure Marty’s parents, George and Lorraine, fall in love, as well as defeat Biff and his friends. Then, they’ll need to drive the DeLorean down Main Street so that the lightning strike on the Hill Valley Clock Tower can send them back to 1985. Back to the Future: Back in Time is for 2-4 players, and each game is expected to last 50 minutes on average. The game will be released this summer.

This game for 2-4 players will allow you to become Godzilla, Mothra, King Ghidorah, and Megalon in a battle for supremacy in Japan. In each game, you’ll be able to knock down buildings and throw trains, tanks, and battleships at the other players. Godzilla: Tokyo Clash will have an average playtime of 50 minutes. The game is expected to be released in June 2020.

This strategy game will challenge 2-4 players to create an “air travel empire” as they compete against Pan American World Airways and other airlines. The game will allow players to buy airplanes, secure landing rights, and more. Each game of Pan Am will take place across four in-game decades, and “random, game-altering historical events” will occur in every playthrough. Pan Am has an expected play time of 60 minutes. The game will hit stores this June.

Last Defense is a cooperative game for 2-6 players that gives your team 20 minutes to save the city from enemies like aliens and robots. In each game, you’ll need to move around the city to gather tools and save scientists. The game will work with a free mobile application that plays news bulletins about the enemies. Last Defense will be released in August 2020.

This party game for 2-6 people will allow each player to become “a 1970s soft-rock musician" with the goal of having the most points after three rounds. Players will be able to write their own songs, team up to write songs with other players, and more. Each game of Yacht Rock is expected to last 25 minutes on average. Yacht Rock will be available in August 2020.

The first Funkoverse games were released last year, and additional games in the series will come out throughout 2020. These include games based on Jurassic Park, The Golden Girls, Aggretsuko, Jaws, Back to the Future, and more. Funkoverse supports 2-6 players (depending on the game you choose), and each game has an average play time of 25 minutes. The Jurassic Park, Aggretsuko, and Golden Girls (Dorothy and Sophia) games will be available on March 1. For more information about Funkoverse, check out our review of the Harry Potter version of the game.