Pokemon Go Philadelphia Safari Zone: Everything You Need to Know 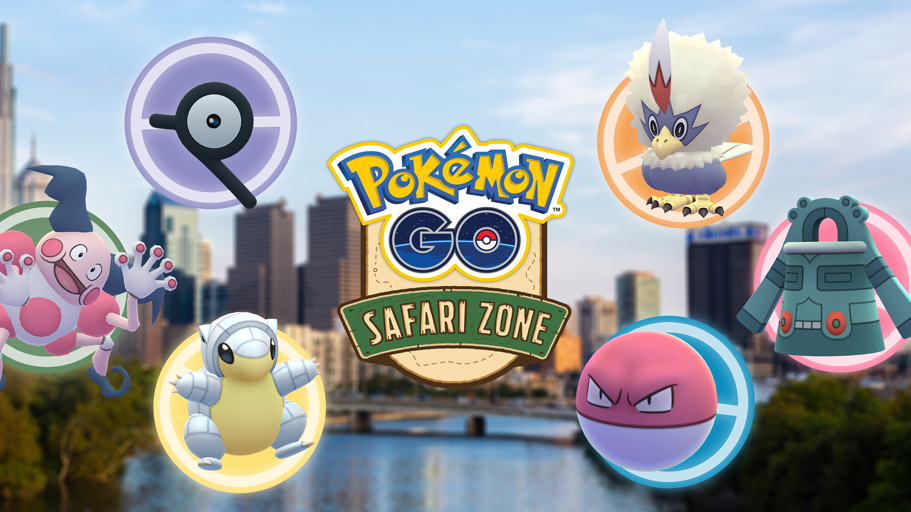 Earlier this year, Niantic, the developer of Pokemon Go, revealed a series of real-world Pokemon Go events that will take place in locations like St. Louis, Missouri and Philadelphia, Pennsylvania in the first half of 2020.

At the time, only a few details were announced about the Philadelphia event, but Niantic has revealed much more information about the event this week.

The Philadelphia Safari Zone event will take place from May 8 to May 10 in Philadelphia’s Fairmount Park. The event will have a “red, white, and blue” theme, and players will be able to encounter Pokemon such as Voltorb, Alolan Sandshrew, Unown P, Bronzor and Rufflet (among others) in the park during the event.

Mr. Mime, which is normally not available in the U.S., will also appear in the park during the event, and attendees will have the chance to encounter a Shiny Voltorb. Niantic also confirmed that Rufflet will be available for everyone to encounter before this Safari Zone event takes place.

Tickets for the Philadelphia Safari Zone will go on sale on February 24 at 8 a.m. ET. They’ll be sold on a first come, first served basis, with regular tickets costing $12 and early access tickets priced at $18, not including taxes and fees. Players who purchase an early access ticket will be able to play for two extra hours on their chosen day.

Similar to this year’s Liverpool Safari Zone event (which takes place in April), the Philadelphia Safari Zone will offer an optional City Explorer Pass, which attendees can purchase alongside their Safari Zone ticket to unlock extra gameplay experiences outside of Fairmount Park itself.

The City Explorer Pass will cost $8 (not including taxes and fees), and it will give trainers access to exclusive Raids, as well as a variety of extra gameplay bonuses, which will last from May 8 at 6 a.m. ET until May 10 at 10 p.m. ET. Since players can only attend the actual Safari Zone event in Fairmount Park on one of the three possible days, this City Explorer Pass will give them other things to do before or after their day has come.

Here are all of the extras that come with the City Explorer Pass:

Are you excited about the Philadelphia Safari Zone event? Let us know in the comments, or tweet us at @superparenthq.