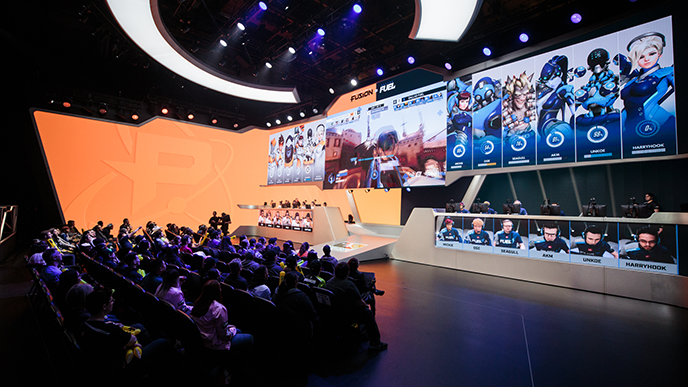 Overwatch, a competitive multiplayer shooter that’s popular with teens, relies heavily on team communication during each match, which usually takes place through online voice chat. Deaf players can’t participate in these conversations in the way others can, but one 14-year-old player came up with a great way to talk about parts of the game, including its many playable characters.

As reported by Kotaku, 14-year-old Danik Soudakoff is a deaf Overwatch fan who attends Overwatch League matches at the Blizzard Arena in Burbank, California. The Overwatch League is the game’s esports league, which sees teams compete against one another to win matches and tournaments. He works with an interpreter in the arena to create signs called name signs for the game’s heroes.

Many of these signs replicate actions the in-game characters take while playing. For instance, a healing character named Mercy moves her hand in an upward motion when she resurrects another character, so her name sign also contains an upward movement of the hand.

Soudakoff was featured in an episode of Waypoint, a weekly online video series put together by Overwatch’s developer, Blizzard. You can watch Soudakoff’s portion of the episode above.