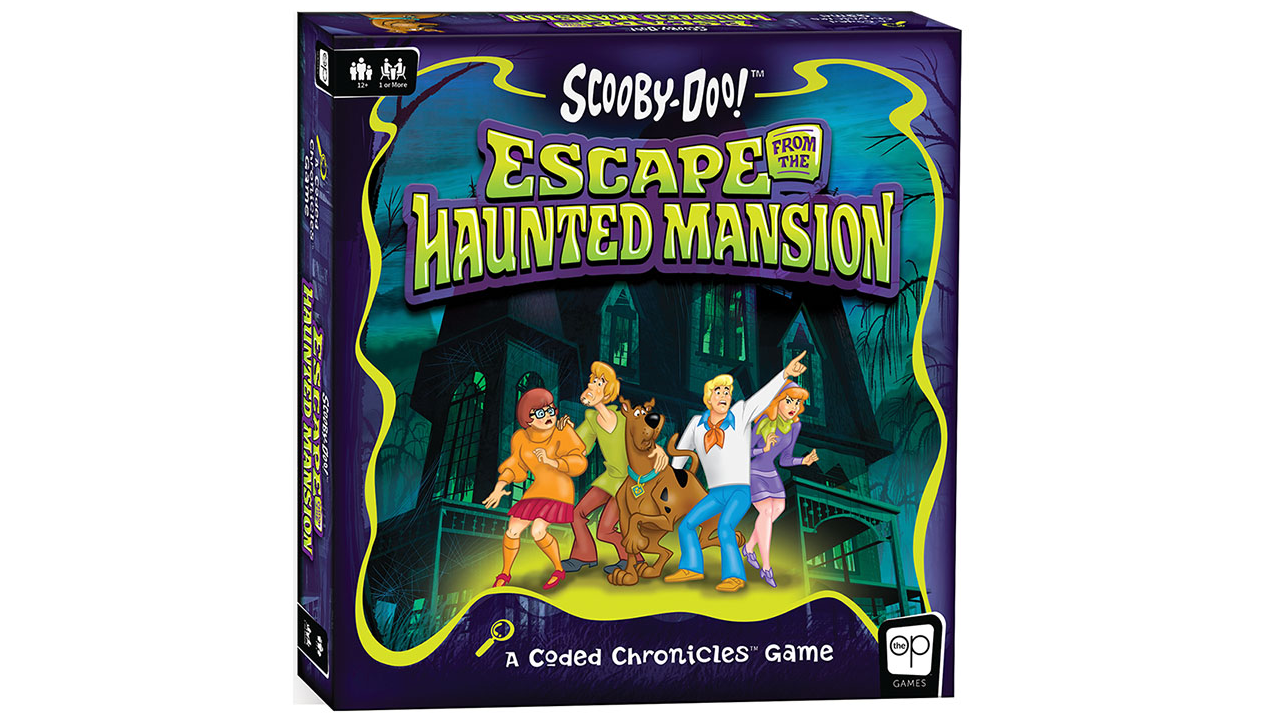 The Op (formerly USAopoly), is capitalizing on the escape room trend with its latest tabletop game, Scooby-Doo: Escape from the Haunted Mansion.

The cooperative title will allow players to experience an escape room game in their own home, which will challenge them to solve the mystery of “what happened in Lady Fairmont’s Haunted Mansion.”

Designed for one or more players aged 12 and older, Scooby-Doo: Escape from the Haunted Mansion is the first game in The Op’s new line of Coded Chronicles games.

In a news post, The Op offered some details about the Coded Chronicles line:

“Coded Chronicles™ games are like no other tabletop game you’ve ever played before. As the name suggests, they’re the first at-home escape room-style activity that integrates storylines from iconic franchises into the foundation of a unique code-revealing mechanic, which players use to cooperatively and gradually unlock new parts of the game.”

In this first game in the series, players will become members of the “Scooby Gang,” and they’ll need to “decode over 50 clues” as they attempt to escape the haunted mansion. The game will include five narrative books that can be used to follow along with the story, and some details will be hidden in secret envelopes that can be opened as the group advances.

Scooby-Doo: Escape from the Haunted Mansion will be available this Spring for $29.99. The game is expected to take at least an hour to complete, but it doesn't have an actual time limit.

This isn’t the first time we’ve seen a company bring the “escape room” concept from the real-world into our homes. For instance, Ravensburger created a line of jigsaw puzzles that combine traditional puzzling with escape room-style storylines and clues that are hidden in the puzzle's completed image.