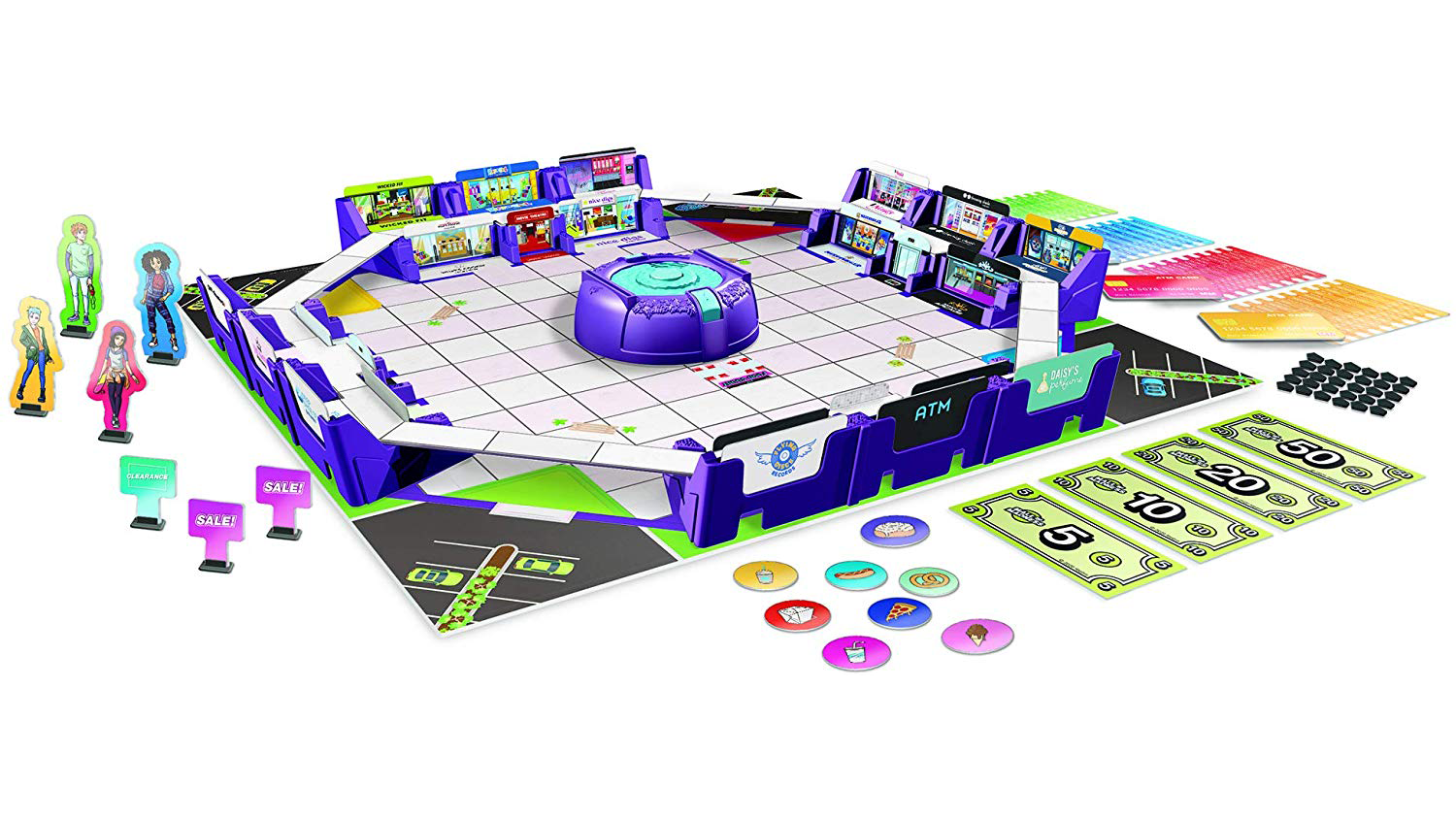 If you remember playing Mall Madness when you were younger, check this out: Bustle reported that Hasbro is bringing back the classic shopping-themed board game for a new generation of kids and adults to enjoy.

The original Mall Madness board game was released in 1988, and it challenged players to buy specific items by visiting different stores in a mall. Now, Hasbro will release an updated version of the game with familiar elements later this year.

According to the game’s Amazon pre-order listing, the new Mall Madness will support 2-4 players aged 9 and up. The game will challenge kids and adults to be the first player to buy the six items on their shopping list and make it back to their parking lot.

The game will let you choose from four different playable characters -- Gwen, Sage, Avery, and Dax -- and then visit 22 locations on the mall’s two floors, such as a nail salon, candy store, jewelry store, electronics store, toy store, shoe store, and arcade. You’ll also be able to visit the mall’s food court, which will allow you to pick up food tokens that can “add spaces to your next move.”

Mall Madness will feature an electronic component as well, which will make noise when players buy something. According to the Amazon listing, the “electronic unit” also “tells players where to move, announces surprise clearance sales, and more.”

Mall Madness will be available for $24.99. Amazon’s listing says the game will be released on October 1, 2020.