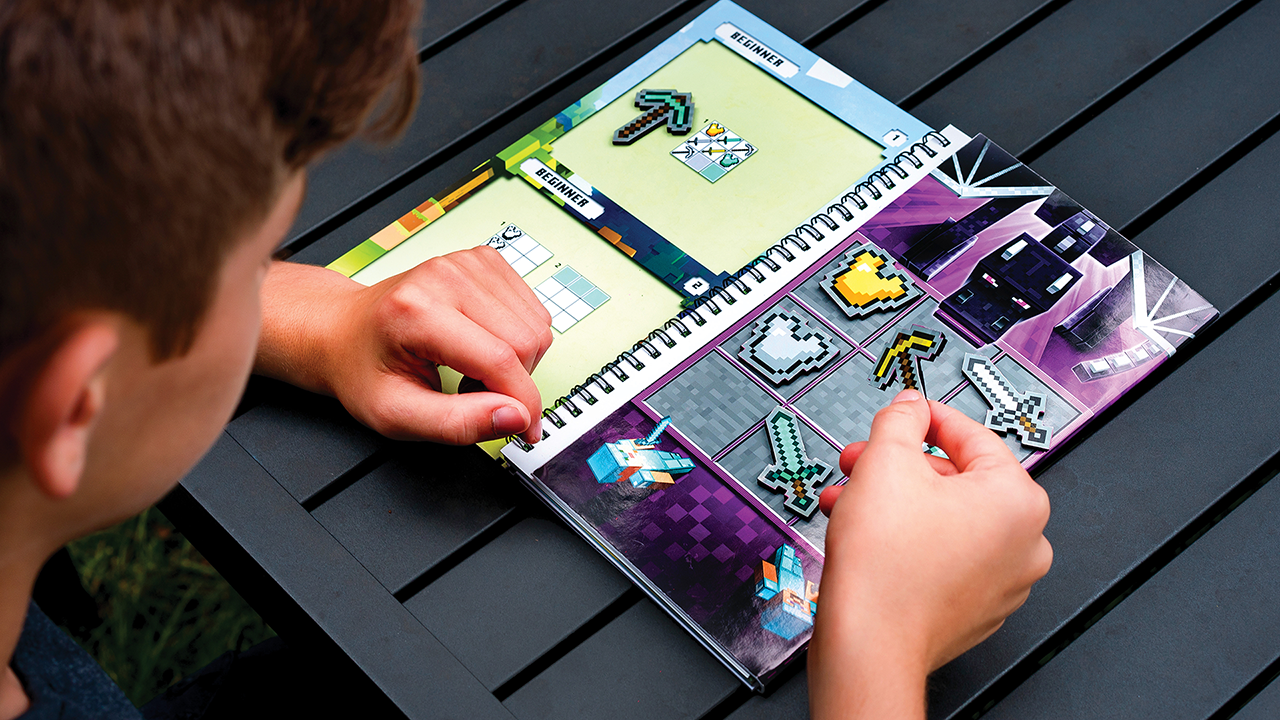 Game manufacturer ThinkFun has released a new single-player game for kids 8-and-up that’s themed after the popular Minecraft video game, and challenges kiddos to use deductive reasoning to solve challenges.

In Minecraft Magnetic Travel Puzzle, players must defeat the Ender Dragon by solving 40 challenges that the dragon has placed in front of them.

Rather than being a standard board game that you need to play on a table (or another flat surface), the Minecraft Magnetic Travel Puzzle can be played at home or on the go. The game contains a book of challenges that is attached to the game board (a magnetic surface), as well as nine magnetic playing pieces representing Iron, Gold, and Diamond armor, weapons, and tools from the Minecraft video game.

Each of the game’s challenges asks players to use the visual clues in the game book to place the magnetic playing pieces onto the game board (which is designed to look like a crafting table) so that the pieces match the patterns in the book.

Challenges may contain both positive (do this) and negative (don’t do this) clues, and the clues themselves come in multiple types. That is, one clue may give you a hint about where to place a specific item (like the Gold Pickaxe), while another clue may just relate to a pickaxe, without specifying a color. Finally, a third clue may only focus on the colors of the game’s objects, rather than their shapes.

Kids need to examine all of the available clues and use deductive reasoning to determine how to solve each challenge. The challenges are ranked from Beginner to Expert, so they'll become more difficult as kids progress.

To see a video explaining how the game works, head over to ThinkFun's Facebook page.

Similar to ThinkFun’s recently-released Dog Crimes, Minecraft Magnetic Travel Puzzle is technically designed for a single-player, but it can be played cooperatively by multiple children, or even by kids and adults.

Minecraft Magnetic Travel Puzzle is available on Amazon for $12.99.