Game News Roundup: Kids Will Soon Be Able to Play With Legos in Augmented Reality 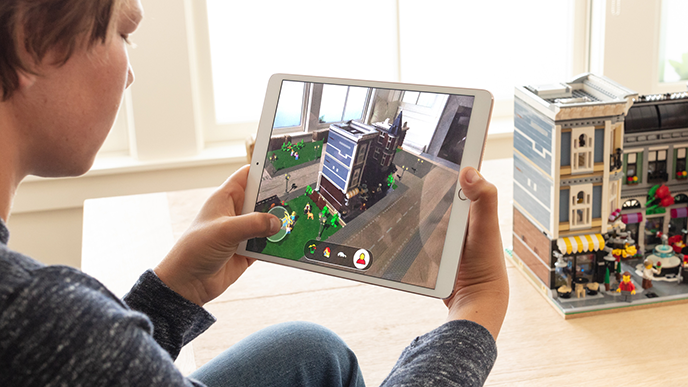 Here’s what’s happening in video games and tech, from Lego’s augmented reality experiences to the return of POGs.

Later this year, Lego will introduce new augmented reality (AR) experiences that will allow kids to interact with their Lego creations using an iPhone or iPad device. AR technology lets users point their device’s camera at the environment around them to see objects appear on screen that look as though they’re in the real world. As an example, Pokemon Go uses AR technology to let players see Pokemon in the real world around them.

Announced at Apple’s Worldwide Developers Conference (WWDC), these Lego experiences will let kids kids build structures, like Lego houses, in the real world, and then bring them to life within an iOS game. The game will let up to four players experience the same AR world at the same time, each on a different device. Users can complete missions as they play in order to unlock new digital items for their game worlds. When they’re done playing, the digital world can be saved and resumed again at a later time, just like you’d expect.

Teens are Turning to Instagram for Advice on Friends, Beauty, and More

Many tweens and teens have stopped turning to Google for advice on friendship, boys, and beauty. Instead, they’re following popular Instagram accounts that post “threads” related to these topics.

These threads contain multiple images that are typically filled with text and tutorials, rather than actual pictures. For instance, a thread may offer a list of recommended summer activities, or advice for dealing with acne. As The Atlantic reported, the accounts themselves are often run by older teenagers or college students.

These accounts make it easy for young users to find advice on topics they care about, but whether or not they’re receiving “good” advice depends on the thread. Parents, it’s important to talk to your kids about the content they view and interact with online, even if it seems benign. Remind them to come to you before following any advice that’s potentially dangerous or otherwise inappropriate.

POGs are Making a Comeback on Mobile Devices

POGs, the game of colorful “milk-caps” and slammers, was a huge 90s fad, and now it’s trying to make a comeback on mobile devices. POGs AR is an upcoming mobile game that will let players young and old collect and trade digital POGs, as well as compete against other players for a chance to win their POGs.

For a refresher, POG battles ask each user to place an equal number of POGs into a stack and then take turns hitting the stack with a heavy slammer, with the goal of flipping the POGs over to claim them.

POGs AR is expected to launch in September as a free-to-play game, but right now, it’s looking for backers on Indiegogo. Indiegogo is a crowdfunding site that lets people pledge money to a project, usually in exchange for receiving special perks when the project launches.

For POGS AR, one of those perks will let users scan their old POG collection into the new game. If you played with POGs when you were younger, and still have your collection buried away somewhere (raises hand), you can pay $15 (or more) to unlock the ability to scan those official POGs into the game. Sorry, the knock-off POGs won’t count.

Three-time NBA Champion and gamer LeBron James will be on the cover of the NBA 2K19 20th Anniversary Edition, which is launching later this year on Xbox One, PlayStation 4, Switch, and PC. The NBA 2K series of basketball simulation games lets users play games with real NBA players and teams in several gameplay modes.

James, a player for the Cleveland Cavaliers, is one of the most popular stars in the NBA, including among young fans, but if your kids are into basketball, you may have already known that.

This special version of NBA 2K19 will include a variety of digital items, including virtual currency. Users will also receive a physical sticker sheet, an NBA 2K19 poster featuring James, and a wristband containing words chosen by James that hold special meaning for him (these words will also appear on the game’s cover).

The NBA 2K19 20th Anniversary Edition will hit store shelves on September 7 for $99.99. The regular version of the game, without all of the extras, will be released on September 11 for $59.99.