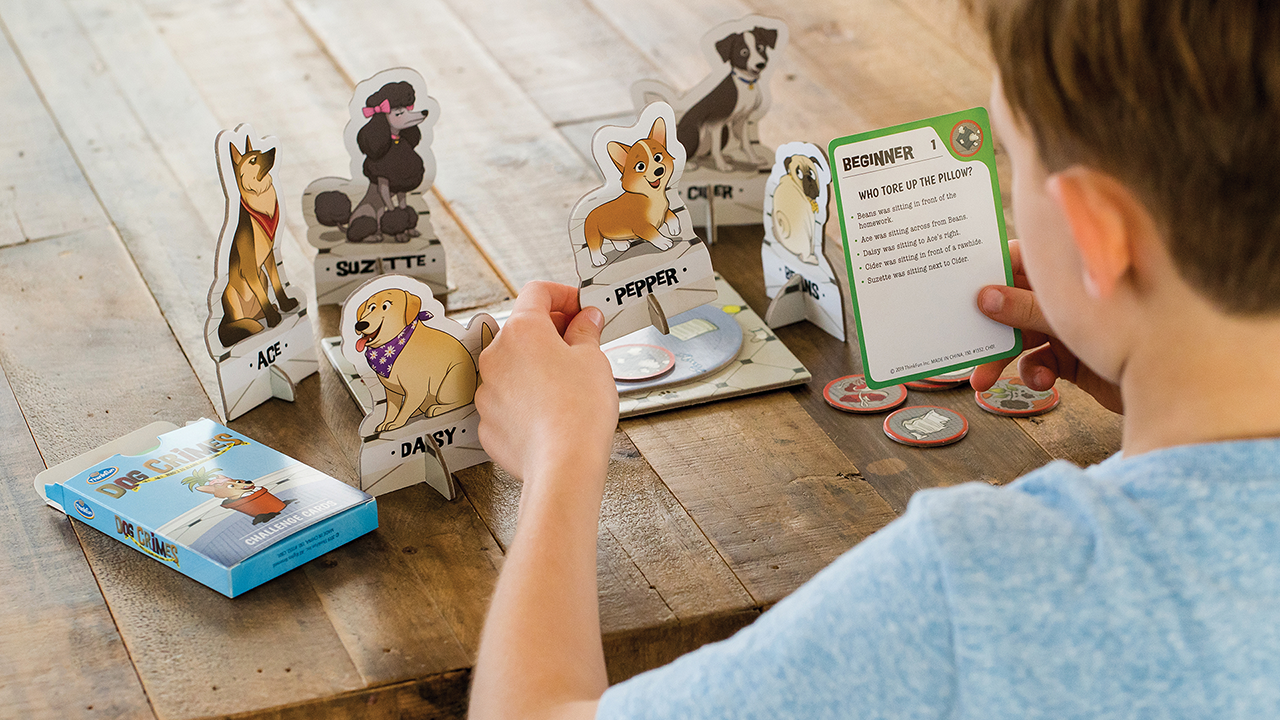 Game manufacturer ThinkFun revealed a dog-themed version of its popular Cat Crimes tabletop game, which has a similar setup and an appropriate name: Dog Crimes.

Dog Crimes is a single-player tabletop game for players 8-and-up, which will challenge kids (and adults) to use deductive reasoning to determine which dog was responsible for a variety of “crimes.”

The gameplay in Dog Crimes is similar to that of grid-based logic puzzles, but instead of using “Xs” and dots to keep track of the game’s clues on a grid, you have six dog-themed character pieces and a game board that will help you keep things straight.

There are 40 different crimes to solve, which range in difficulty from “Beginner” to “Expert.” Each crime comes with a question to answer, such as “Who tore up the pillow?”

To solve a crime, you’ll first need to place the corresponding crime token on the game board next to one of the six places where dogs can sit. From there, you’ll need to use the clues on the crime’s card, as well as the information provided about the six dogs, to figure out where each dog should be placed around the board. When you reach the correct solution, the dog that’s sitting next to the crime token is the culprit.

Here's an example of how a case may work. To start, one clue may read “Pepper was sitting in front of a rawhide & a sock.” Since that tells you where Pepper was sitting (rather than requiring you to figure it out), you can quickly place Pepper’s figure in the proper location on the game board.

Another clue for this same crime may say “Beans was sitting across from Pepper.” Since you already know where Pepper was sitting, you can use that information to put Beans’ figure in place as well. Each game will continue until you’ve placed all six dogs correctly and have determined the culprit.

While Dog Crimes is technically a single-player game, it can also be played cooperatively by people of all ages, which we just love.