The Pokemon TCG: Sword and Shield Expansion Is Out Now 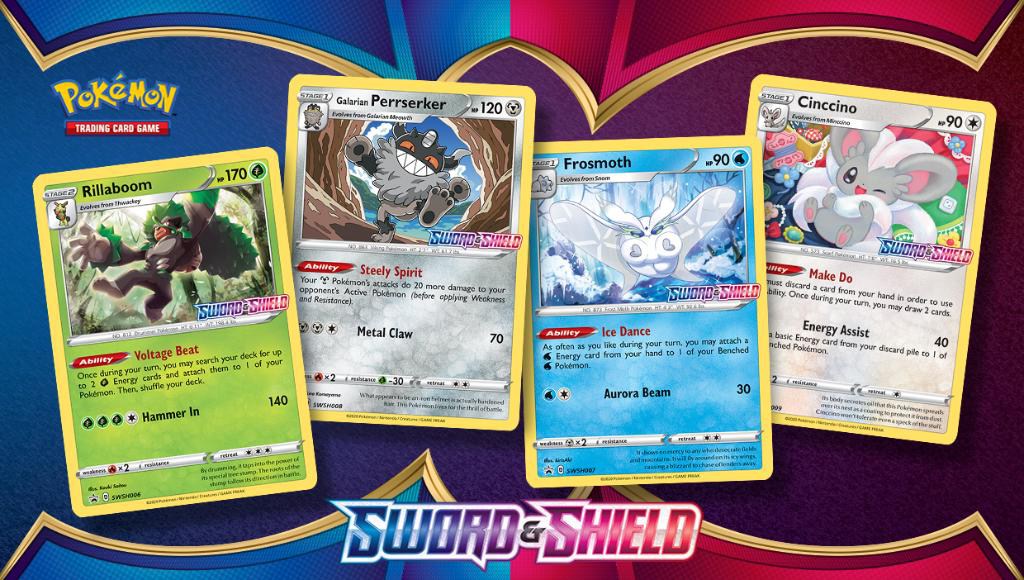 In November of 2019, we learned about a new expansion coming to the Pokemon Trading Card Game that would be inspired by Pokemon Sword and Pokemon Shield on Nintendo Switch.

Now, the wait is over and the Pokemon TCG: Sword and Shield expansion is live in the wild. The expansion contains over 200 new cards and introduces a new Pokemon V and Pokemon VMAX gameplay mechanic.

Specifically, this expansion includes special Pokemon V cards that can be evolved into Pokemon VMAX cards, which contain artwork of Dynamax and Gigantamax Pokemon. These two features -- Dynamaxing and Gigantamaxing -- are a big part of the gameplay in Pokemon Sword and Shield.

Here are some quick stats and additional details about this expansion:

Finally, this expansion is considered a “standard legal deck,” and you’ll also be able to access the expansion in the Pokemon Trading Card Game Online.

For more information about the Pokemon TCG: Sword and Shield expansion, head to the official Pokemon website.