Love This, Play That: Kart Racers 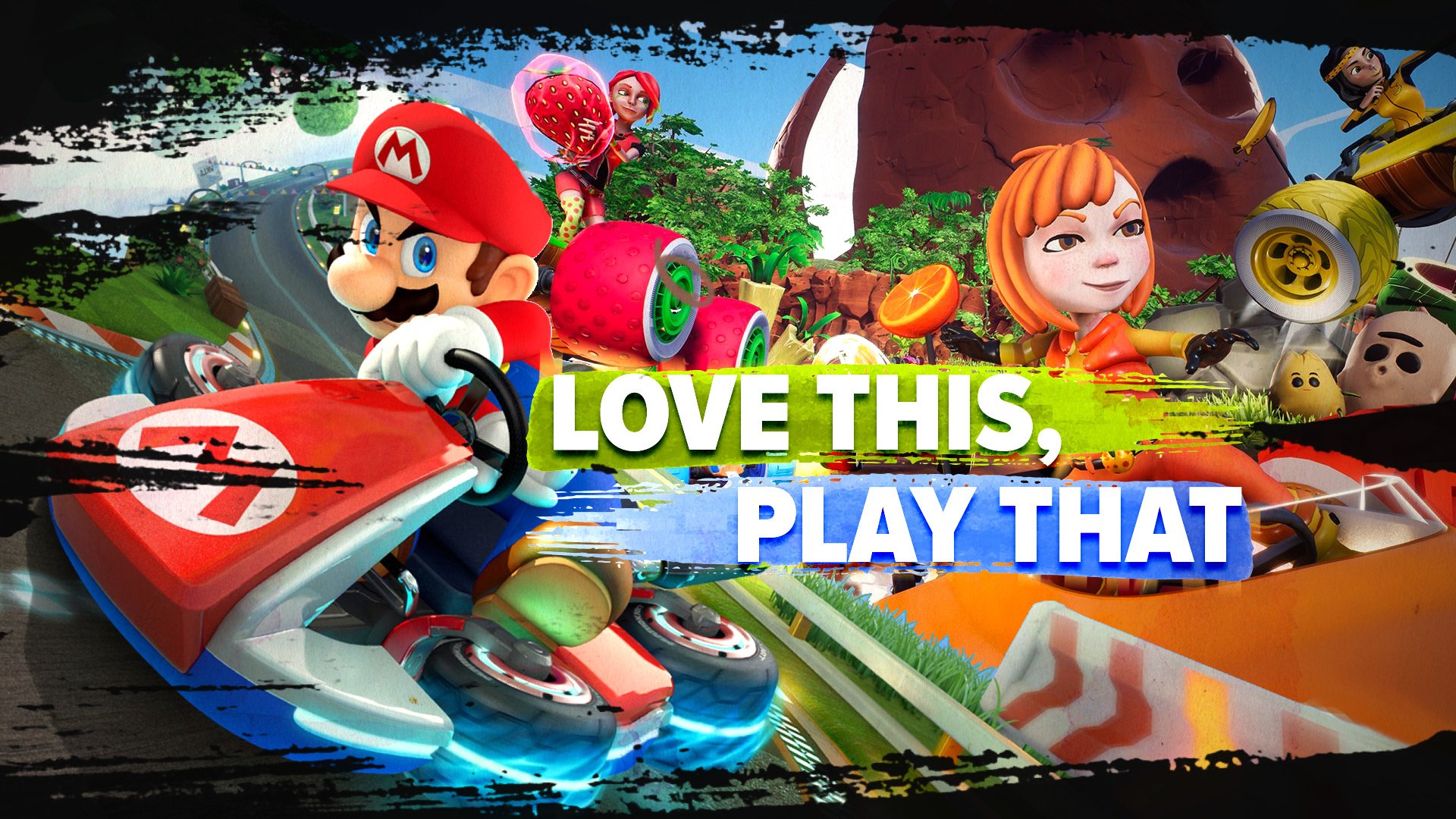 Mario Kart is a beloved series, especially among lightweight racing game enthusiasts. These games, called kart racers, are the epitome of good, clean fun in racing games. There’s no just-like-real-driving simulation to contend with, unlike Project Cars or Forza, so you get straight to the joy of the race without having to learn fiddly controls and fail your way upwards. Kart racers are also universally loved among parents of gamers, due to the fact that It doesn’t take much to learn how to play a kart racer, even if you’re not a gamer yourself.

So, if your family loved Mario Kart 8 for Wii U or Mario Kart 8 Deluxe for Switch, there are a few more kart racers you should check out. Keep in mind that a few of these games are older, but they’re a great leap-off point to whet your kart racing appetite.

Sonic & All-Stars Racing Transformed is more than a mere kart racer — it’s a kart racer with a number of well-known faces from gaming. The game’s a bit older now, as it was released in 2012, so the graphics aren’t nearly as beautiful as Mario Kart 8. But the gameplay is fantastic. Controlling the karts is almost exactly what you would expect to be, especially if you have experience with Mario Kart. The accessibility options, like assisted driving, aren’t baked in like Mario Kart 8 Deluxe, so if you’re looking for those “quality of life” updates, you won’t find them in this 2012 kart racer. But if you and yours have some experience with kart racing, Sonic & All-Stars Racing Transformed won’t disappoint.

You can find Sonic & All-Stars Racing Transformed on Steam (PC), Xbox One, and PlayStation 3.

If your kids enjoyed playing LittleBigPlanet 3 for PS4 (or any of the previous LittleBigPlanet games from Media Molecule), LittleBigPlanet Karting is an approachable kart racer that was built with a number of the same mechanics as ModNation Racers. Greg Miller, former IGN writer and current Kinda Funny personality, wrote, “[The ModNation] creators have taken the LittleBigPlanet franchise and wrapped it around ModNation's established racing engine.” It wasn’t a widely beloved game, unlike Mario Kart, but it has familiar (sackboy) faces for your LittleBigPlanet loving kiddos.

You can find LittleBigPlanet Karting (and ModNation Racers) on PlayStation 3.

Trials Fusion isn’t a kart racer, but it’s such a fun-loving, irreverent take on a physics-based racing game that it had to be included in this round-up. Trials Fusion continues to be one of my favorite PlayStation 4 games, after all. When my youngest son was small, this was his go-to. Trials Fusion was where he learned to play racing games as well as he does now. It’s a four-player multiplayer experience where you race against one another in lanes, driving ever-onward to the next checkpoint, hopefully not racking up too many negative points by crashing. There aren’t any power-ups or traditional kart racing mechanics in Trials Fusion, but it’s uproarious fun if you’re looking to experience a physics-based racing game that is so fun that you forget you’re terrible at it.

Supersonic Tank Cats is an indie kart racing game that is so syrupy cute that you might get a cavity from looking at it too long. You play as Tank Cats — yes, cats that are tanks — on four different tracks with a number of familiar power-ups and attacks (though not exact replicas) from Mario Kart. Supersonic Tank Cats is only available on Steam (PC) and, as of the time of this publication, is currently in early access, which means that the game is still under development. It’s a steal of a deal at $9.99, so if you want to play it before it’s officially released, get in before the price goes up.

All-Star Fruit Racing is what I imagine Sugar Rush Racing from Wreck-It Ralph would be. It’s candy-coated kart racing goodness that features 21 courses, a number of different modes to play in, and a bunch of different karts to unlock and customize. All-Star Fruit Racing, like Supersonic Tank Cats, is still in early access on Steam (PC), but the developers have plans to release their game on all major platforms, including Xbox One, PlayStation 4, and Nintendo Switch, on August 21.

Rocket League isn’t a kart racer at all. In fact, it’s a soccer game! But it’s a soccer game that’s played with go karts and cars! Rocket League is more sports than racing, of course, but if you’ve been looking for a kart game that is about as zany (and effervescent) as it gets, Rocket League is a great game to dig into. It’s a steep learning curve, but it’s well worth the hours you’ll put into learning it. Once you’ve got it, the tricks and wild combinations of passing and shooting goals will keep you and your kiddo endlessly entertained.

You can pick up Rocket League on PS4, Xbox One, and Steam (PC).